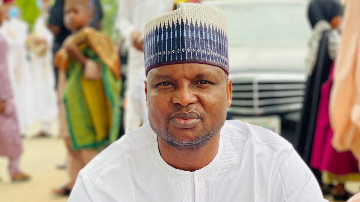 On February 14, National Drug Law Enforcement Agency (NDLEA) declared Kyari wanted “over his involvement in a 25kg cocaine deal”. Hours later, the police announced his arrest and subsequent transfer to the custody of NDLEA.

Kyari filed a fundamental human rights suit against the federal government, describing the drug trafficking allegations against him as trumped-up.

He demanded the sum of N500 million in damages for his alleged unlawful detention.

On Monday, he approached the Abuja federal high court to seek bail on the grounds of ill health.

The application was, however, not heard as Inyang Ekwo, the judge, ordered that the respondents be served with all court processes.

He then fixed the hearing of the application for Thursday.

However, at the court session, the application could not be heard.

Cynthia Ikenna, Kyari’s counsel, told the court that she had served court processes on the respondents as directed on Monday.

Although Mike Kassa, respondent counsel, acknowledged service of court processes, he said the application for bail was not included.

He told the court that he has already served his counter affidavits on the applicant.

However, Kyari’s counsel insisted that the bail application was served on the federal government. She also said the proof of service is in the court’s records.

The judge directed the applicant to serve the respondent a copy of the motion in court and stood down the matter for an hour.

When the matter was called again, Joseph Sunday who announced appearance for the federal government, requested time to enable him respond to the motion.

Consequently, the judge adjourned the matter to February 28.

NDLEA, on Monday, obtained an order to further detain Kyari and six others for 14 days.