BRIT Awards 2022: Anne-Marie Falls Down The Steps During Performance (Video) 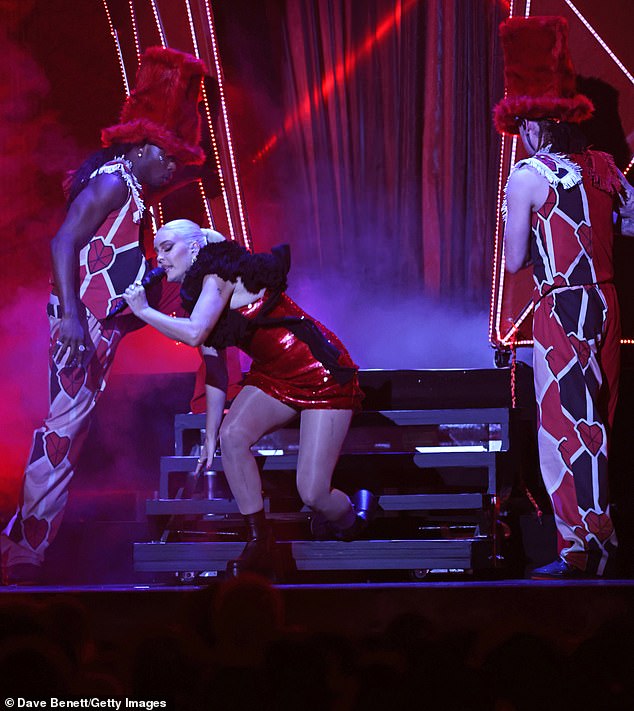 Anne-Marie is receiving an outpouring of love on social media after suffering a dramatic fall during her performance at The BRIT Awards on Tuesday night.

Things took a bad turn when the 30-year-old singer fell down a set of steps while singing out Kiss My (Uh-Oh) in front of a 20,000-strong audience at The O2 Arena.

The singer, who had joined forces with KSI for the duet, had just started her vocals when she lost her footing and ended up at the bottom of the stairs.

Her voice wavered as she toppled onto her hands-and-knees but, like a true pro, carried on with the showstopping production.

Despite the embarrassing blunder, her adoring fans took to Twitter to voice their support, saying she quickly picked herself up and proved herself a ‘total pro’.

Even her backing dancer couldn’t hide his shock as he looked on in surprise at the jaw-dropping spectacle. 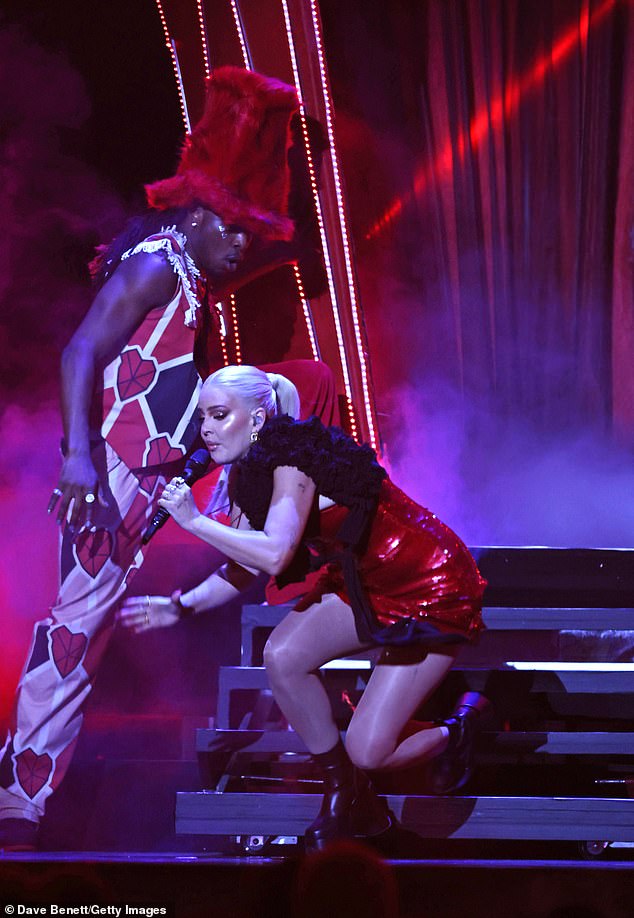 The 2002 songstress was soon joined on-stage by YouTuber-turned-rapper KSI, as they proved themselves to be quite the pairing during a collaboration.

She soon took to Twitter to brush off the controversy, writing: ‘Didn’t need my left ankle anyway.’

Anne-Marie ensured she caught the eye of onlookers as she went without a bra at the event’s red carpet earlier in the night.

The hitmaker showcased her impressively flat stomach as she opted for a skimpy black wrap-around string top which left little to the imagination.

The moment Anne-Marie falls over on stage during her performance at the Brit Awards. #BRITs

It’s how she graciously picked herself back up for us🙌🏿#BRITs pic.twitter.com/W6POJxoVu6

well Anne Marie recovered from her fall like an absolute queen #brits2022 pic.twitter.com/6JPrdrRjSs

everyone say thank you to anne marie for being the only interesting part of the brits 2022 pic.twitter.com/xn3Hvs52LC

Never let a fall distract your goal. @AnneMarie rose like no freak came up and ended up her performance excellently great. @Gidi_Traffic people pic.twitter.com/aCMgqRzi8E

@AnneMarie welldone for carrying on thru the fall last night fantastic performance hopefully your not in to much pain today i would of been shouting in pain after that .

How good was the @BRITs ? Loved it 😍 FairPlay to Anne Marie for her great recovery after tripping bless her very professional 💪

you a tough bird!
Rest, Ice, Compression, & Elevation (maximum 11mins ice on ankle).
you will need someone to bring you ice-cream
[conveniently stored with the ice].
get well soon.

Outrage As Fan Grabs Ruger’s Manhood While Performing On…