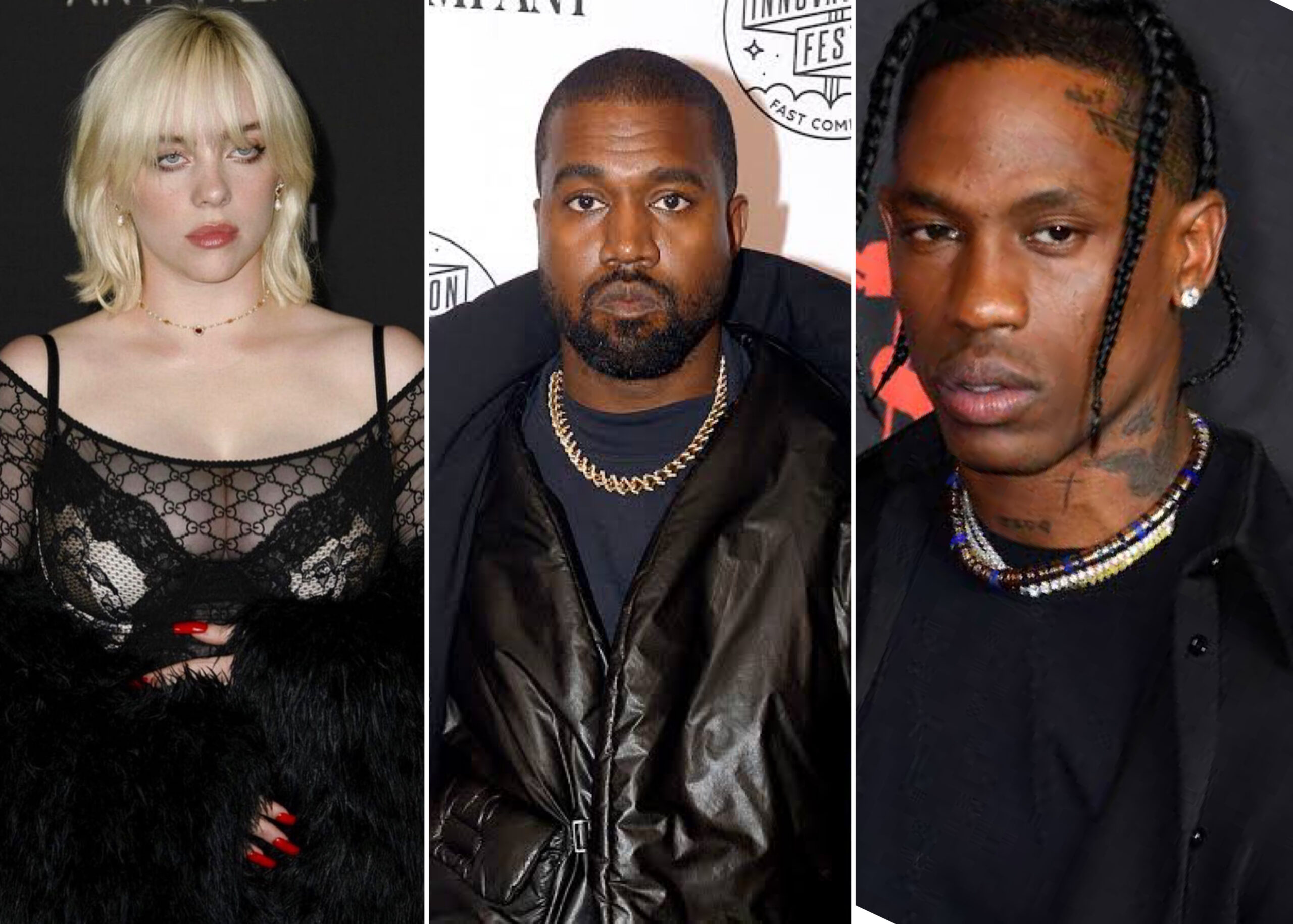 Billie Eilish has denied she threw shade at
Travis Scott after Astroworld tragedy while stopping a show to help a fan that was having an asthma attack.

The singer, 20, had been filmed pausing one
of her shows to check on a fan and make sure they got an asthma inhaler before telling the audience: “I wait for people to be okay until I keep going!”

While she did not name Travis, 30, some took the comment to be referencing his Astroworld concert from November, during which he was accused of ignoring fans in difficulty to keep performing, something he denied, claiming he was unaware of what was happening.

Ten people died and hundreds were inured after crowds surged towards the stage in Houston Texas, leaving some fans crushed and trampled by the weight of the crowd.

After Billie’s clip went viral, Kanye, 44, took to Instagram to demand she apologises to Travis before he would perform at Coachella with the rapper.

He wrote alongside a screenshot of a news story;

Come on Billie we love you please apologise to Trav and to the families of the people who lost their lives no one intended this to happen.

Trav didn’t have any idea what was happening when he was on stage and was very hurt by what happened!

And yes Trav will be with me at Coachella but now I need Billie to apologise before I perform!

Billie denied that her comments were aimed at Travis, writing in response: ‘Literally never said a thing about Travis. Was just helping a fan!‘

Kanye and Travis are yet to publicly respond but Ye is due to headline Coachella from April 15 until April 24 alongside Harry Styles and Billie Eilish on different days.

CBN To Stop Sale Of Forex To Banks By Year End