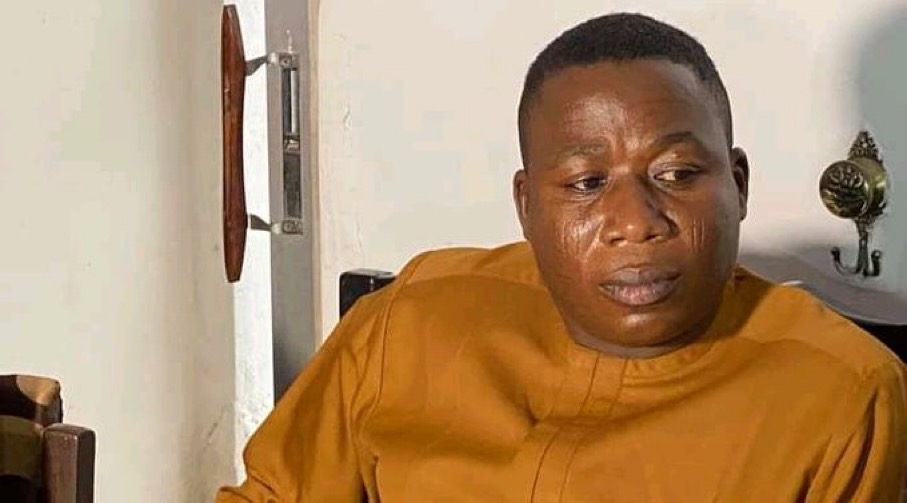 President of Agbekoya Worldwide, Kamorudeen Okiki says the group will use traditional power to free Sunday Igboho if the government of Benin Republic fails to release him from its prison.

Igboho has been in detention in the francophone country since he was arrested in July 2021, at an airport in Cotonou.

Before his arrest, the Federal Government of Nigeria had declared the leader of the Yoruba Nation secessionist group wanted.

Following his arrest in Cotonou, a Beninese court blocked his immediate extradition to Nigeria while ruling that the political enforcer be remanded in prison pending further hearing.

However, during a rally in Osogbo, on Thursday, February 3, 2022, Okiki, the leader of Agbekoya said Igboho should not be detained “illegally” because he is not a criminal.

Speaking further after he had delivered a letter containing seven-point demand of the group to Ataoja of Osogbo, Oba Jimoh Olanipekun, in his palace following a successful rally on major streets in the state capital, Okiki also lamented the high rate of corruption in government business.

Okiki warned the Government of Benin Republic to release Igboho before the group uses traditional power to release him.

Sunday Igboho is not a criminal. We will continue to say that. We know that it is the federal government that is holding Igboho in Benin Republic, but we are telling Benin Republic authorities now to legally release him using their court.

They should release him legally and quickly because they are not taking him to court again, or we will use our traditional means and powers to take Igboho out of detention.

Igboho has now spent close to 200 days in detention.

Son Of Ex-Rector Of Federal Poly Offa Convicted Over Cybercrime