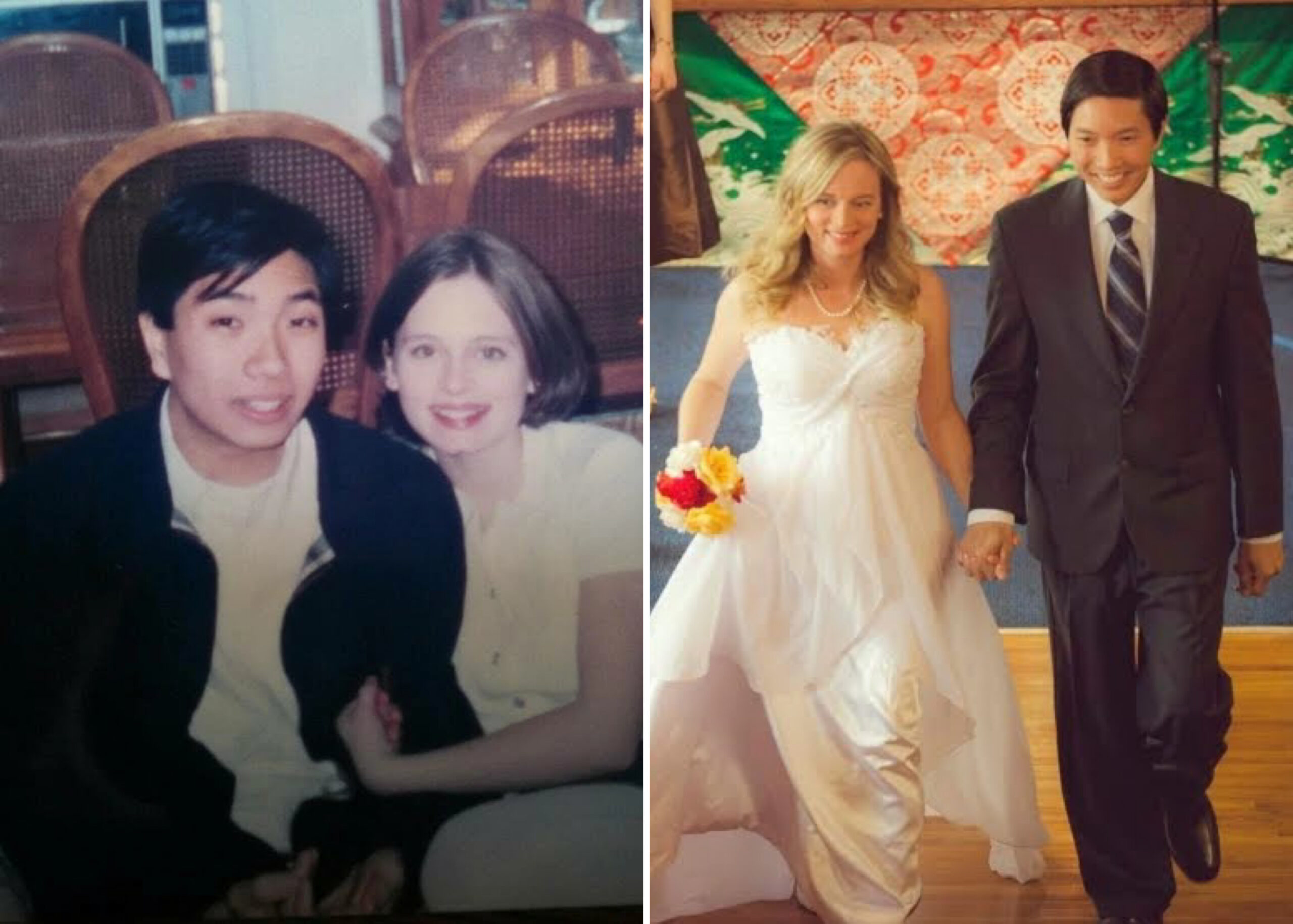 A woman has reunited with her childhood sweetheart after tracking him down on Facebook after 15 years – and now they are happily married with a son.

Olivia Mai, 40, fell for Tam Mai, 42, when they were just kids at a chemistry club party in December 1995, MetroUK reports.

The couple was together for three years during secondary school before they went their separate ways.

I was only 14 but we were both very nerdy and into video games. We just got on so well.

After Tam, who is now a restaurant manager, moved away to study at University of Georgia, which is five hours from their hometown of Brunswick, they found it hard to stay in touch and ultimately broke up.

However, after moving away to different colleges their relationship was strained, and they both struggled with the racial abuse they endured due to Tam’s Vietnamese heritage.

We had a wonderful relationship at the time, but it was just right person wrong time. I thought about him a lot but we both had different lives for 10 years. I never thought it would be possible to get back together.

The two had moved on with different people and Olivia was even married but still thought of Tam over the years and spotted him on Facebook 10 years after they broke up in 1999.

They messaged back and forth but Olivia never considered that it was a possibility that they would get back together.

I thought he wouldn’t want me back. I thought it would be impossible.

After Olivia’s husband got jealous of their messages, they lost touch again.

We bumped into each other in 2012 at a Christmas party we were both at. It was the first time in 13 years that we had seen each other, and he looked so great.

However, when her marriage fell apart and she moved to California, she made a new Facebook and deleted her old account.

“Tam popped up as a suggestion on my Facebook as we still had lots of mutual friends,” Olivia said.

He didn’t see my message for a while but as soon as he did, we ended up chatting for five hours. I dreamt about him and the next day I asked if wanted to give us another try, and he said yes. He didn’t even hesitate.

Within three months, Tam moved from Atlanta to Florentine, California to be with his high school sweetheart in September 2014 and they got engaged in April 2015 and welcomed a baby boy together in January 2016.

She said; “We’ve been inseparable ever since. It was meant to be.”