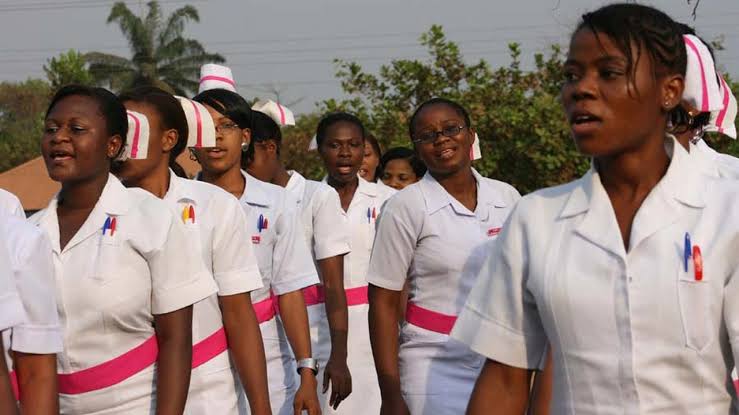 Governor Babajide Sanwo-Olu of Lagos and the Nigerian Association of Nurses and Midwives (NANNM), Lagos State Council have agreed on issues causing disaffection between the two parties.

Sanwo-Olu on Sunday held a closed-door meeting with NANNM members where the grievances of the nursing workforce in the state were addressed.

At the end of the two hours meeting, the governor pledged the government’s sincerity in the implementation of all that was agreed on, to the delight of the nurses’ representatives.

We prioritise quality healthcare delivery in Lagos state, and our nurses are very important to achieving our objective.

The chairman of the Lagos council of NANNM, Olurotimi Awojide, thanked Sanwo-Olu for acceding to most of their requests.

Awojide, however, promised to call an emergency congress of the association on Monday, where the union would announce its decision to call off the planned industrial action.

NANNM in Lagos had ordered its members to embark on a three-day warning strike from January 10 over unmet demands by Sanwo-Olu’s government.

All the requests we have made from the state government are to ensure that more nurses are not driven into the frustration that can lead them to leave the service.

Awojide, however, lamented that despite engagements, the government has yet to respond to the association’s challenges.

In our estimation, the state government has yet to fully come to terms with how incredibly challenging the situation in the health sector has been for our members, especially since 2020.

Awojide noted that the association’s requests to the state government included: resolving the shortage of nurses and midwives and retention of incentives to arrest the turnover rate.

Others, he said, were proper consolidation of CONHESS Salary Structure and improved working conditions.

Awojide stressed that the continued attrition of nurses to foreign countries had led to an acute shortage in the staffing of health facilities.

According to him, 496 nurses left the service of the State Health Service Commission from 2019 to 2021, with less than 15 per cent arising from statutory retirement.

More than 200 nurses left the service of Lagos State University Teaching Hospital within the same period.vOver 80 have left the Primary Healthcare Board from 2020 till date, thus leaving the healthcare with 700 nurses and midwives.