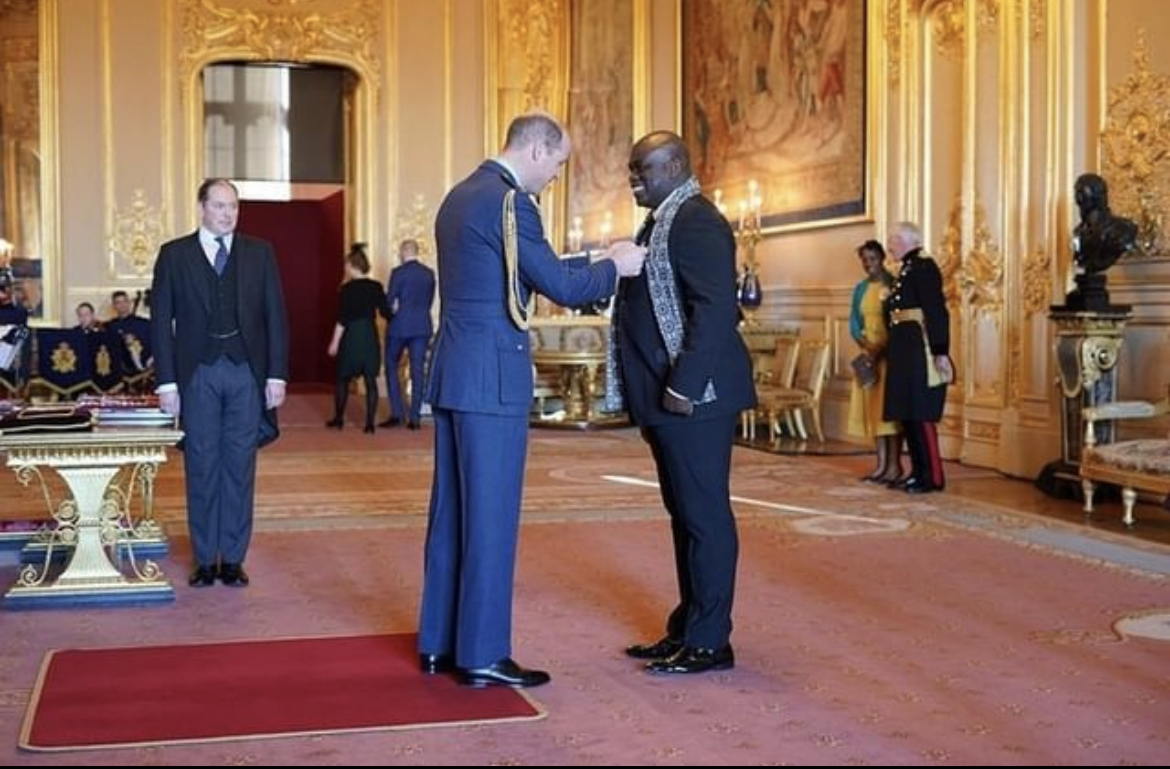 British gospel singer of Nigerian descent, Muyiwa Olarewaju has received the Officer of the Order of the British Empire (OBE) Award.

The award-winning singer was presented the Officer of the Order of the British Empire medal by Prince William at an investiture ceremony held at Windsor Castle on January 12 2022.

The BBC One talent show judge and radio host was awarded an OBE in the Queen’s Birthday Honours List 2020 for his services to music. 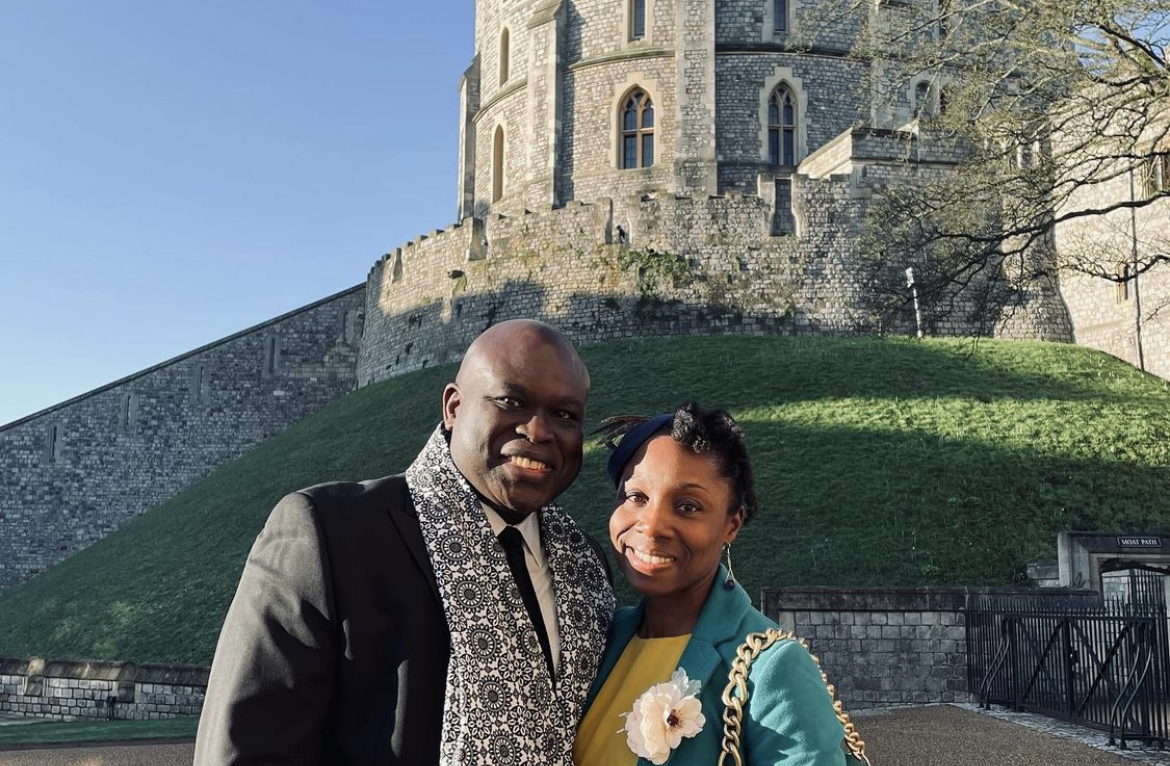 Taking to Instagram to celebrate his Award, he shared pictures from the event captioning the slideshow, he wrote;

For Services To Music. Thank you to everyone that has relentlessly invested in this “young man”, you made it possible….

A lecturer of mine told me no one is paying attention to you doing gospel music…..years later, here we are…. #grateful

A vibrant performer, Muyiwa Olarenwaju is known to television audiences as a star of Songs of Praise’s Gospel Choir of the Year. 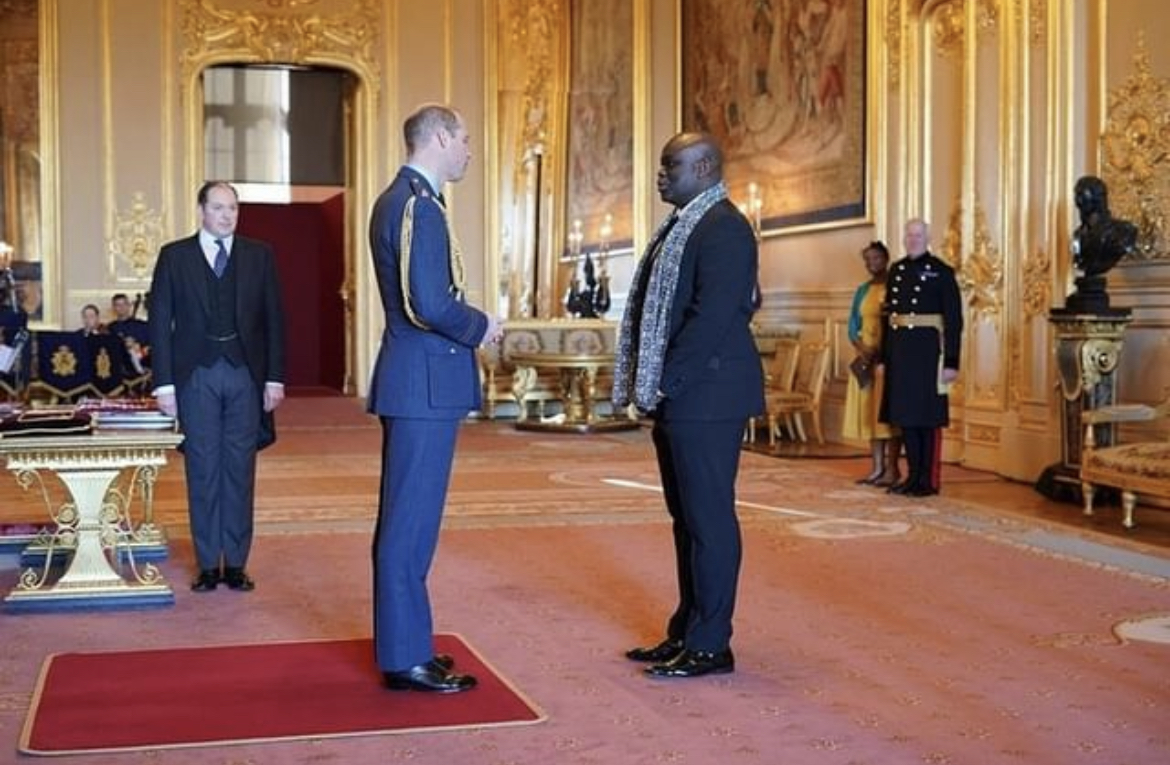 He has been hugely instrumental in popularising the gospel music genre globally by mixing traditional gospel music with elements from Africa, the Caribbean and Asia, with soul, R&B and pop.

Receiving a well-deserved honour for his service to music, Muyiwa has brought his unique style to music fans around the world, touring with legends including Stevie Wonder and Mariah Carey. He has worked alongside superstars Bob Dylan and Lauryn Hill. 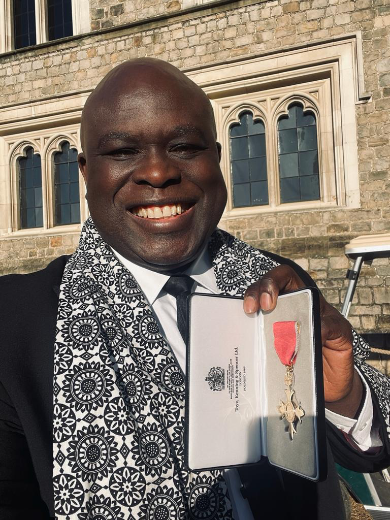 Olarewaju was awarded an OBE when he appeared on Queen Elizabeth’s 2020 birthday honours list but received the medal during an investiture ceremony on Wednesday, January 12, 2022.