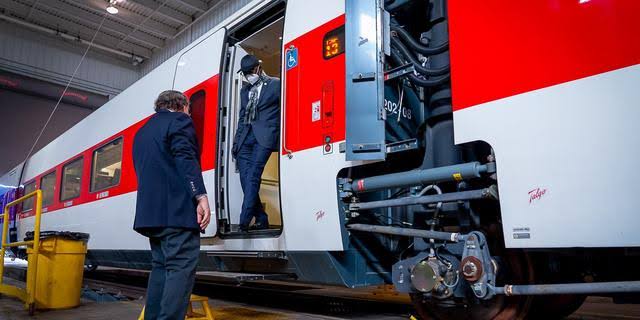 The state Governor, Babajide Sanwo-Olu had on Tuesday completed acquisition deal of the trains at an event inside the Milwaukee facilities of Spanish train manufacturer, Talgo Incorporated, in the U.S.

The trains will be heading for Lagos for the state’s Red Line – a 37km track rail project. 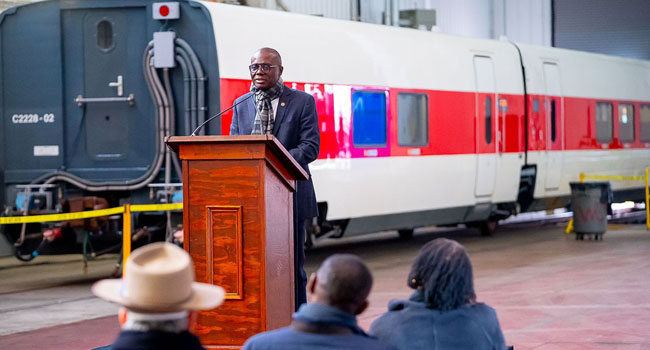 On completion, the Red Line will have 11 stations and move passengers from Agbado to Oyingbo, making it the first operational metro system in West Africa.

Sanwo-Olu said the state government was excited to complete the purchase of the two brand new trains.

He expressed that acquisition was in line with his administration’s commitment to efficient traffic management and transport system. 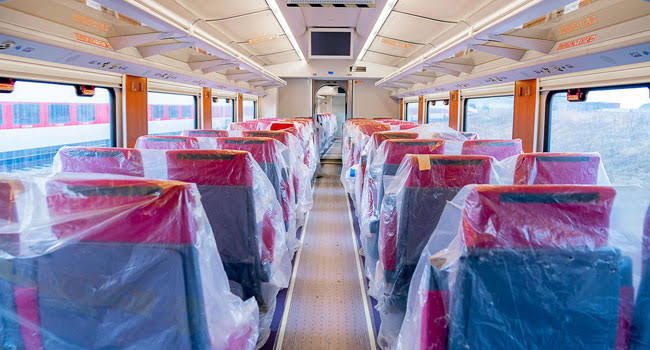 The governor was accompanied on the trip by the state Commissioner for Transportation, Dr Frederic Oladeinde; Adviser to the Governor on Works, Mrs Aramide Adeyoye; and Managing Director, Lagos Metropolitan Area Transport Authority, Mrs Abimbola Akinajo.

He said that the government officials inspected the trains, saw the configuration and were satisfied that the trains fitted into the tracks of the Red Line. 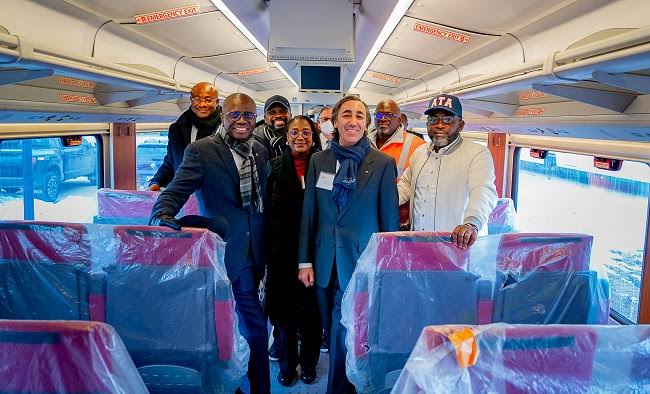 A train is not something you can just go on the shelf and pick up. We are very lucky to get brand new trains. We have seen our beautiful white and red trains. Coincidentally, the rail line is called Red Line and you can see they have given us the colour. We are just going to brand it and put our seal there.

He hoped that the purchase of the trains would be the beginning of a mutually-beneficial business relationship between Lagos State and the trains manufacturer. 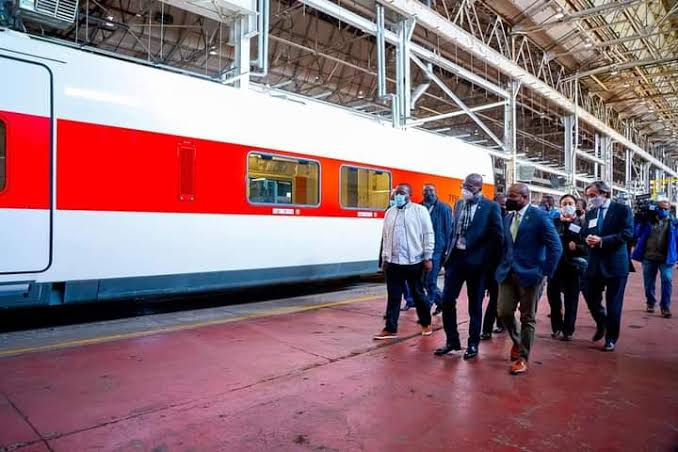 Providing source of livelihood for our citizens is all about providing jobs for our people and that is what we are doing. It is about ensuring that we can build our economy; people can move from one location to another and businesses can grow.

He said that part of what the government had achieved in the last two and half years was Integrated Urban Mass transportation system, in which road, waterway and rail infrastructure would be used to move over 20 million residents within and around the state.

The Acting Milwaukee Mayor, Mr Cavalier Johnson, who received Gov. Sanwo-Olu in the city, said that it was bittersweet to have missed the opportunity to have the trains operate in Milwaukee and in Wisconsin.

Johnson congratulated Gov. Sanwo-Olu on the acquisition of the trains, and hoped that it would ease movements across Lagos State.

It doesn’t make any good for the trains that we built to be stored and kept without passengers riding them.

The governor promised Lagos State residents that the Red Line would begin by the last quarter of 2022 or first quarter of 2023, with a capacity of 500,000 passengers daily.