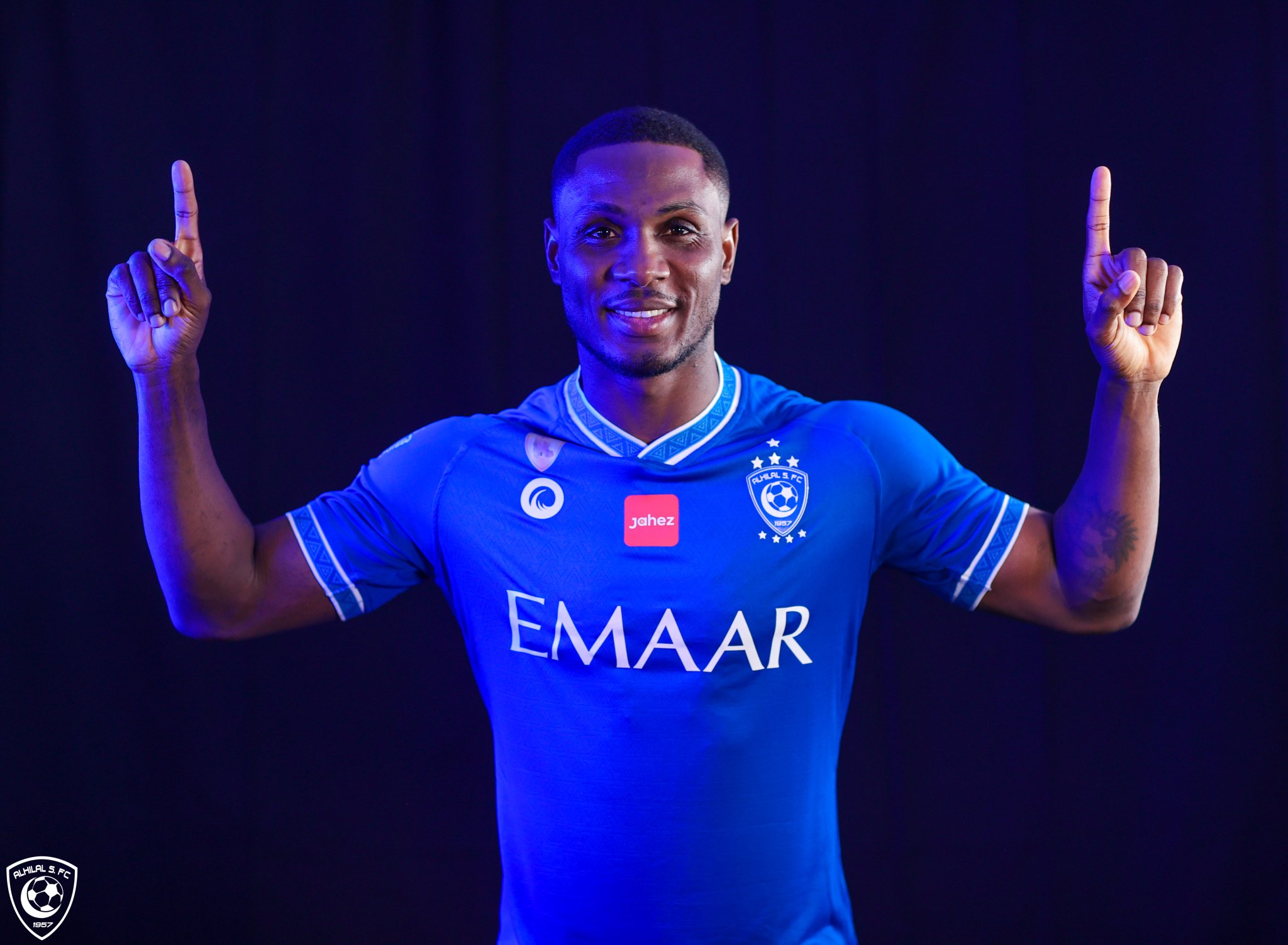 Super Eagles striker, Odion Ighalo, has confirmed his move from Al Shabab to another Saudi Arabian side, Al-Hilal on a one-and-a-half-year deal.

Al-Hilal announced the new development in a tweet on Saturday night, saying;

Ighalo also confirmed the move via his Twitter page, saying;

The former Watford and Manchester United man agreed a deal with Al Hilal until June 2023. The 32-year-old is joining the Blue Waves for an undisclosed fee.

Al-Hilal who are currently fourth in the Saudi League announced the signing of the Nigeria international on their social media handles on Saturday until June 2023.

The striker is a direct replacement for Bafétimbi Gomis. The Frenchman’s contract was terminated on January 24.

The former Manchester United striker is currently the top scorer in the Saudi Arabian league with 13 league goals from 19 appearances but his transfer will come as a shock to Al Shabab fans.

Al Hilal are fourth on the table, 10 points behind log leaders Al-Ittihad.

Ighalo’s transfer may be connected to the debacle he had with the Al Shabab after their refusal to release him for the ongoing Africa Cup of Nations in Cameroon, a situation which left the West African nation without experience in attack in the competition.

Super Eagles interim coach, Austin Eguavoen, then claimed the Confederation of African Football (CAF) blocked him from calling up a replacement for the player.