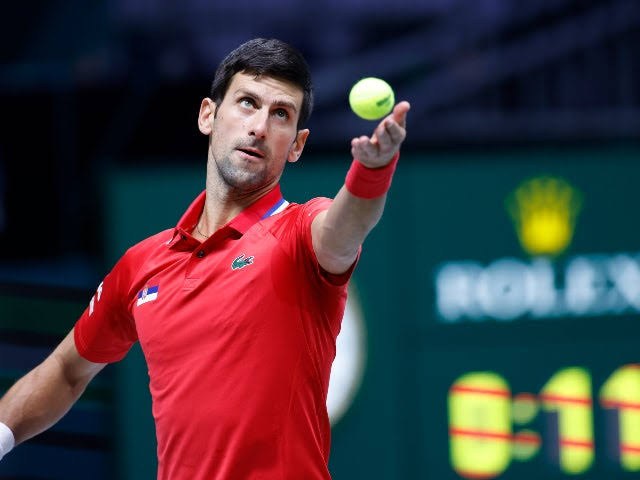 Novak Djokovic’s visa has on Friday been cancelled by Australia’s immigration minister, casting further doubt over his participation in the first grand slam of the year.

The tennis player previously won his court appeal against the cancellation of his visa but the Australian government said it would continue to explore ways to deport him, which it has now done.

On Friday, the Australian immigration minister, Alex Hawke, exercised a personal power to cancel Djokovic’s visa, likely to result in the world No 1’s deportation.

The move has thrown the world tennis no.1’s quest for a 10th Australian Open into turmoil with the tournament to begin on Monday.

The decision means that Djokovic could be effectively barred from re-entering Australia for three years unless he can show in future bids that compelling circumstances exist, such as compassionate or Australian national interest grounds.

Australian Immigration Minister made the declaration as Djokovic’s lawyers prepare to file an immediate injunction against the decision.

If he doesn’t challenge the decision in the courts or is unsuccessful in doing so, he will be immediately deported from the country.

Today I exercised my power under section 133C(3) of the Migration Act to cancel the visa held by Mr Novak Djokovic on health and good order grounds, on the basis that it was in the public interest to do so.

This decision followed orders by the Federal Circuit and Family Court on 10 January 2022, quashing a prior cancellation decision on procedural fairness grounds.

In making this decision, I carefully considered information provided to me by the Department of Home Affairs, the Australian Border Force and Mr Djokovic.

The Morrison Government is firmly committed to protecting Australia’s borders, particularly in relation to the Covid-19 pandemic.

The decision follows comments from the prime minister, Scott Morrison, on Thursday that he expects authorities to apply the policies of the government that non-citizen non-residents must be double vaccinated or have an acceptable medical exemption.

It also comes few days after Djokovic released a statement trying to clarify ‘ongoing misinformation’ about his movements and visa application, but admitted there were mistakes on his immigration forms.

Additionally, Djokovic conceded his agent made an “administrative mistake” when declaring he had not travelled in the two weeks before his flight to Australia and acknowledged an “error of judgment” by not isolating after he tested positive for COVID-19.

Djokovic claimed he did not know he had COVID-19 when he attended two events in Serbia in December.

The revelations led to more public outcry in Australia, which has had some of the toughest COVID-19 restrictions over the past 18 months despite more than 90% of the adult population receiving two jabs.

The COVID-19 vaccine skeptic tennis star arrived in Australia on the evening of 5 January. He believed that a visa granted on 18 November and an exemption approved by Tennis Australia’s chief medical officer and a Victorian government independent expert panel would be sufficient to enter Australia.

However, he was denied entry amid questions over the medical exemption he was given prior to the tournament.

After late-night questioning at Melbourne airport, Djokovic’s visa was initially cancelled by a delegate of the home affairs minister last Thursday, on the basis a recent COVID-19 infection by itself was not sufficient for an exemption from Australia’s strict vaccination requirements.

The delegate concluded that, since he was unvaccinated, Djokovic posed a risk to public health.

Djokovic then spent four days in a detention hotel before a judge dramatically overturned the decision and ordered his release.

The government refused to rule out further action, however, immigration minister Alex Hawke considered intervention due to errors in Djokovic’s application or for ‘character grounds’ over his breaches of Serbia’s COVID-19 rules.

The fresh decision to cancel the visa likely leaves the Australian Open without one of its biggest stars and Djokovic – who was seeking a record-breaking 21st grand slam triumph – unable to defend the title he has won nine times.

Djokovic Out of U.S. Open For Refusing to Get COVID-19…