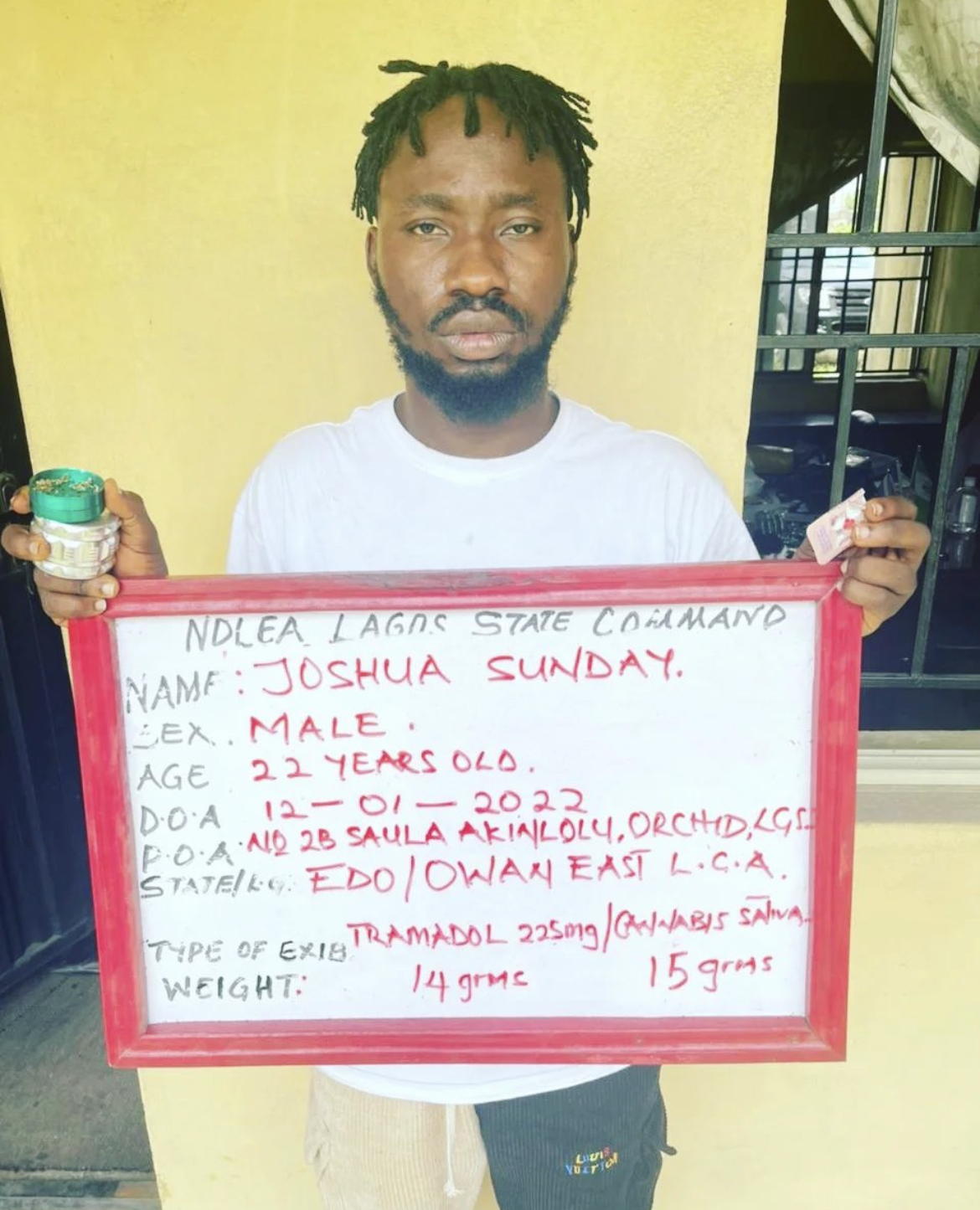 Recall that MDB earlier reported that a live video on Instagram captured moment the skit maker, De-General’s house in the early hours of today invaded by operatives of NDLEA.

Speaking about the incident, spokesman of the NDLEA, Femi Babafemi disclosed that the comedian was arrested over drug-related issues in the early hours of Wednesday January 12.

Babafemi said the narcotics officers who acted on credible intelligence, stormed a drug joint at Orchid Estate, Lekki area of Lagos state, where three suspects were arrested with illicit drugs including 200 sachets of 225mg Tramadol and 1.5kilograms of cannabis sativa.

It was also alleged that during the operation, some persons including the suspected dealer ran away with bags suspected to contain exhibits.

A trail allegedly showed they ran into the residence of the comedian.

It was also alleged that the comedian confessed to being the owner of drugs recovered from his house.

Babafemi in a statement stated,

Acting on credible intelligence, narcotic officers stormed the drug joint in the estate, where three suspects were arrested with illicit drugs including 200 sachets of 225mg Tramadol and 1.5kilograms of cannabis sativa. In the course of the operation, some persons including the suspected dealer ran away with bags suspected to contain exhibits.

A trail showed they ran into a house located at 2B Saula Akinlolu way, Orchid estate, which is the residence of 22-year-old Sunday Joshua (aka De General). The young men started to make noise to prevent a search.

The operatives introduced themselves as officers of NDLEA and submitted themselves for search before entry. This was done and a search was conducted.

The search led to the recovery of drug exhibits including cannabis sativa; Tramadol 225mg, and some paraphernalia for drug use. This was after the suspect had requested to record on video the search, which the officers out of sense of civility allowed.

The video trending on social media was the moment the suspect and his friends decided to disrupt the bid to conduct a search of the house.

In his confessional statement in custody, the suspect admitted ownership of the drugs recovered from his house. 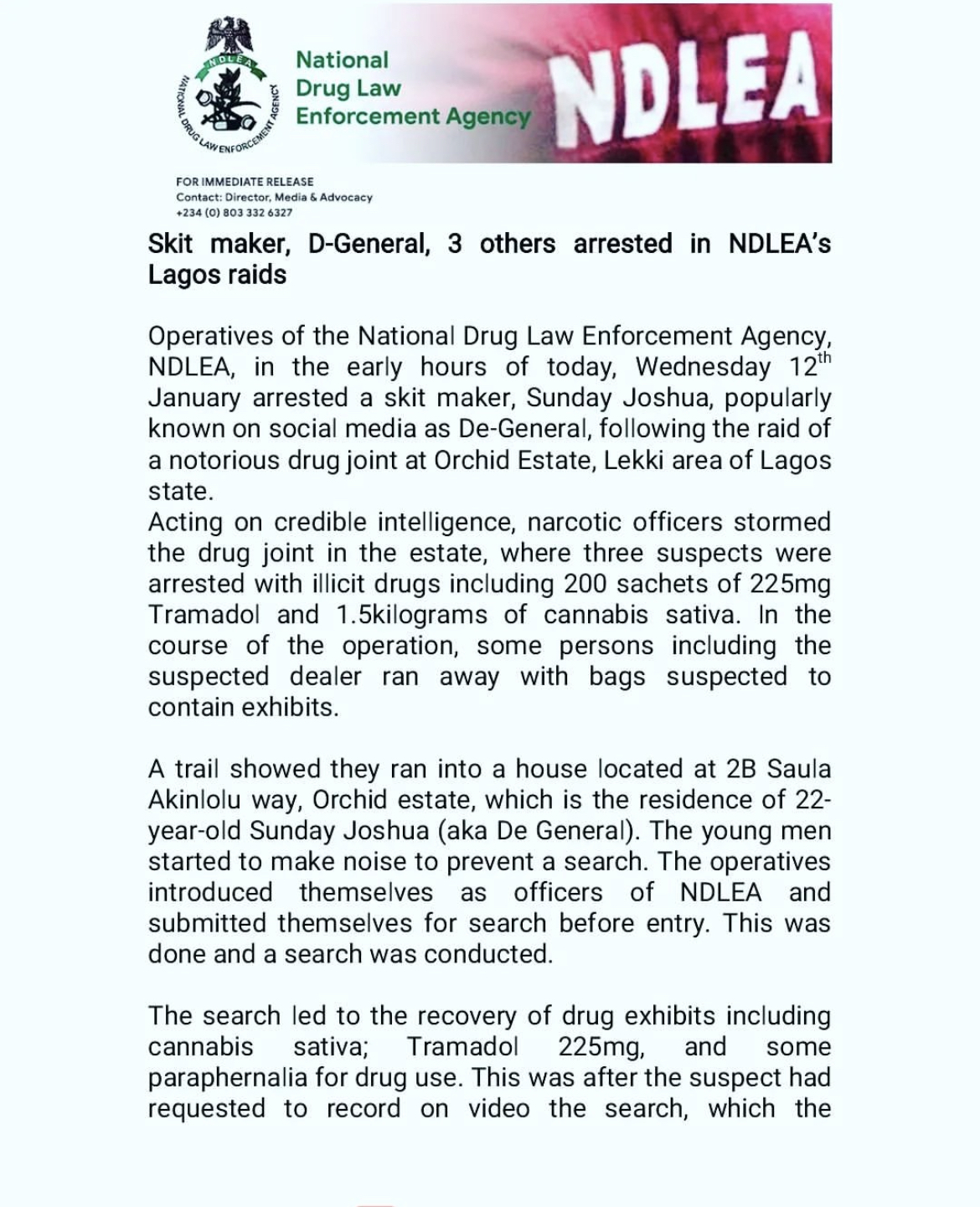 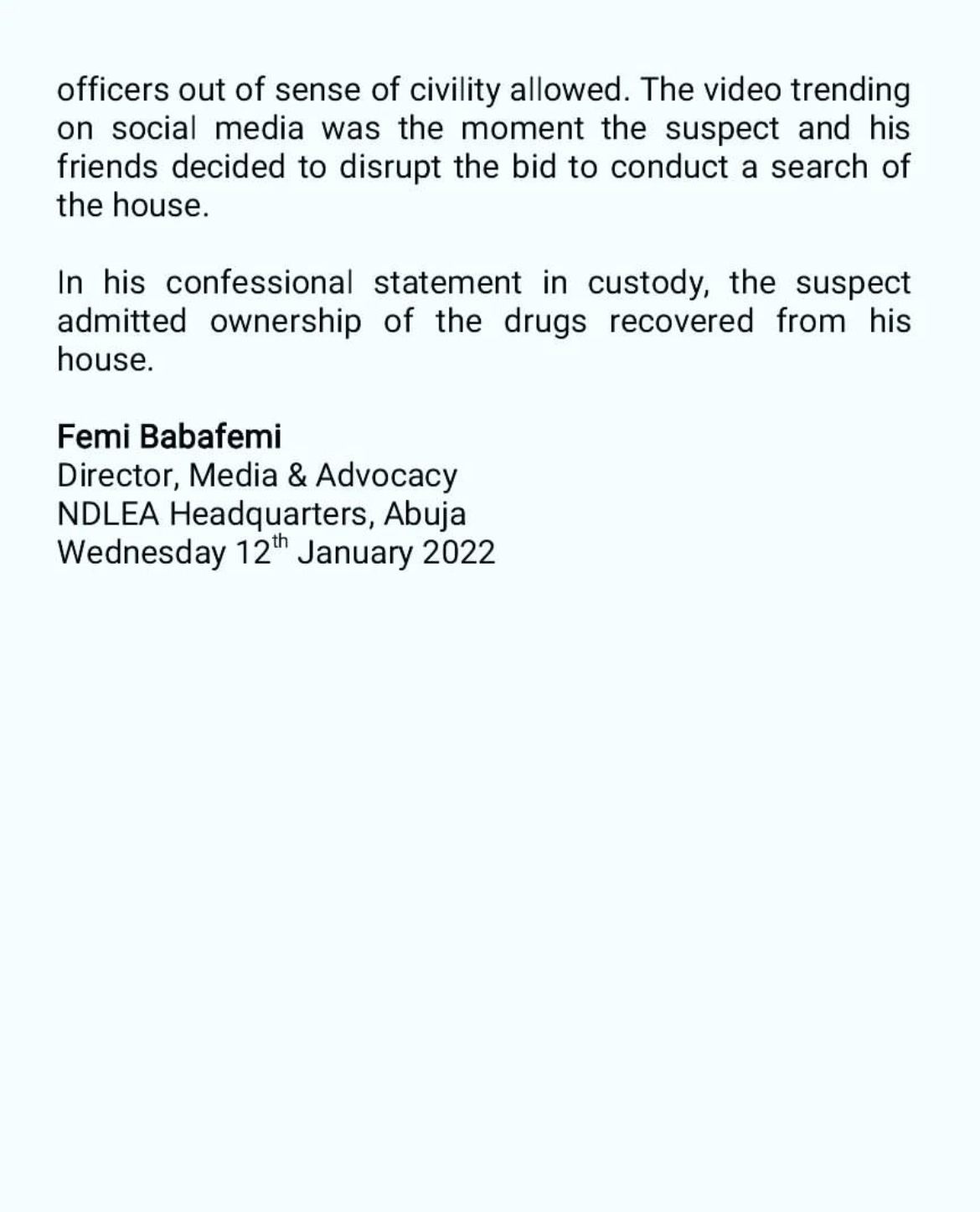