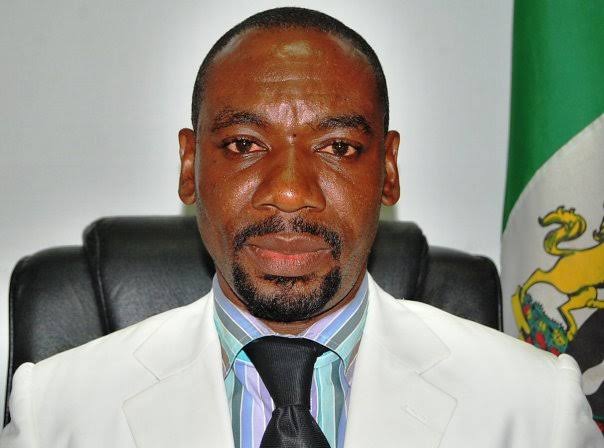 Dr. Fabian Benjamin, spokesperson of Joint Admissions and Matriculations Board (JAMB) has dragged the Chief Executive Officer of Human Rights Radio, Ahmed Isah to court over an allegation that his Ph.D certificate was forged.

In the suit filed by his lawyer, Chris Alashi, Premier Broadcasting Ltd (owners of the radio station) and Isah were listed as first and second defendants.

Benjamin also claimed N6bn damages over injurious broadcast, false allegations, and innuendos which he said amounted to defamation of his character.

The JAMB spokesperson alleged that the second defendant while on air on Human Rights Radio and Television (Brekete Programme), on April 16, 2021, defamed his person by impugning, maligning, and discrediting his integrity and reputation as the PRO of the exam body.

He added that the second defendant while on air, accused him of forging his Ph.D certificate as well as being insane and incompetent.

Reacting to the allegation levelled against him, Isah told ThePunch that he only doubted Benjamin’s PhD.

I didn’t say he’s carrying fake PhD, I said I was doubting his PhD. My brother, Jay Jay Okocha is a footballer and if he is confronted by somebody that ‘I doubt if you’re a footballer’, he’ll have to prove that he’s a good footballer.

In his case, the way he sounded on air that day made me to doubt his PhD. That was what I said, that I am doubting his PhD. All he needed to do was to prove to us that he has a PhD and earned it.

Most of the things I raised (about JAMB) were the things they went behind to implement quietly, making life uneasy for the children of the poor. All we are looking towards is a better society. I will find out from my lawyers if we have been served.

Justice E. O Ebong of Federal High Court in Abuja has fixed the hearing of the case for February 14, 2022.