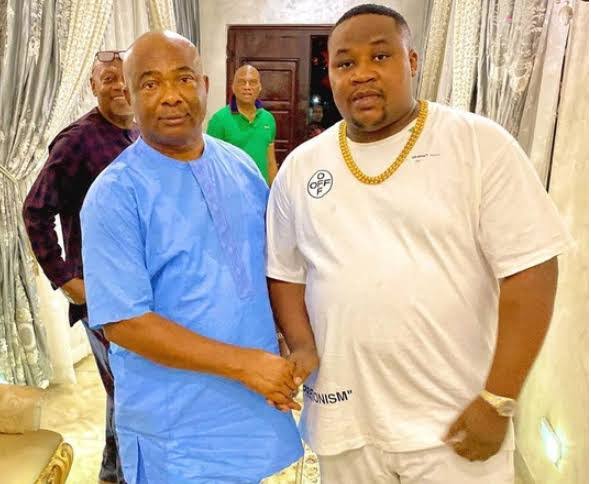 Cubana Chief Priest said he received his letter of appointment on Friday, January 14, 2022, as the governor’s Special Adviser on Social Media Influence and Social Events Management. 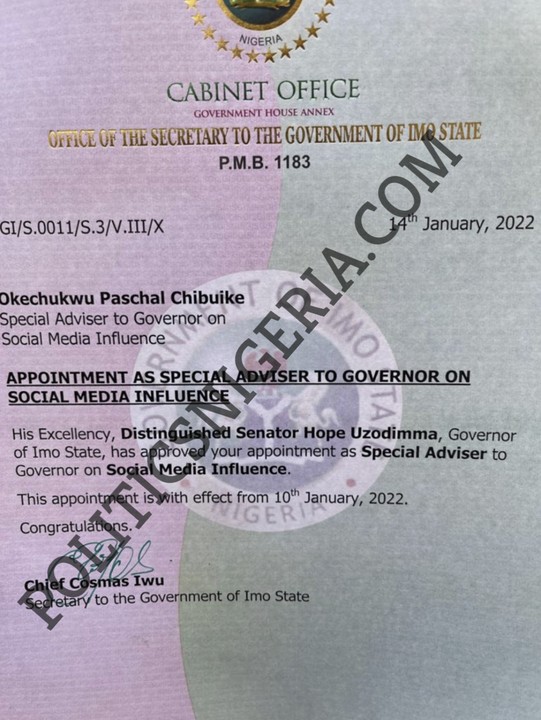 The socialite announced the appointment on his Instagram page where he posed with his appointment letter.

I just picked up my letter of appointment as Special Adviser To His Excellency @he_hopeuzodimma on Social Media Influence and Social Events Management.

I have an instruction from His Excellency @he_hopeuzodimma to make over 1,000 Imo youths get super successful like me from the Almighty social media which made me in just one year. It’s so easy for me to do and I will do just that through christ who strengthens me. Amen.

May God give me the grace, wisdom, energy and guts to tell his Excellency the unfiltered truth he needs to hear at all times. Amen

However, while Cubana Chief Priest announced his political appointment on Friday, his former boss and friend, Obi Iyiegbu popularly known as Obi Cubana was in the news over an alleged link with drug dealers.

Obi Cubana was reported to have been subjected to intense interrogations on Thursday, January 13, 2022, as National Drug Law Enforcement Agency (NDLEA) invited him over the aforesaid allegations.

Reports say he was only released from the questioning to go home and provide some documents for further investigation.