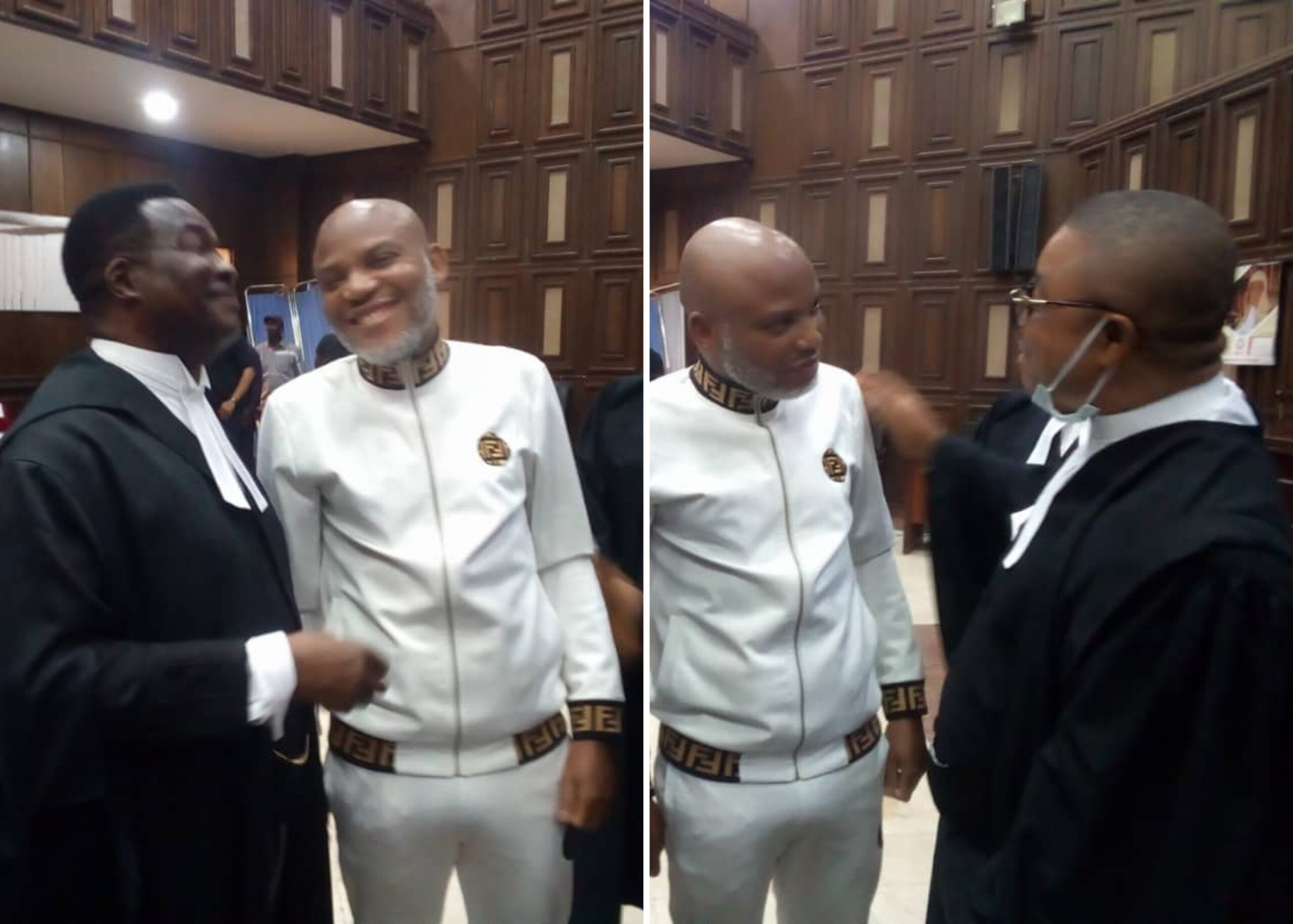 Justice Binta Nyako of Federal High Court in Abuja has given an order to Department of State Services (DSS) to allow Nnamdi Kanu, leader of Indigenous People of Biafra (IPOB), to change his clothes.

Previously, Nyako had directed the DSS to allow the IPOB leader to have his bath whenever he wanted to, change his clothes, eat properly and practise his faith.

However, at the court session on Tuesday, the newly introduced Kanu’s lead counsel, Mike Ozekhome, complained that his client was still being subjected to poor treatment in DSS custody.

Shortly before adjourning the matter, Nyako reminded the defendant that a detention facility was not a five-star hotel.

However, she reiterated her previous order that the IPOB leader should be allowed the maximum comfort possible, including changing his Fendi outfit with which he was brought back into the country in June 2021.

I don’t want to see him in these clothes again. This one is almost off-white. Also, make sure that you allow him to exercise.