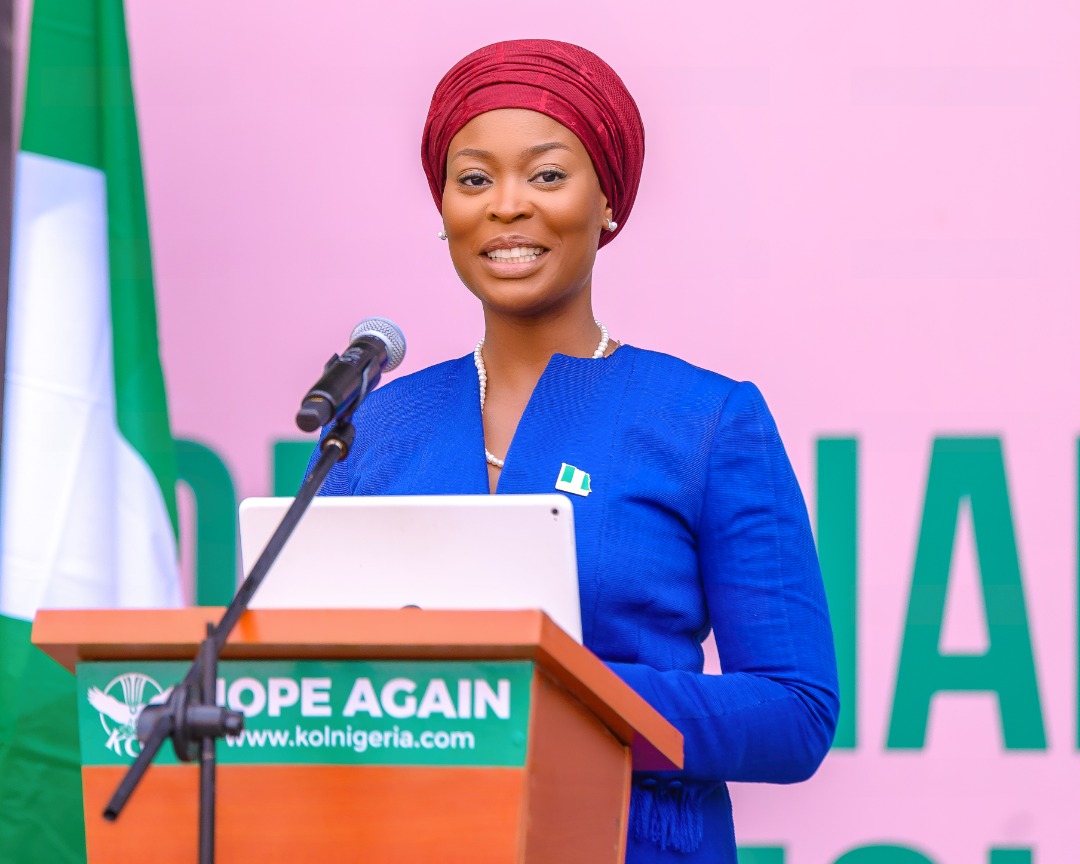 Khadijah Okunnu-Lamidi, a renowned entrepreneur and youth development advocate, has become the first female to declare her interest in running for the office of President in the 2023 general elections.

Born into a prominent Lagos family with a legacy of public service, Okunnu-Lamidi is the daughter of Lateef Femi Okunnu (SAN), a former Federal Commissioner of Works & Housing, current President, Isale-Eko descendants Union and an elder statesman while her mother, Arinola Omololu, is a businesswoman of Ago-Owu pedigree. 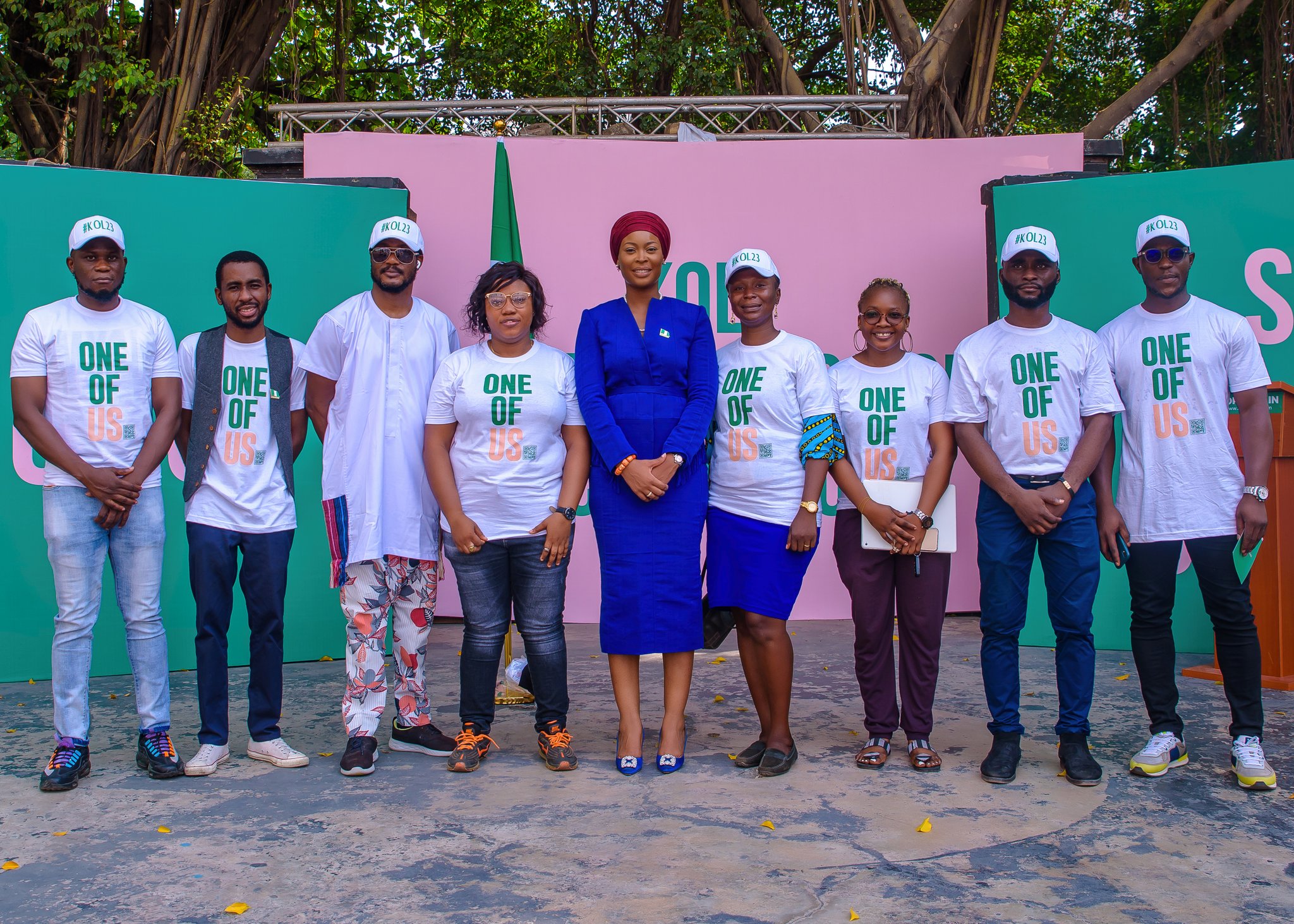 The 38-year-old lady officially declared her interest in replacing President Muhammadu Buhari at the helm of Nigeria’s affairs in earlier in the week.

Speaking at a media conference held at the Freedom Park in Lagos, Okunnu-Lamidi disclosed that her motivation in vying for the Presidency stems from her desire to make Nigeria work for its diverse populace, while also harnessing the undoubted power of its teeming youths to unleash the country’s latent potential as a force to be reckoned with globally. 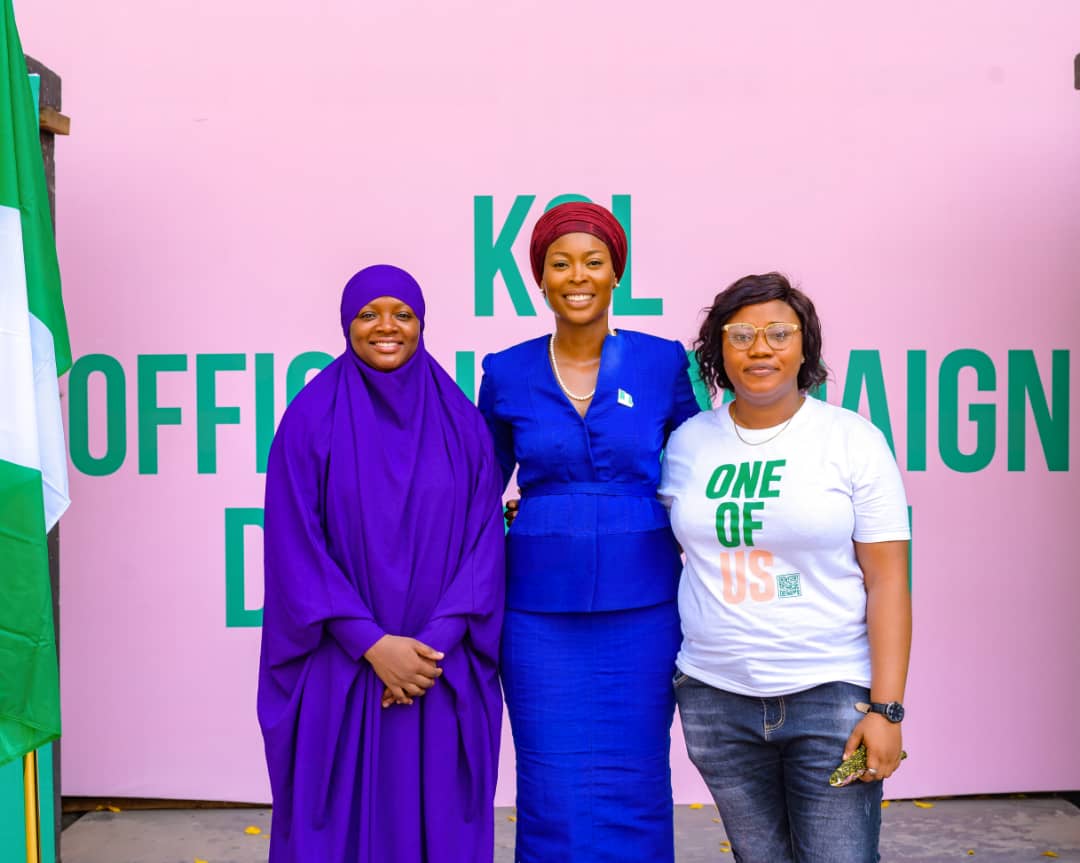 While noting that 2023 is a defining moment for the country, Okunnu-Lamidi restated her confidence in playing a leading role in writing a new history and restoring hope for Nigeria.

She told newsmen in Lagos that it was high time the youths in Nigeria took over the reins of power, stressing that with a large population, young citizens should support their peers to occupy the high offices to bring about more job opportunities in all sectors. 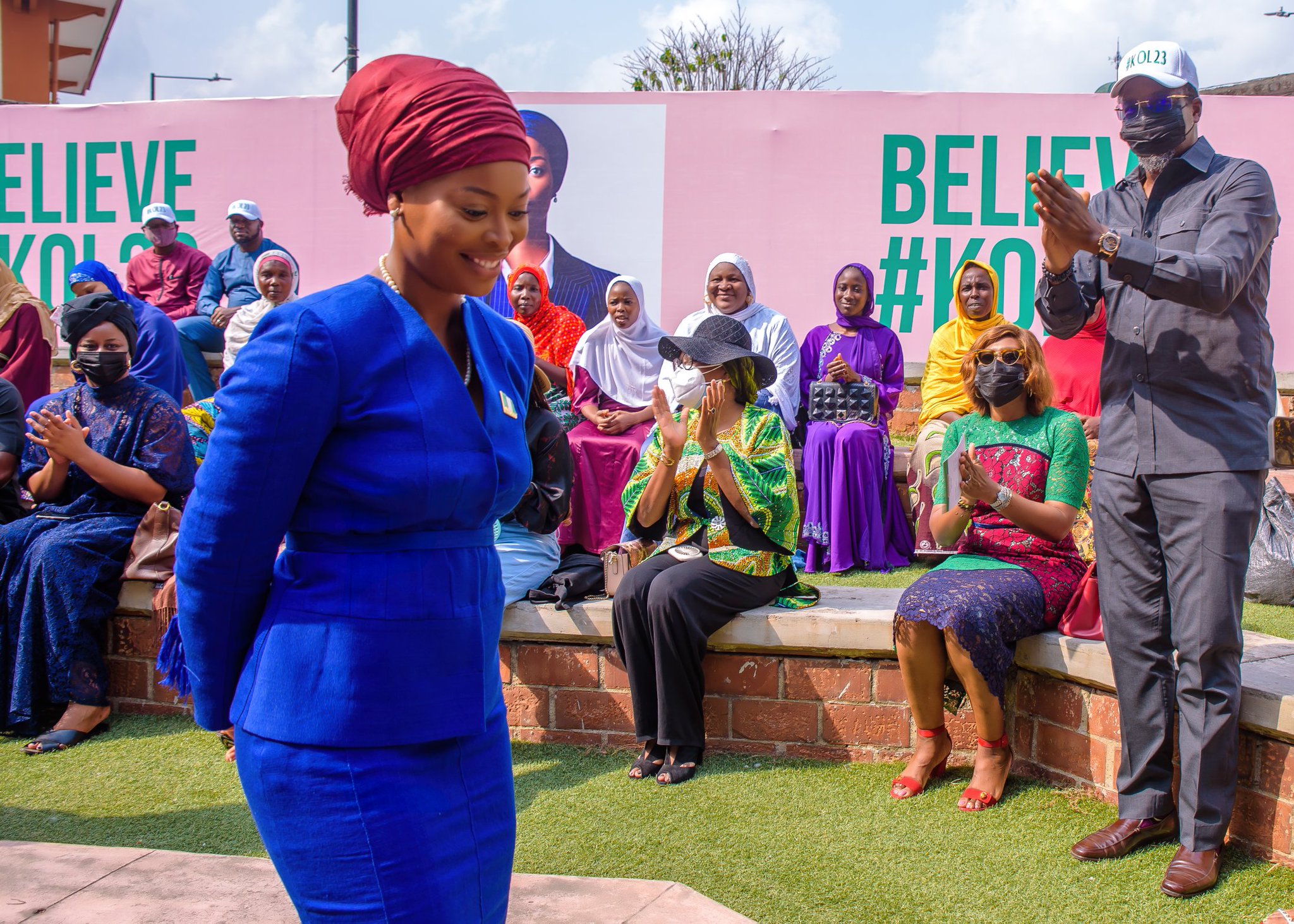 Okunnu-Lamidi insists she isn’t in the race out of vanity or frivolity, but with humility, responsibility and the burden of a generation to whom the future of the nation belongs.

She noted that youths believe in the promise of an equitable and just political union which consolidates the people’s diverse strengths and harnesses untapped resources. 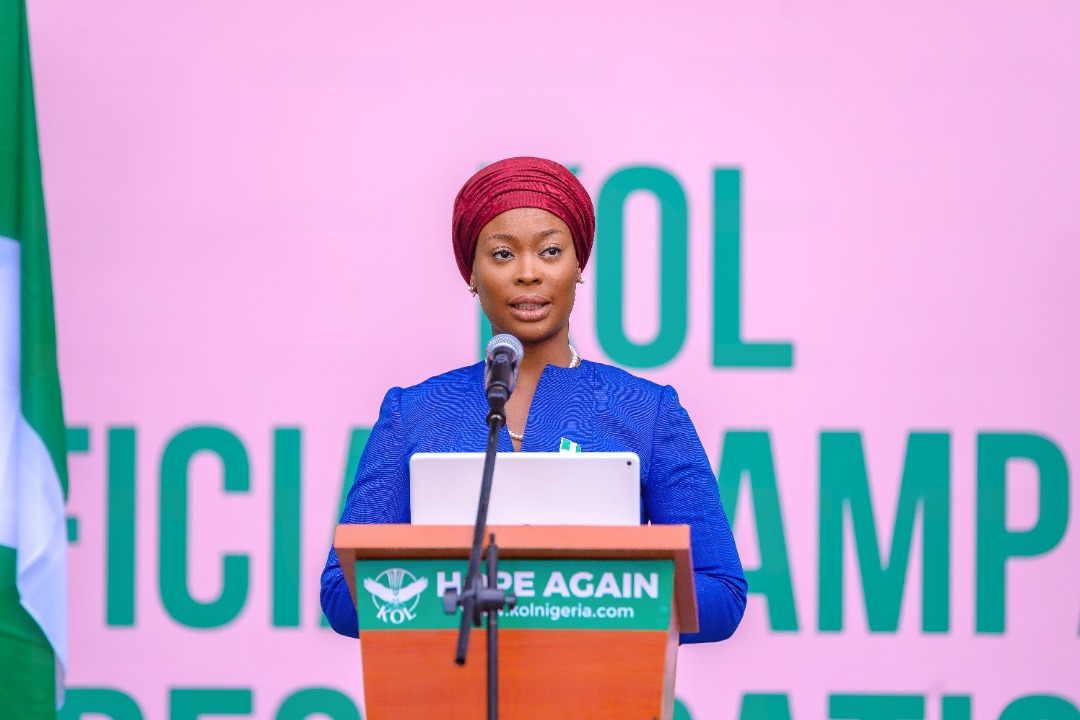 Okunnu-Lamidi cited the unemployment rate, lamenting that youths, who represent about 70% of the population, are worst hit by failed governance. 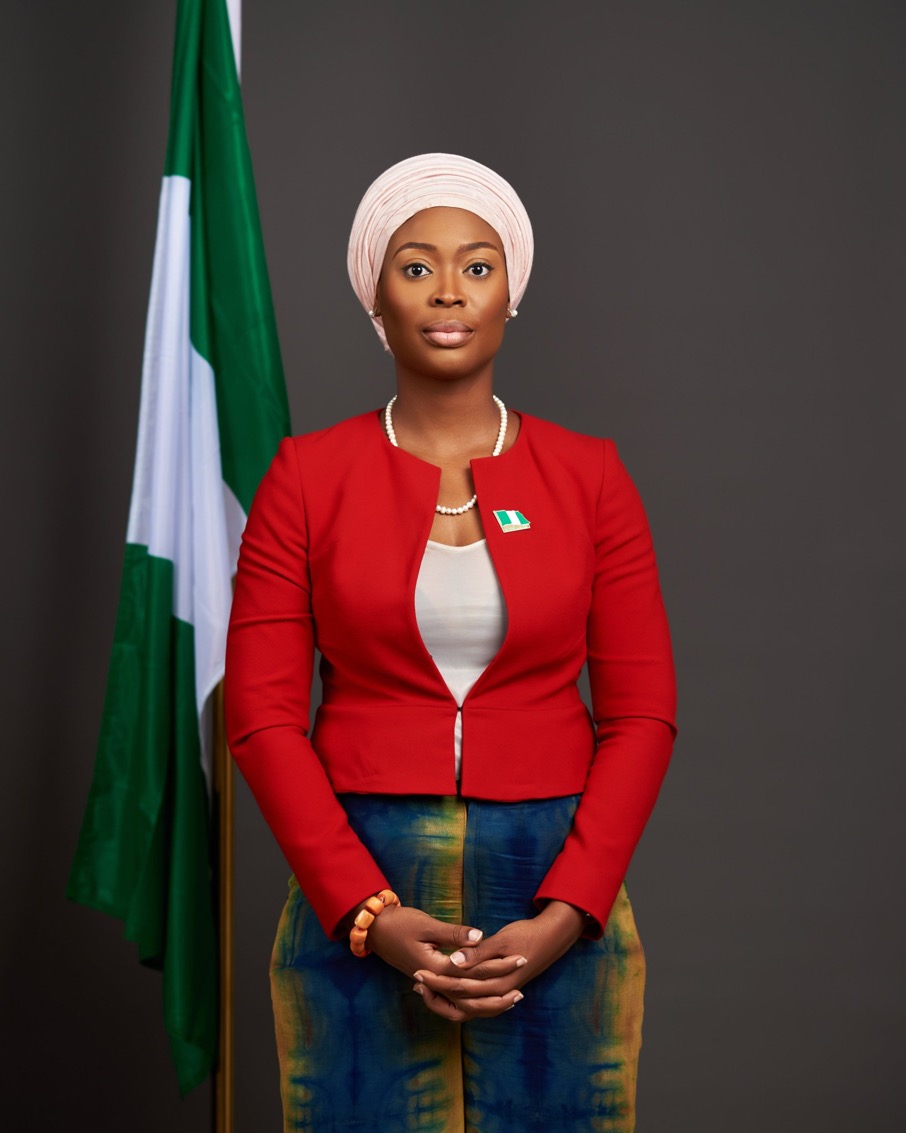 Okunnu-Lamidi said the poverty rate of estimated 40 per cent living below the poverty line and the rising number of out-of-school children can only be fixed by a competent president.

The presidential aspirant holds a degree in Business Management (Hons) from the University of Bolton RAK Campus in the United Arab Emirates (UAE) and a Master’s degree in Strategic Project Management (SPM) from the prestigious Heriot-Watt University, Dubai.

She is married with kids.