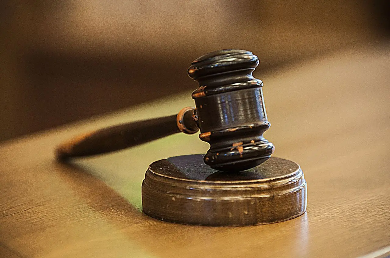 Justice Benson Anya of Abia State High Court has ruled that the invasion of the security agents to the residence of the leader of Indigenous People of Biafra, Nnamdi Kanu, in 2017 was unlawful and an infringement on his human rights.

The judge on Wednesday also ruled that his abduction and forceful return to Nigeria was “illegal” under local and international laws.

Anya also ruled that the Nigerian government should pay Kanu a sum of N1billion as a compensation for the violation of his fundamental human rights.

The court also ordered the government to issue a letter of apology to the secessionist for allegedly violating his fundamental human rights.

Kanu’s lawyer, Aloy Ejimakor, made this known in a tweet, saying;

Mazi Nnamdi Kanu wins as Abia High Court rules that the Federal Government violated his fundamental rights, orders the Federal government to pay N1b to him and issue a letter of apology to him. Most importantly, the court recommended political solution to the #Biafran agitation.

Most importantly, the Court recommended political solution to the #Biafran agitation.

Recall that Kanu’s Special Counsel, Aloy Ejimakor filed the lawsuit against the Federal government on August 27, 2021 before the Abia court.

MDB earlier reported that the judge rejected the challenge by the Federal Government on the jurisdiction to hear Kanu’s case.

Ejimakor had argued that the Kanu could not be tried in Nigeria as there was no crime he had committed known to both Nigerian and international laws.

He had added that the government of Nigeria collaborated with Kenya to abduct him and rendition him to Nigeria.

E.A. Adeboye Discloses Why No One Died Of Covid-19 In His Village

IPOB Demands Immediate Release Of Nnamdi Kanu Due To…