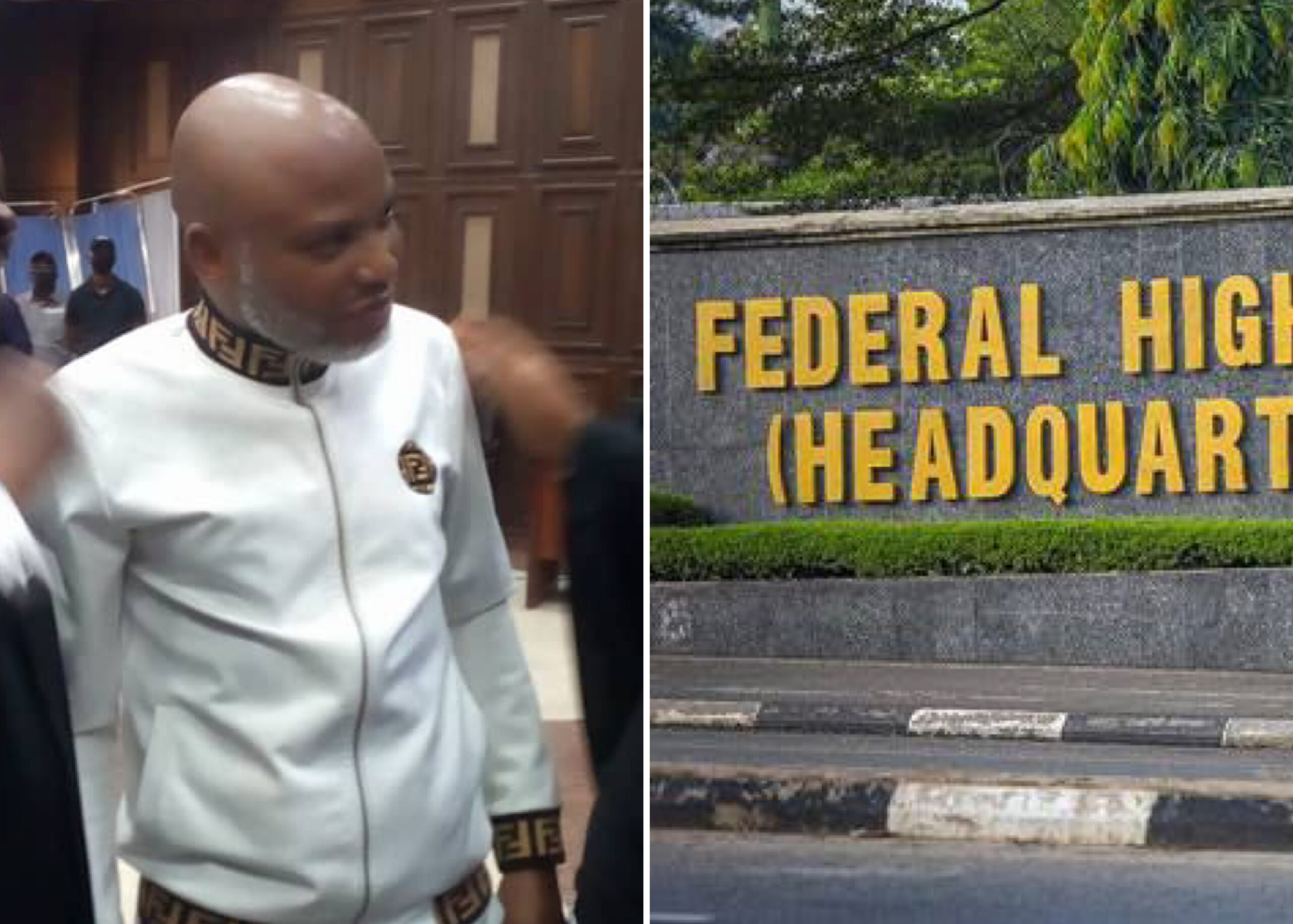 Leader of Indigenous People of Biafra (IPOB), Nnamdi Kanu, has pleaded not guilty to the fresh amended 15-count charge of treasonable felony filed against him by the Federal Government.

He pleaded not guilty before Justice Binta Nyako when the case resumed at the Federal High Court in Abuja on Wednesday.

Kanu, who was brought into the courtroom around 10.15am, said he was innocent of all the allegations levelled against him.

He also complained from the dock that some counts in the amended charge were similar.

Meanwhile, immediately the embattled IPOB leader finished taking his plea, the prosecution counsel, Labaran Magaji, told the court that he was ready to proceed with the trial, adding that he brought two witnesses to testify against the defendant.

However, Kanu’s lead counsel, Mike Ozekhome (SAN), told the court that he had on Tuesday evening, filed a 43-paged preliminary objection for the charge to be quashed and struck out without the matter proceeding to trial.

Labaran, however, argued that Kanu’s two applications were not ripe for hearing, stressing that he would require time to go through them so as to be able to respond.

In a brief ruling, Justice Nyako noted that since Kanu’s first application is challenging the propriety of his trial, as well as the competence of the charge against him, the court ought to hear it first.

The court, subsequently, adjourned till February 16 to hear the pending application.

Meanwhile, contrary to the order of Justice Nyako, Kanu showed up before the court, wearing the same designer clothes he had on since June 2021 when he was arrested.

Justice Nyako had on Tuesday, ordered the Department of State Services (DSS), to allow Kanu to have a change of clothes.

However, when the matter was called up, the prosecution counsel, Mr. Shuaibu Labaran, told the court that he (Kanu) was the one who chose to wear his designer clothes.

He added that the DSS has provided Kanu with a new Orthopedic mattress, pillows, and blankets.

In response, Kanu’s lead counsel, Mike Ozekhome, told the court that it was not true that his client insisted on wearing his designer clothes as it was not his visiting day on Tuesday so, fresh clothes couldn’t be passed to him.

He added that clothes will be passed to him on his next visiting day.

Ozekhome, however, commended the DSS for providing the IPOB leader with new mattresses and pillows.

Before allowing Kanu to be re-arraigned on the amended 15-count treasonable felony charges, Justice Nyako reiterated her demand for the defendant to have a change of clothes.

Kanu, thereafter, entered his plea to the fresh amended charge against him which borders on his alleged commission of acts of terrorism, felony, incitement, unlawful importation of a radio transmitter, and headship of an illegal organization.

Before he was ushered into the courtroom around 10:15 am, the DSS had produced several documentary pieces of evidence, including electronic devices it would use to play some of the alleged inciting broadcasts that were made by the defendant.

The Court subsequently adjourned till February 16 to hear the pending application.