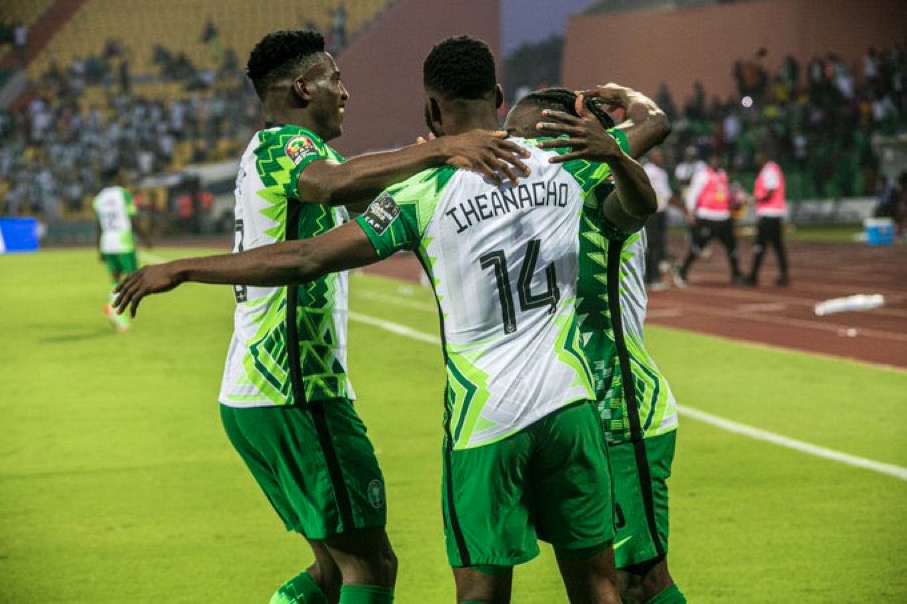 Nigeria’s Super Eagles have made it through to the knockout stages of the 2021 Africa Cup of Nations, following a 3-1 win over Sudan on Saturday.

Against the Sudanese, goals from Samuel Chukwueze, Taiwo Awoniyi and Moses Simon gave the three-time champions a three-goal lead.

Although Sudan pulled one back, it was merely a consolation goal.

Nigeria top the group with six points ahead of the Egypt vs Guinea-Bissau game. The victory assures the Super Eagles of a place in the Round of 16.

With the victory, the Super Eagles won their opening two matches to an Africa Cup of Nations in consecutive tournaments for the very first time.

Nigeria and Sudan met for the third time at the Africa Cup of Nations, but it’s their first encounter at the tournament for 46 years.

Following a draw in their opening match against Guinea-Bissau (0-0), Sudan have managed just one win in their last 14 Africa Cup of Nations games, dating back to the 1972 edition.

Nigeria won their opening game (1-0 against Egypt) to an Africa Cup of Nations for the second tournament running, having failed to win their first match in four of their previous five appearances.