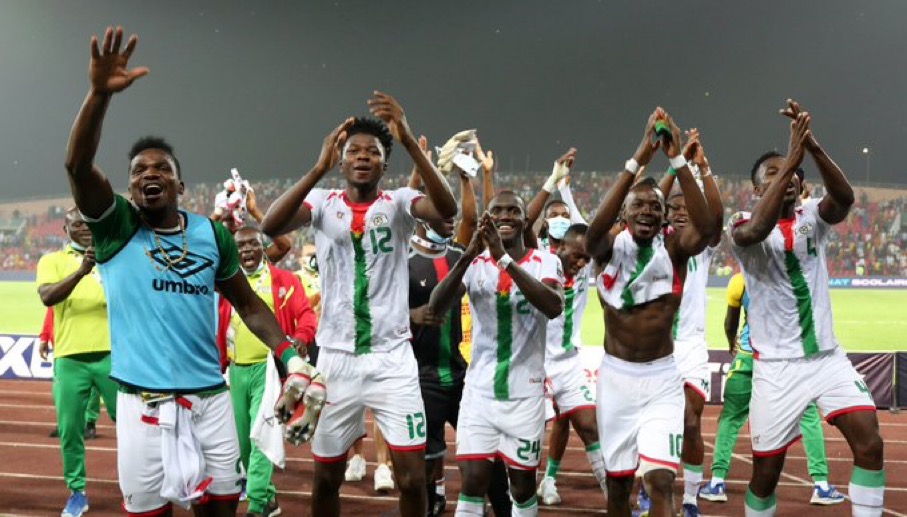 Burkina Faso have overcome Tunisia 1-0 in their African Cup of Nations (AFCON) quarter-final encounter at Roumde Adjia stadium in Garoua, Cameroon on Saturday.

Dango Ouattara scored on the stroke of half-time as 10-man Burkina Faso completed a hat-trick of Africa Cup of Nations quarter-final victories.

Hero Ouattara turned villain eight minutes from time when a yellow card for elbowing Ali Maaloul was changed to a red after the Botswana referee checked the touchline VAR monitor.

Burkina Faso held on to repeat 1998 and 2017 last-eight triumphs over Tunisia and advance to a semi-finals showdown with Senegal or Equatorial Guinea in Yaounde on Wednesday.

Success for the Stallions came five days after the landlocked west African country was plunged into political uncertainty when President Roch Marc Christian Kabore was ousted in a military coup.

Earlier, hosts Cameroon beat giant-killers Gambia 2-0 in Douala and await the winners between Egypt and Morocco on Sunday in the other semi-final.

In the absence of the first and second-choice skippers, long-serving Belgium-based goalkeeper, Herve Koffi led a country that came closest to glory in 2013 when finishing runners-up to Nigeria.

Burkina Faso will meet Cameroon, the hosts in a repeat of the opening game of this tournament.

Cameroon eased through by brushing aside the Gambia, ending the debutants’ fairytale run with a 2-0 win, courtesy of Karl Toko Ekambi’s brace.