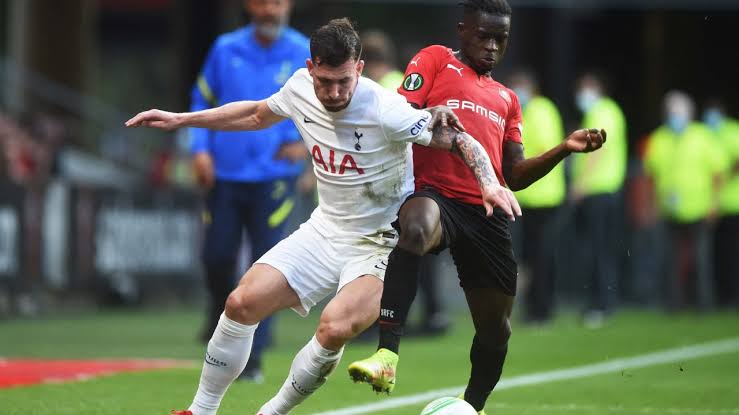 UEFA have on Saturday announced the cancellation of Tottenham’s COVID-postponed Europa Conference League game against Rennes.

The two clubs were unable to find a suitable date to reschedule Thursday’s game and “as a consequence, the match can no longer be played”, European football’s governing body explained.

UEFA’s disciplinary wing will determine a result for the scrapped fixture. The ruling will please Group G winners Rennes.

The French side had flown to London and accused Spurs of making a “unilateral decision” in calling off the match on Wednesday.

Tottenham were level on points with third-placed Vitesse Arnhem and required a win to seal second and go through to the play-off round.

However, according to UEFA rules Antonio Conte’s side face being declared 3-0 losers, ending their participation in the third-tier competition.

Conte revealed on the eve of the game in north London that eight of his players and five members of staff had tested positive for COVID-19.

Rennes go on a winter break on December 22 and did not take the postponement well.

They accused Spurs of causing “London fog” by refusing to tell them how many cases they had and informing them on Wednesday afternoon that the game would be played — only to call it off an hour after they had arrived in the British capital.

Tottenham’s Premier League match at Brighton on Sunday has also been postponed.

Spurs were forced to close their first-team training centre on Wednesday as a result of the severe outbreak.

Their Premier League match at Leicester on December 16 will also be in doubt, not only due to the situation in Conte’s squad but because the Foxes have been hit by a less widespread Covid outbreak.

The postponement of further games will cause significant scheduling problems for Tottenham, who have already had a Premier League game at Burnley in November called off because of snow.

In response to Tottenham’s virus problems, the Premier League are reported to have told their 20 clubs to resume emergency protocols to combat the spread of Omicron variant.

Clubs with high vaccination rates had relaxed some of the measures but must now reimpose restrictions after the British government announced a return to stricter protocols on Wednesday.

Workers Reported Trapped As Storm Rips Through Amazon Warehouse In US