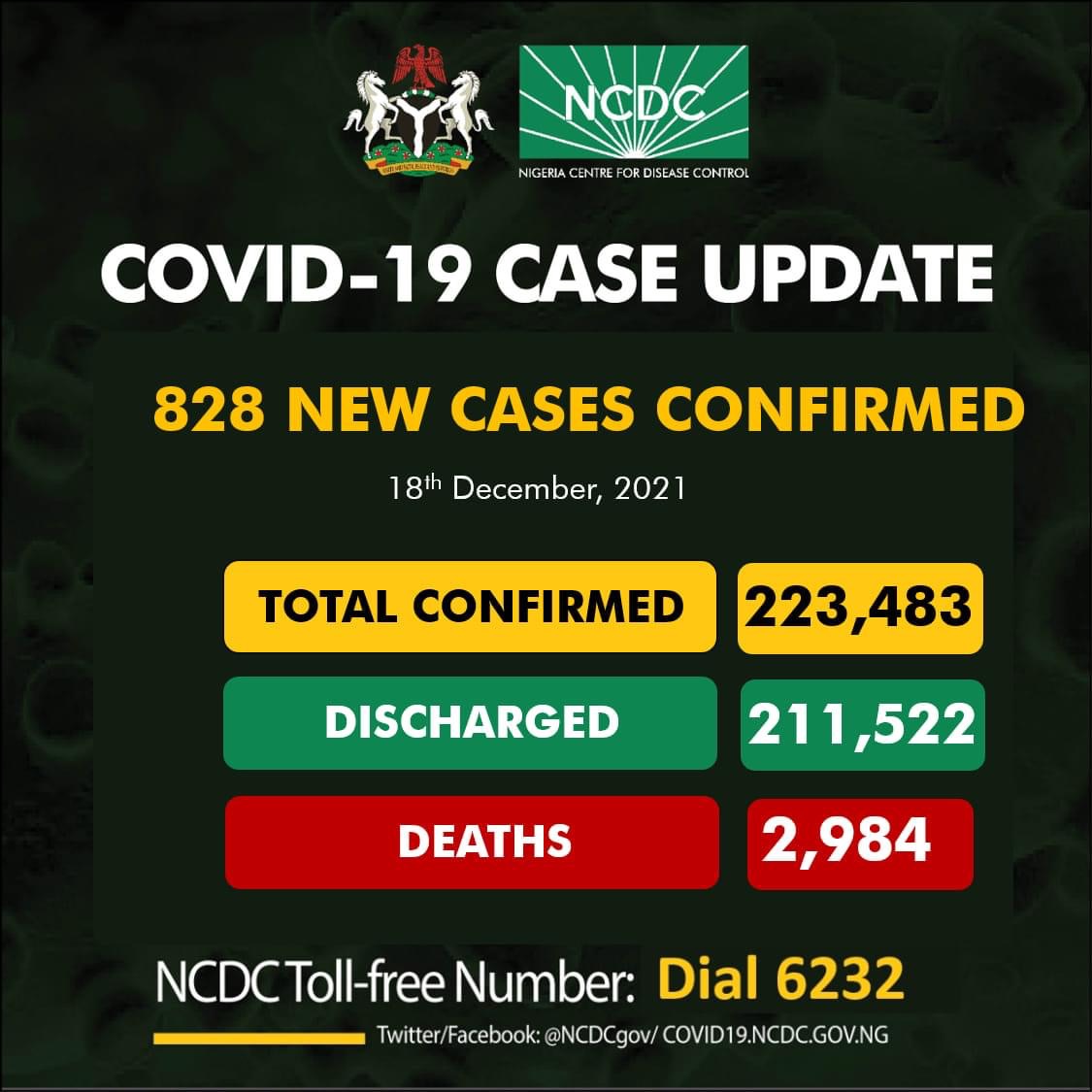 The Rivers state capital, Port Harcourt, a metropolis that is considered the commercial center of the Nigerian oil industry, registered 188 infections out of the 828 declared on Saturday by the agency.

NCDC made this known on Sunday via its official website, saying that the 188 infections from Rivers indicated a decrease of 29 infections, from 217, recorded on Friday.

Rivers, the third most hit state by the virus in the country, had more cases than Lagos state, the country’s epicenter of the pandemic, with an estimated population of between 17.5 million and 21 million as of 2020.

Lagos State logged 183 cases, a big fall compared to the 906 reported on Friday.

NCDC indicated that the 97 cases reported by Delta state on Saturday aggregated the cases recorded from December 7– 17, 2021.

Saturday’s figure indicated a decrease of 756 infections on Friday’s 1,584 cases.

The agency added that the country’s active cases across the nation stood at 8,977 as at Saturday.

The centre added that no death was recorded on Saturday as the country’s mortality figure still stands at 2,984 as at Saturday.