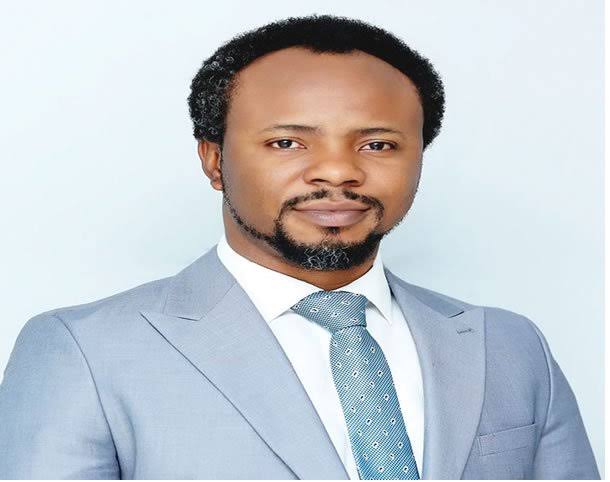 Economic and Financial Crimes Commission has declared the Chief Executive Officer of a Lagos-based forex training and capital investment company, MBA Capital and Trading Limited, Maxwell Odum, wanted over alleged fraud to the tune of N213bn.

The development comes months after some persons who claimed to be victims of the alleged fraud protested at the EFCC headquarters in Abuja.

In a notice issued on its website and signed by Wilson Uwujaren, EFCC spokesperson, the anti-graft agency is accusing Odum of “conspiracy, obtaining money by false pretence and money laundering to the tune of N213 billion”. 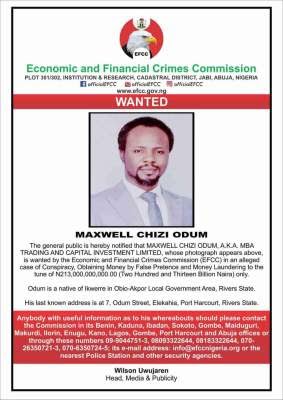 The anti-graft agency appealed to members of the public with details of the whereabouts of Odum to report to any of EFCC offices nationwide or to security agencies.

The general public is hereby notified that MAXWELL CHIZI ODUM, A.K.A. MBA TRADING AND CAPITAL INVESTMENT LIMITED, whose photograph appears above, is wanted by the Economic and Financial Crimes Commission (EFCC) in an alleged case of Conspiracy, Obtaining Money by False Pretence and Money Laundering to the tune of N213,000,000,000.00 (Two Hundred and Thirteen Billion Naira) only.

Anybody with useful information as to his whereabouts should please contact the Commission in its Benin, Kaduna, Ibadan, Sokoto, Gombe, Maiduguri, Makurdi, Ilorin, Enugu, Kano, Lagos, Gombe, Port Harcourt and Abuja offices…or the nearest Police Station and other security agencies.

Odum had disappeared after allegedly fleecing thousands of investors of their hard-earned money.

The company also reportedly closed on December 22, 2020, for the festive season but had failed to resume since then.

Investors who were tired of the situation had petitioned Lagos State Police Command in April 2021, accusing Odum of mismanaging their funds.

Currently said to be on the run like Odum is Bamise Ajetumobi of Imagine Global Solution Limited.