A Chinese man recently went through the worst week of his life after being arrested five times in only three days due to his uncanny resemblance to a prison escapee.

In October of 2021, a criminal by the name of Zhu Xianjian managed to escape from a prison in Northeast China’s Jilin Province.

Police officers scrambled to locate him, but after spending valuable and time and resources they were forced to offer a 150,000 yuan reward, which was then bumped up to 700,000 yuan ($109,589) for any information on the fugitive’s whereabouts.

This made Zhu a valuable target in a part of China where the average monthly income is only 2,000 yuan, and an unlucky doppelganger of the criminal suffered the most for it, after being arrested by police no less than five times in three days.

According to Global Times, video footage shows the man wearing a blue jacket pictured next to Zhu’s prison photo, and there is no denying that the two look very similar. 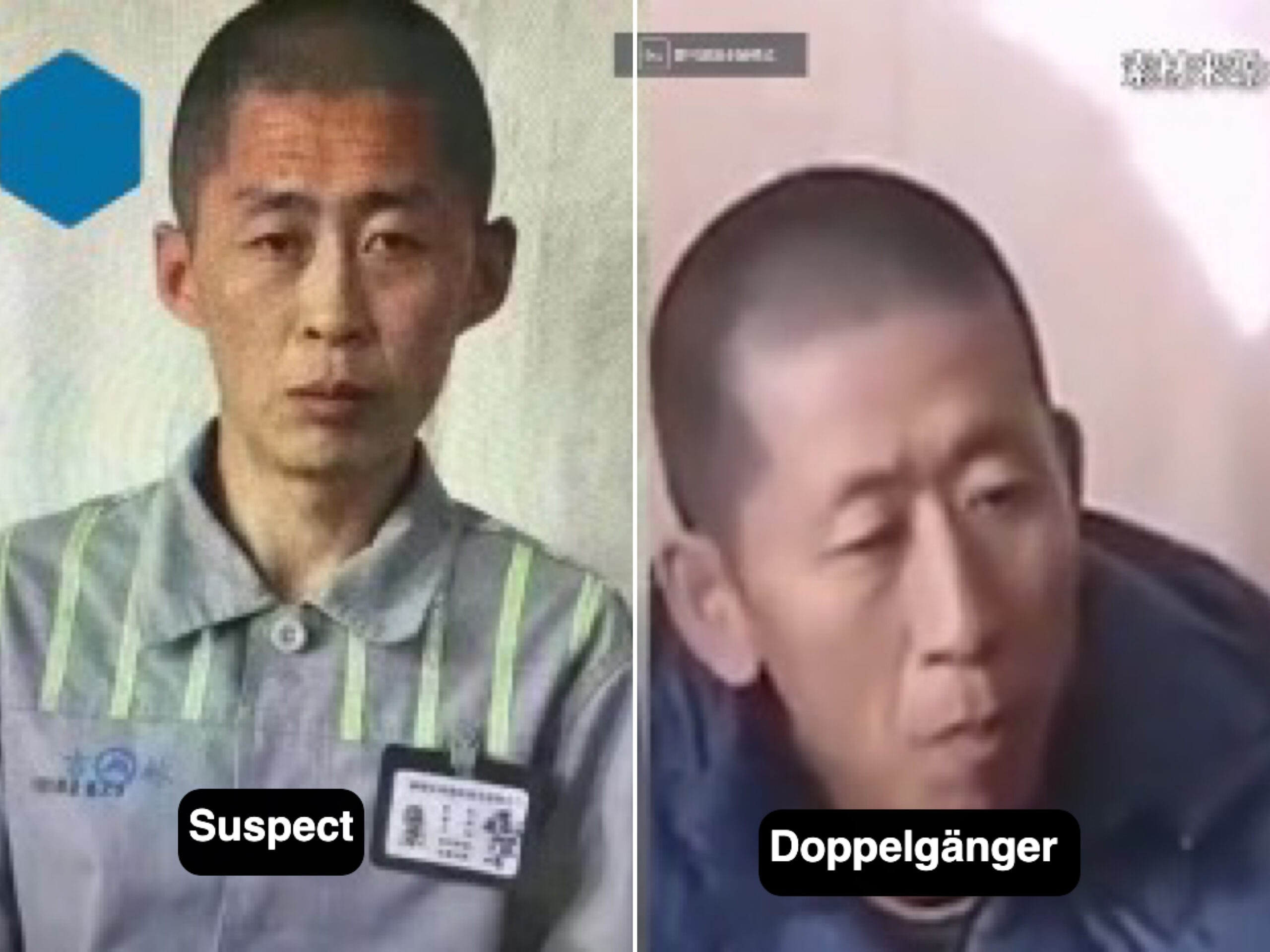 Sadly for the innocent man, photos of Zhu and the financial reward offered by authorities for information on his whereabouts made news headlines on TV stations across Jilin Province, making him a walking target.

The fact that he shared the same facial features and even the same haircut as Zhu didn’t help much either.

Luckily, the man’s nightmare ended on November 28, when Zhu Xianjian was finally apprehended by police. During his incredible ordeal, many recommended that he wear his ID around his neck at all times.

With only two years to go from an eleven-year prison sentence, Zhu is now looking at additional time behind bars after his short prison break.

Kenyan Policeman Kills His Wife, Five Others In Shooting Spree