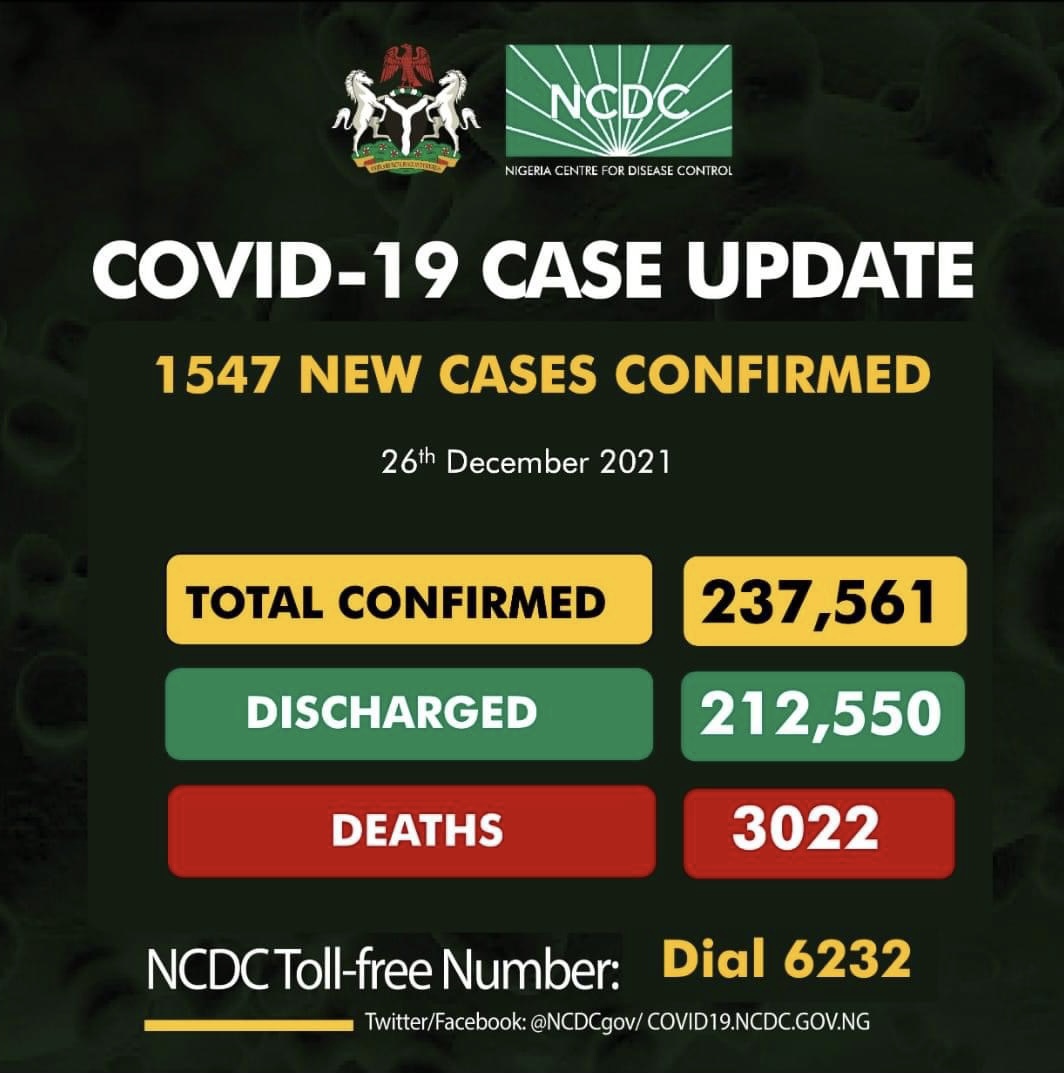 Nigeria on Sunday recorded eight additional deaths and 1,547 fresh cases across 10 states of the federation and the Federal Capital Territory (FCT).

The latest statistics by the Nigeria Centre for Disease Control (NCDC) reveals that the FCT ranked first on the log with 806 infections. The infection toll has increased to 237,561 while the fatality toll now stands at 3,022.

This development indicates that the fourth wave of the pandemic is biting harder across the country, especially in Lagos State and the FCT. The latter, according to the latest data from the NCDC, accounted for a backlog of three deaths for December 25 and 26, 2021.

According to the latest statistics, the number of discharged cases now stands at 212,550, as the FCT also announced 32 discharges for December 25 and 26, 2021.

Apart from the FCT, Lagos State, which has contributed more to the surge in infections reported 401 new infections on Sunday.

Borno State in the North-east followed on the log with a backlog of 166 cases for December 24, 2021.

Next on the log is a line up of four south-western states with infections reported on Sunday. While Oyo State registered 78 cases, Ogun, 47; Osun, 30; and Ekiti, seven cases.

NCDC noted that Bauchi, Ondo, Plateau, Rivers and Sokoto States reported that they recorded no cases on Sunday.