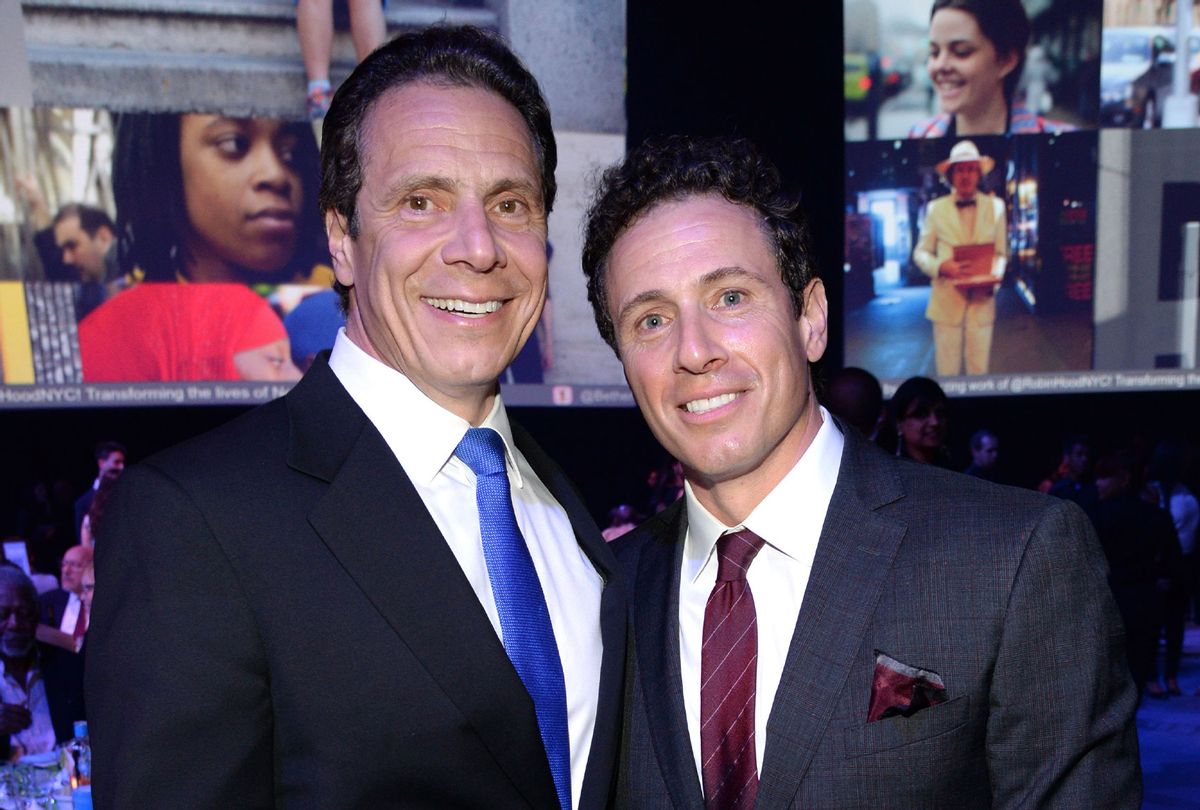 Recall that Andrew Cuomo was forced to step down as New York governor in August 2021 as a result of the scandal.

A criminal complaint charging him with a misdemeanour sex offense was filed two months later.

Chris Cuomo was initially suspended by CNN after his efforts to help his brother were revealed through documents released by Letitia James, New York attorney-general.

The documents showed that the anchor tried to use his connections in the media to help his brother deal with the allegations.

In a statement on Saturday, CNN said it decided to fire Cuomo after “additional information” came to light.

Chris Cuomo was suspended earlier this week pending further evaluation of new information that came to light about his involvement with his brother’s defense. We retained a respected law firm to conduct the review, and have terminated him, effective immediately.

A year ago the two sons of the late New York Gov., Mario Cuomo were flying high: Andrew as a three-term governor praised initially in many circles for his handling of the pandemic, Chris as the top-rated personality on CNN. Now they’re both out of work.

In May, Cuomo admitted that he had broken some of CNN’s rules in advising his brother on how to handle the allegations from a public relations perspective.

As women came forward accusing former Gov. Andrew Cuomo of sexual harassment, his brother, despite being a CNN anchor, pressed sources for information on the accusers and reported back to the governor’s staff on what he was learning.

He was active in helping craft their response to the charges, according to emails and a transcript of his testimony to investigators working for state Attorney General Letitia James.

Chris Cuomo and CNN had been under fire for months about their anchor’s conduct. When it first came to light in May that the anchor had been talking to his brother’s advisers, the network acknowledged that he had broken its rules but, as CNN said in a statement upon his suspension earlier this week, “we also appreciated the unique position he was in and understood his need to put family first and job second.”

The transcripts released by James this week revealed considerably more detail about Cuomo’s involvement — conduct CNN executives admitted was a surprise even to them.

While Cuomo has said he never tried to influence CNN’s own coverage of his brother, he told investigators for James about his calls to other journalists to find out what information they had about some of his accusers.

That seemed to conflict with an on-air statement Cuomo gave on CNN following his brother’s resignation in August. Cuomo had said that “I never made calls to the press about my brother’s situation.”

Cuomo also said that he never “attacked, nor encouraged anyone to attack any woman who came forward” with accusations against his brother. According to email transcripts released this week, Cuomo wrote to aides that “I have a lead” on one of the accusers, although it was not clear what he meant.

Things moved quickly this week following the release of the transcripts. CNN took him off the air on Tuesday and suspended him indefinitely before the firing on Saturday.

Reacting to his termination, Cuomo said;

This is not how I want my time at CNN to end but I have already told you why and how I helped my brother.

So let me now say as disappointing as this is, I could not be more proud of the team at Cuomo Prime Time and the work we did as CNN’s #1 show in the most competitive time slot. I owe them all and will miss that group of special people who did really important work.

The sack was clearly a painful decision for CNN President, Jeff Zucker, who installed Cuomo as a morning show host shortly after taking over at CNN in 2013, then later moved him to prime time. Until this week, he had backed Cuomo despite criticism.

“Cuomo Prime Time” had been the network’s highest-rated show this year, airing at the 9 p.m. Eastern hour between shows by Anderson Cooper and Don Lemon.

The firing leaves a significant hole in the network’s schedule.