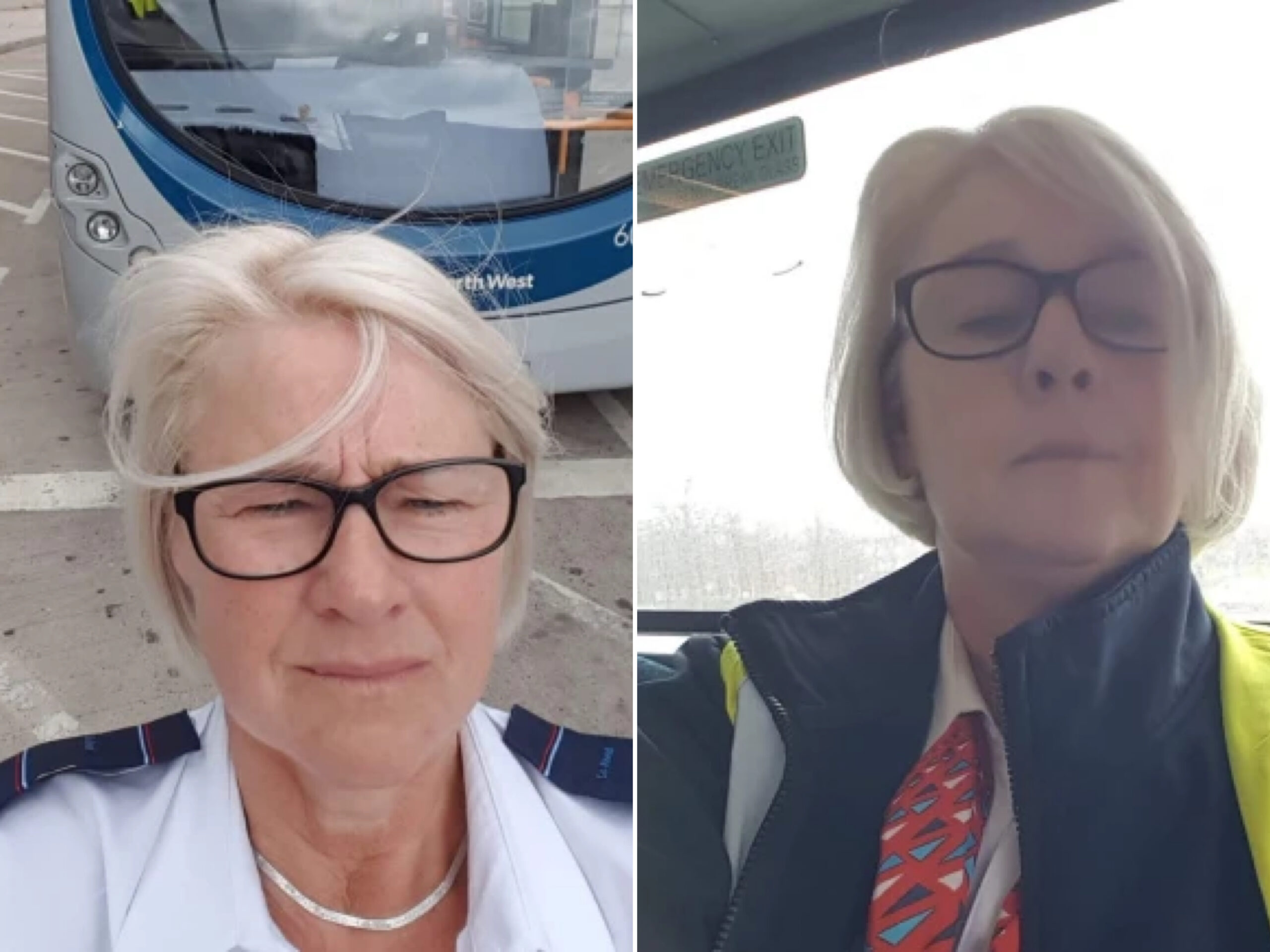 A 57-year-old British woman, who has been driving buses for over 34 years, has been sacked ‘for being too short’.

Tracey Scholes, who is five feet tall, was the first and only female driver at Queens Road depot in Greater Manchester, United Kingdom when she started in 1987, Metro UK reports.

She has seen many changes at the site, which didn’t even have women’s toilets when she started.

However, she has now been given three months notice to leave her job because she no longer has the ‘capability’ to drive the buses.

Tracey says this is because the company, Go North West Ltd, recently changed the position of wing mirrors on the buses, meaning she struggles to see them while keeping her feet on the pedals.

More than 1,000 people have now signed a petition started by her colleagues for the company to keep her on.

She said the firm began replacing broken ‘branch’ mirrors to the side of the windscreen with side mirrors, around two years ago.

When Tracey tried to drive these buses, she’d have to lean around a pillar on the cab assault screen to see the mirror, meaning her feet lifted off the pedals.

Tracey brought this to management’s attention, she says, and bosses assigned her routes driving single and double deckers with the old-style mirrors.

However, the mum-of-three says she would increasingly arrive on shift to find the tricky wing mirrors.

It’s one of the most important pieces of equipment on the bus. You need it to turn a corner or pull into a bus stop.

She says the company offered her an alternative role, but it was for fewer hours and lower pay so she declined.

This is heartbreaking. I’m a widow with three children, a house and a mortgage and it’s nearly Christmas. I’ve never had to involve the union before, I’ve never had a disciplinary, never been suspended.

The decision has left her devastated as she has worked there for decades, initially with First bus and then with Go North West, when they took over in 2019.

I’m flabbergasted that they can just get rid of me after 34 years. I love my job, I don’t want to lose it. I have regular customers and a regular route.

Tracey has been moved by the outputting of support from her colleagues.

I work with such a great bunch of lads. They are lovely. I’ve had such tremendous support with this. It’s just blown me away.

She has even been contacted by celebs such as Maxine Peake and Corrie star Julie Hesmondhalgh, she said.

A Unite the union spokesman said;

Tracey is a hardworking, loved and a valued member of the NW /5/4 Branch and the Queens Road family who deserves to be commended for her years of service to the traveling public of Greater Manchester.

However Go North West Ltd has dismissed her from employment because they changed the manufacturer specification on their fleet of buses resulting in five foot tall Tracey being physically unable to operate company vehicles safely.

Go North West Ltd have refused to consider proposals from Tracey and her Unite trade union reps to keep her in employment.

This has resulted in her unfair dismissal from Go North West Ltd for capability to fulfil her role a PCV driver. The company’s only resolution is to offer Tracey a position in the company that would see Tracey’s pay and hours cut significantly leaving her in financial hardship.

We are extremely proud of our team of drivers who continue to perform excellent work keeping the people of Manchester moving. Unfortunately, a situation has arisen where we have had to bring a driver’s employment to an end. This is a complex case, and the appeals process is ongoing. Therefore, we are unable to comment further at this stage.