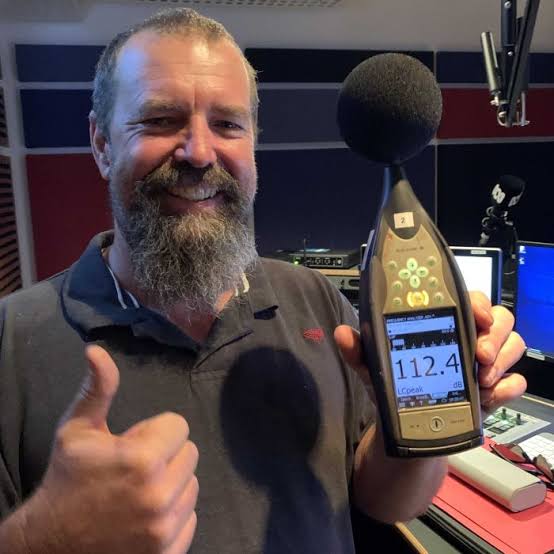 An Australian man has managed to break a decade-old Guinness record by letting out the loudest belch in the last 10 years.

Neville Sharp, from Humpty Doo, Northern Territory, has been belching ever since his sister, Sandy, taught him how to do it when he was only six years old.

He has been honing his “skill” ever since, but it was when his wife encouraged him to put his unusual talent to good use by going for a world record that he really started improving his belching.

Neville has been practicing hard for the last five years, and in August of this year, the 51-year-old managed to break a record that had been standing for nearly 12 years, after letting out a 112.4-decibel burp.

Paul Dunn, an Englishman, had held the record for the world’s loudest male burp since 2009, after burping at a whopping 109.9 decibels, but his amazing feat is no longer the loudest burp recorded in human history.

Australian Neville Sharp now holds the world record for the loudest male burp, after belching at a recorded 112.4 decibels at a studio in Darwin, Australia.

After surprising his friends and family with his obnoxious-yet-impressive belching for years, Neville Sharp started practicing seriously for a world record attempt five years ago. At the same time, he started looking for an appropriate team of sound engineers, and a suitable location to record such a monumental feat.

My reason for attempting to break this record was to be a world record holder. The secondary reason was because the world record has been held by an Englishman for over 10 years.

Neville’s attempt was carried out under the strict rules and guidelines of The Australian Book Of Records (TABOR), back in August, and was recently acknowledged by Guinness Book of Records as well.

In case you were wondering, the world’s loudest female burp (107 decibels) was recorded in 2009 by Elisa Cagnoni at Hard Rock Beer festival ‘Ruttosound’ competition in Reggiolo, Italy.

Watch some videos of the Guinness World Record holder;