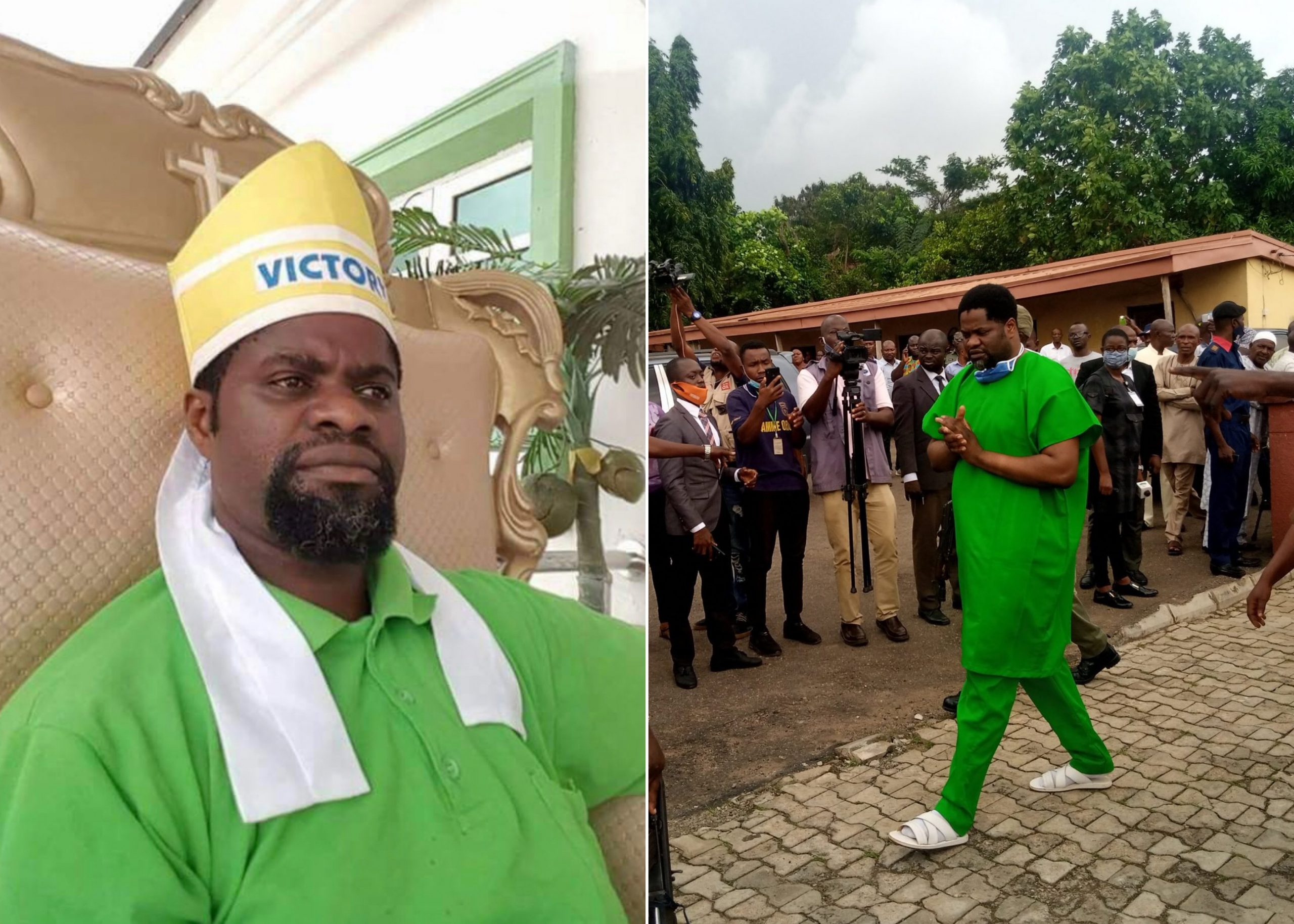 Court of Appeal sitting in Akure, the Ondo State capital has set aside the life sentence judgement of the State High Court against Prophet Sotitobire over the disappearance of a child in his church.

In the judgment that lasted about one hour, the Presiding Judge, Justice Hammah Barka, ruled that the circumstantial evidence the court based its judgment was not enough to convict the 43-year-old prophet.

During the judgment, Justice Barka knocked out the prayer of the counsel to the appellant, Gboyega Awomolo (SAN), who was represented by Akinyemi Omoware, that the Department of State Security, DSS, cannot investigate crime.

On October 6, 2020, Justice Olusegun Odusola of the Ondo State High Court had sentenced Prophet Alfa to life imprisonment over what he described as his complicity in the mysterious disappearance of a 13-month-old boy, Gold Kolawole from his church.

Alfa was sentenced by the lower court alongside five workers of his church on a two-count charge of conspiracy as well as aiding and abetting kidnapping.

The other convicted church workers, who were teachers in the children’s department were, Omodara Olayinka, Margaret Oyebola, Grace Ogunjobi, Egunjobi Motunrayo, and Esther Kayode.

Following his conviction by the lower court, Prophet Alfa approached the Court of Appeal to nullify the life imprisonment judgment.

Speaking on the judgment, the Attorney General of the state, Titiloye Charles disclosed that the state government will study the judgment before taking the next line of action.

Our attitude from the state is that we will study the judgment and take the proper step we are supposed to take.

On his part, the counsel to the appellant, who was represented by Omoware stated;

Truth must prevail over falsehood. The Prophet was convicted over conspiracy, aiding and abetting kidnapping. The Court of Appeal has overturned that judgment.

It was held that the appellant was not found culpable of the alleged offence. He is not guilty as pronounced upon by the trial court.

We are using this medium to tell the members of the church and the general public that they should rejoice with a conscience. They should not go out causing problems. They should take it that, that is the will of God. We are happy about this.

One of the defendants who is Motunrayo Ogunjobi has equally been discharged. The court said there is no iota of evidence against her just like the Prophet, that they don’t know about the commission of the offence.

The basis was that the prosecution has failed in its entirety to prove the element of the alleged offence. The implication of that is that they were convicted wrongly by the lower court. They have been justified by the Court of Appeal.

We are happy that God has vindicated him. I think that should be enough. He is a Prophet God. It has been destined that he will walk this way and pass through this challenge. Whatever compensation that anybody may think he is entitled to, that will not be enough to justify.

‘I Am So Grateful’ – Tiger Woods Says As…