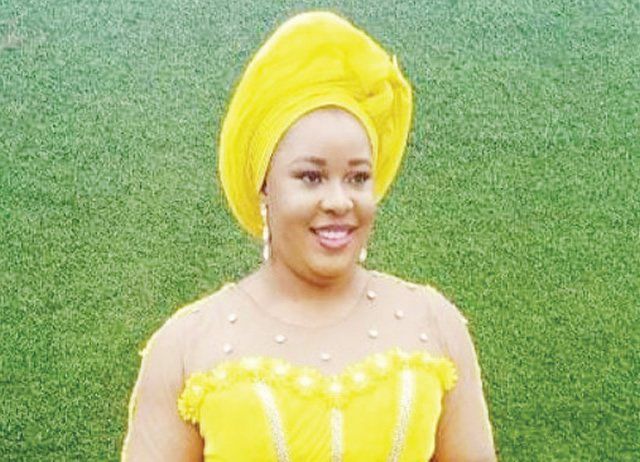 Amaka died three weeks after her sister, Onyinye, a personal assistant to the Managing Director, Fourscore Heights Limited, Femi Osibona, died alongside 46 others in the 21-storey building that collapsed on November 1 on Gerrald Road, Ikoyi, Lagos.

Reports have that Amaka, who got married six months ago, died on Sunday after battling an undisclosed illness.

Her friend, Blessed Chinasa, while writing about the incident on Facebook, expressed sadness at the double tragedy that befell the family.

Exactly 3 weeks after the death of your younger sister at the Ikoyi building collapse, you followed her. Losing 2 daughters in a space of 3 weeks is a pain too terrible for a mother to bear.

When we visited you on Monday you were recovering only to hear of your death today. Amaka why did you follow your sister? Your mother is trying to be strong, she is trying to hide her pain by singing praises to God and laughing when we visited today, but she is losing it.

Just this past May, you were glowing, full of smiles and life walking down the aisle with your better. 6 months later you left him shattered and broken.

Amaka, why? your husband is deeply hurt, your mother broken into pieces because of you and your sister, your siblings questioning if God still exists. Your colleagues and friends asking why.

Speaking to Punch Metro, the Executive Director, Corporate Services of Oxford Holdings, Leke Balogun, in a statement on Tuesday, confirmed Amaka’s death and commiserated with her family.

We are downhearted to inform you of the passing away of Mrs Doris Amaka (Nee Enekwe), who passed away on November 22, 2021.

She had been a valued member of our team where she served as GRMD, Oxford Millennium, and will be missed. She was a committed staff member, an excellent performer with a great personality.

Her untimely death is indeed a great loss to all of us. Kindly keep her husband, Mr Azoba Chinedu and family in your thoughts as they go through this difficult time.