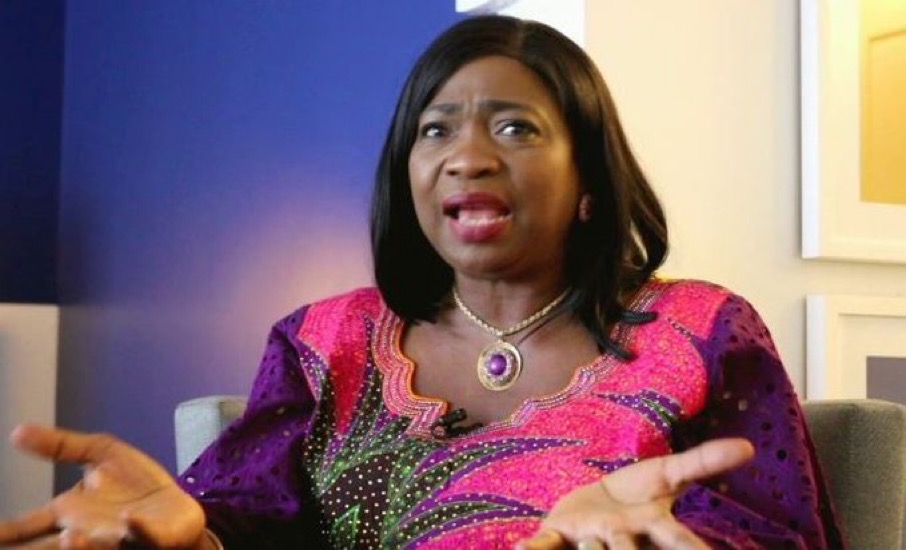 Chairperson of Nigerians in Diaspora Commission, Abike Dabiri-Erewa, has blamed Itunu Babalola, the Nigerian lady who died in an Ivorian prison, saying she reported her plight late to Nigerian Commission in Ivory Coast.

Dabiri-Erewa said this during an interview on The Morning Show programme of Arise TV, saying that Itunu had spent two years in jail before the matter was reported.

Babalola’s case became public in March 2021, after a journalist, David Hundeyin shared her story on Twitter.

The 21-year-old from Oyo State was a trader based in Bondoukou, Cote d’Ivoire before her apartment was burgled by an Ivorian in September 2019.

Babalola wss sentenced to 10 years imprisonment in Cote d’Ivoire for alleged human trafficking which she insisted before her demise she did not commit.

Her ordeal started after she accused an Ivorian of a robbery at her residence and insisted on filing a case against him. However, the accused, who happens to be related to an Ivorian policeman, had asked her to drop the case but she insisted on getting justice.

Using a pseudonym, she went on to file charges against him but, mysteriously, the robbery charge which she filed was flipped to a case of human trafficking against her.

In a statement issued this week by Nigerian Embassy in Cote d’Ivoire, the mission said the deceased had been diagnosed with diabetes and went into a diabetic coma at a hospital in Bondoukou, north-central Cote d’Ivoire on Friday, November 12th, 2021.

The embassy said she had been sentenced to a 10-year prison term and that the consular section had paid her visits to commence the appeal on her sentencing before she died.

Unfortunately, Babalola died on Sunday, 14 November, after reportedly contracting an infection in prison.

Speaking about her death, Dabiri-Erewa said;

She did not inform the mission about the trial. She had spent two years in jail, then her father cried out for help. Perhaps, when she had issues with the burglar and policeman that was changing the case and reported to the Mission, maybe it would have been a different story.

The former member of the House of Representatives, however, stated that the Nigerian Ambassador to Ivory Coast, Martin Adamu, immediately swung into action after the matter came to his knowledge.

Dabiri-Erewa stated that the Ivorian prosecutor said the victim should not be in jail, saying;

But as soon as the ambassador got to know about it they immediately took action. First, they went to see her when she was in prison, somewhere outside Abidjan and got a lawyer. They also got money together for the lawyer to even begin the case. And the money was raised within the Nigerian community and the Nigerian Mission quickly. The lawyer gave an assurance that it was a case for an appeal. In fact, the prosecutor made it clear that the girl (Itunu) shouldn’t be in jail.

Dabiri-Erewa added that the deceased was not involved in human trafficking despite using the name ‘Becky Paul’ while in Ivory Coast.

We wouldn’t know because she is dead now, maybe she was afraid. But whatever the case, she was not involved in human trafficking.

FG Demands Investigation Into Death Of Nigerian Lady In…