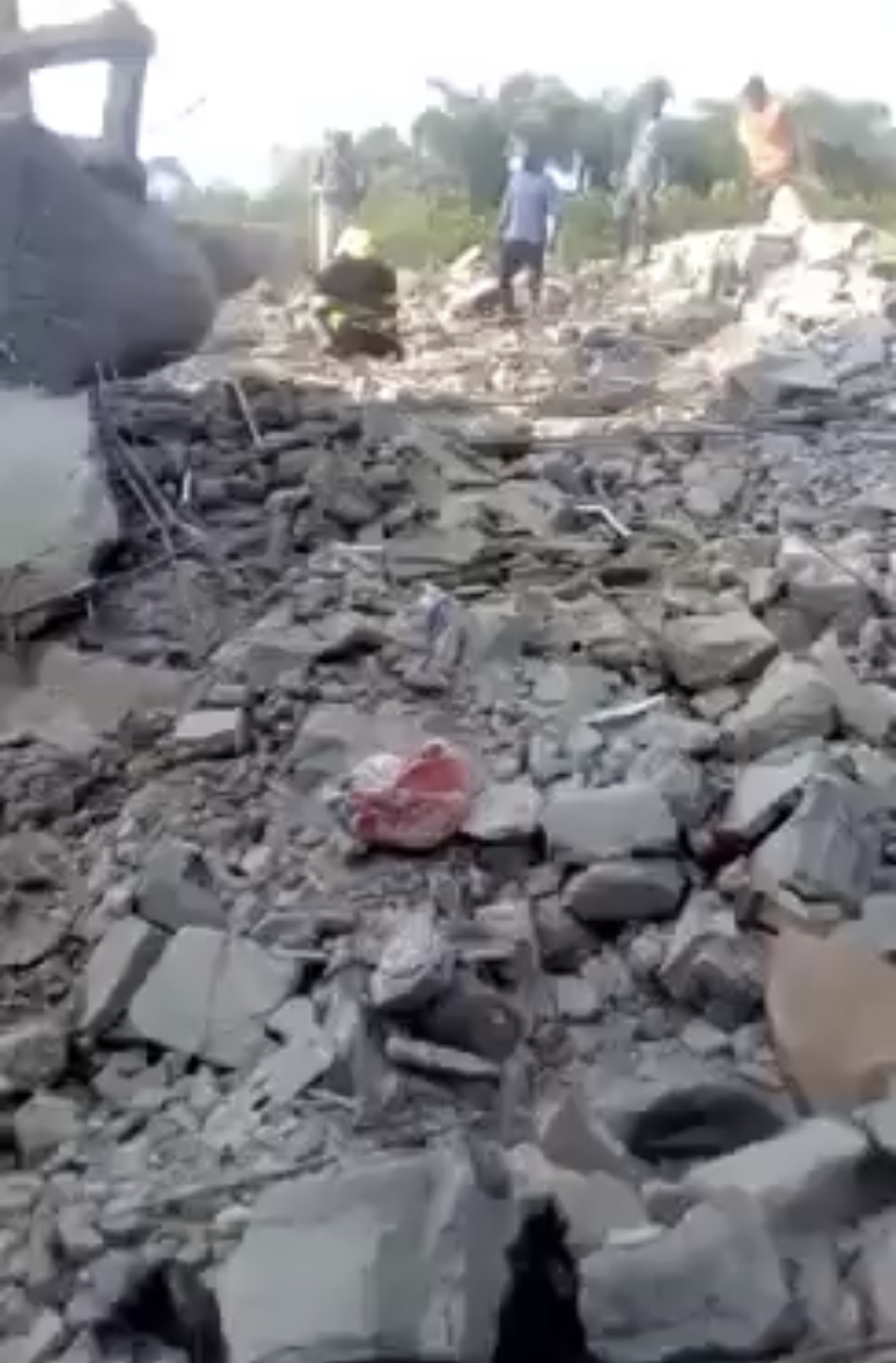 Five persons have on Wednesday rescued from a collapsed building in Flour Mills estate in Magbon area of Badagry, Lagos State.

According to the Lagos State Fire and Rescue Service, the storey building was under construction when it collapsed.

Apart from those rescued, there are still victims trapped in the rubble of the building.

Several persons are trapped in the building while five victims are said to have been rescued.

“There has been a reported case of a storey building collapse at Sunny Filled, Flour Mills, Estate, Magbon, Badagry, Lagos,” the statement reads.

The Lagos State Fire and Rescue Service, Badagry Station had rescued 5 (five) victims from the under-construction building while concerted efforts are ongoing to rescue remaining trapped victims. The victims which are mainly construction workers are however rescued with varying degrees of injury but in stable condition and been taken to nearby hospitals for treatment.

However, 4 (four) adults male have been recovered (unconscious) thus far as the Nigerian Police, Morogbo Division and the Community dwellers are complementing the efforts of the Lagos State Fire and Rescue Service.

The incident comes two weeks after a 21-storey building located in the Ikoyi area of Lagos collapsed.

Over 45 people were confirmed dead in the incident, including Femi Osibona, the developer of the structure.

Babajide Sanwo-Olu, governor of Lagos, has since inaugurated a tribunal to probe the collapse of the high-rise.

Watch a video from the latest collapsed building below;