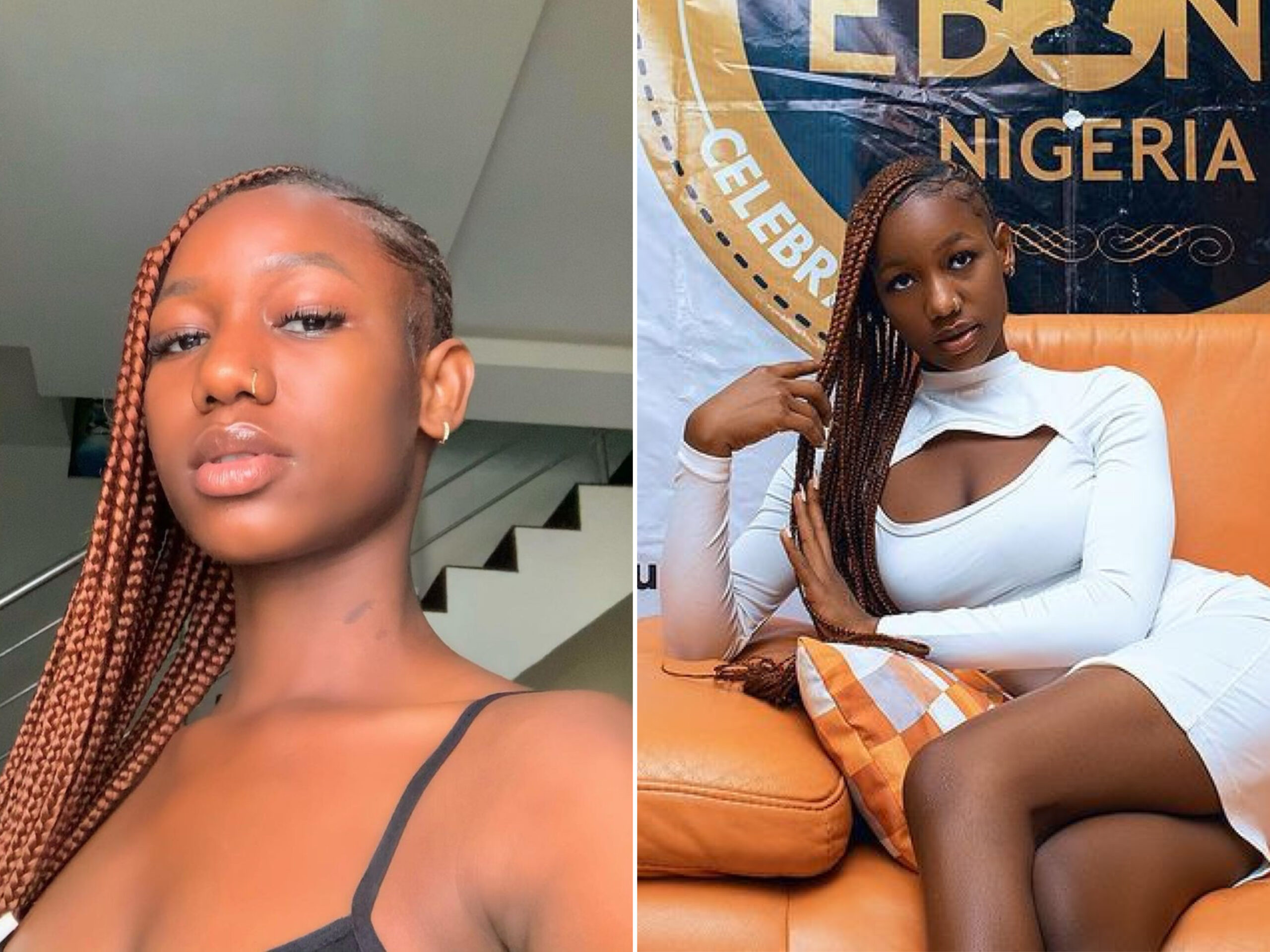 According to reports making the rounds on the internet, the incident happened at a popular beach in Lagos where she was swept away by the ocean. 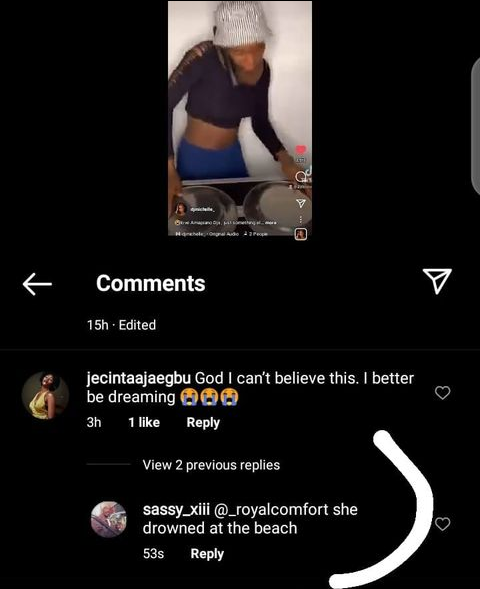 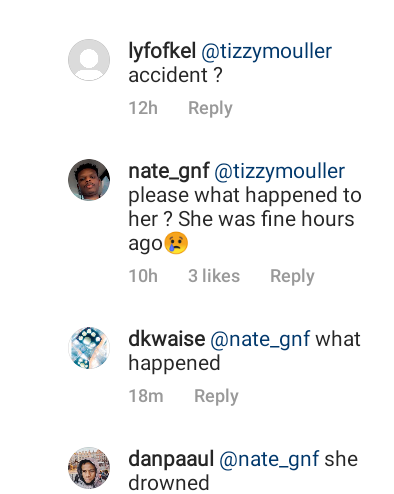 The sister of the 21-year-old DJ, Stella took to her Instagram page to confirm the incident.

On her Instagram story, the aggrieved sister shared a picture of Michelle with the caption, “God why? Ahh Michelle”, accompanied with crying emojis. 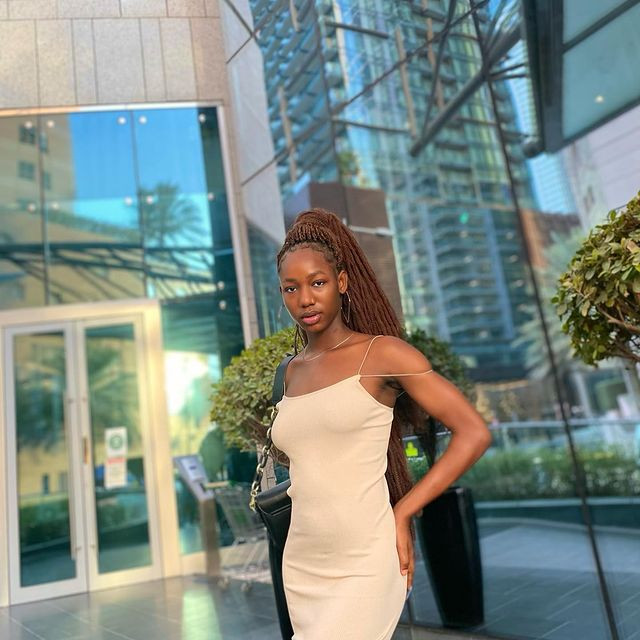 Expressing shock, she wrote, ” I’m in shock. God don’t let this be the end. I need a miracle right now. My sister can’t be gone.” 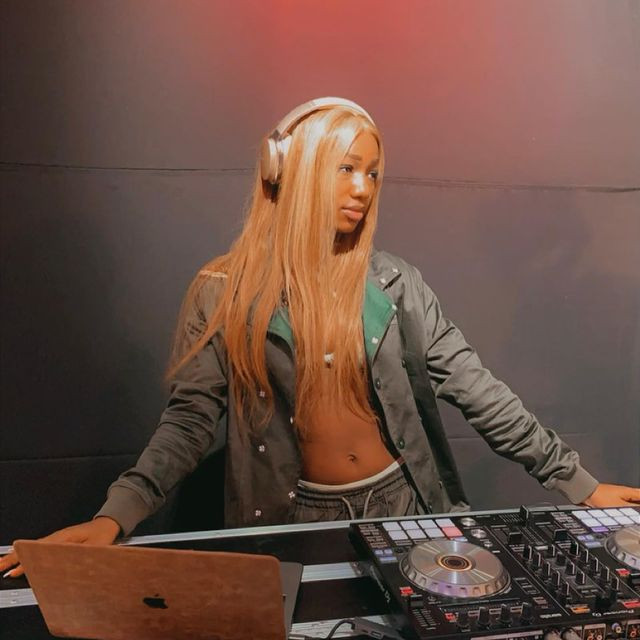 The disc jokey’s sister also stated that people watched on while her sister drowned. She wrote, “My sister did not deserve this, I can’t breathe. They all stood there and watched her drown. God where’s my sister?? Where’s her body?”

This suggested that the body of the DJ was yet to be recovered from the beach. 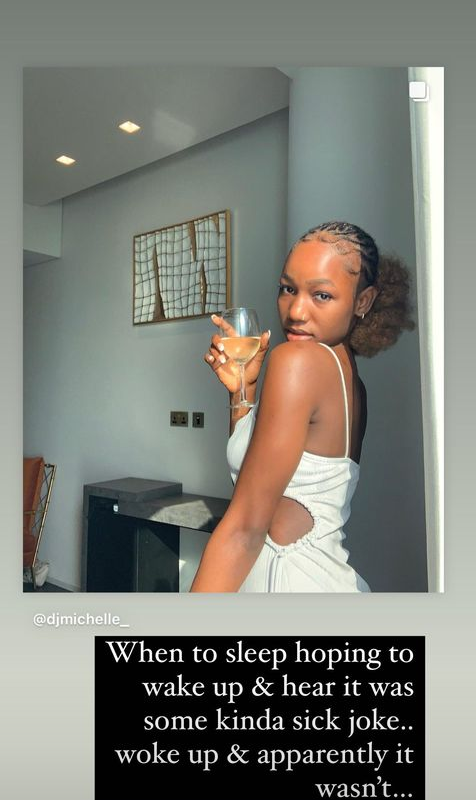 A check through her Instagram page shows that she posted a video of herself at a beach 18 hours ago. Friends says she died shortly after.