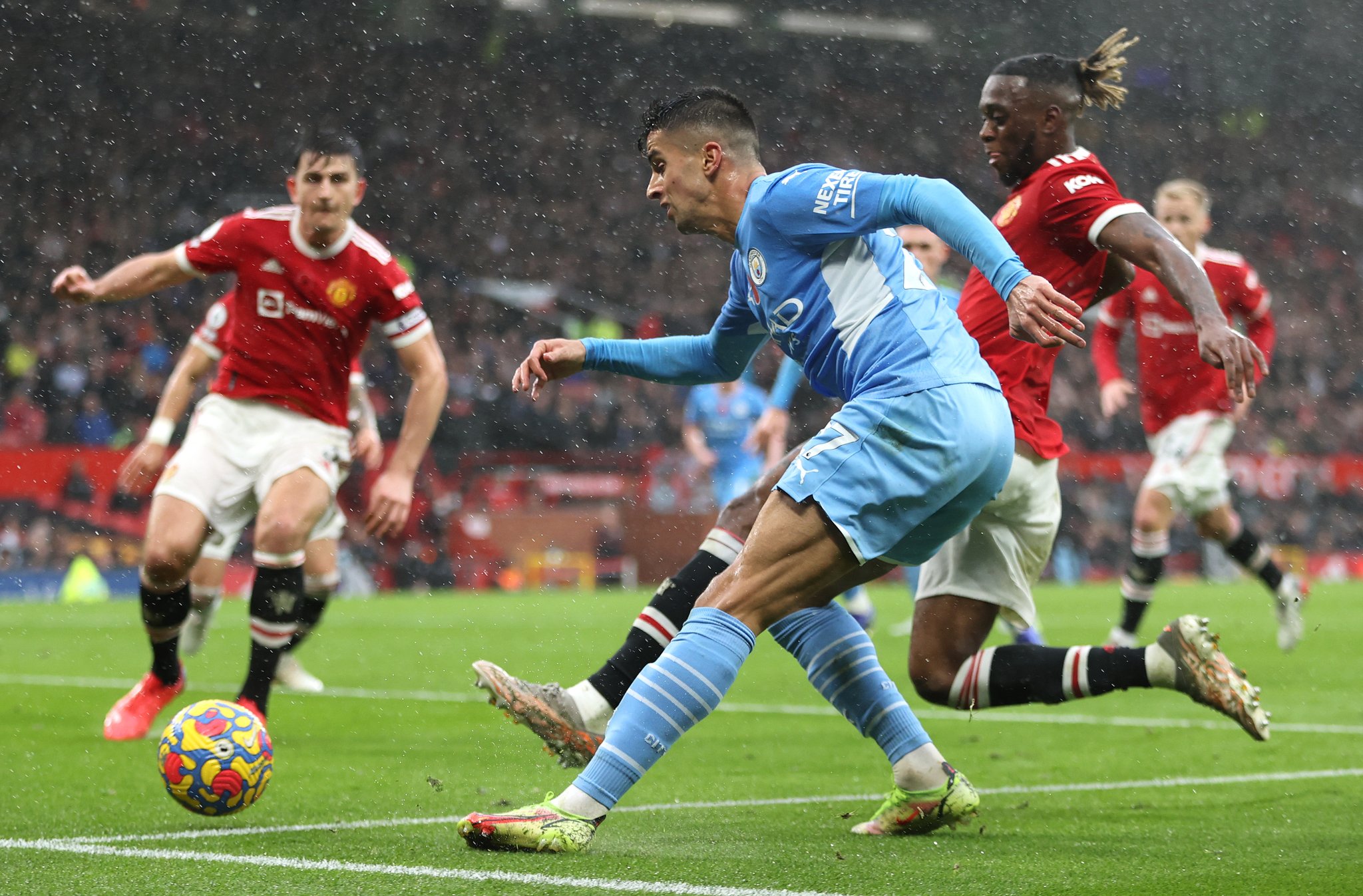 Manchester United has suffered another home humiliation as Manchester City cruised to a 2-0 win at Old Trafford on Saturday to raise further questions over the future of Ole Gunnar Solskjaer.

Eric Bailly’s own goal and Bernardo Silva’s strike on the stroke of half-time was the difference between the sides on the scoreboard, but that did little justice to the chasm between the teams.

The visitors capitalized on two Manchester United mistakes to move to within two points of first place.

A 7th minute own goal by Manchester United’s Eric Bailly, and a Bernardo Silva goal at the stroke of halftime capped a comprehensive first-half performance by the visitors. Then City managed the second half, often controlling possession and keeping Man United at bay.

The Red Devils brought on three attacking subs, but they could not affect the match, and Man United meekly succumbed to their rivals.

The result keeps Manchester City in the English Premier League title race, but by the time the day is up Manchester United could find itself off the pace from league-leading Chelsea by as many as double digits.

With Chelsea, Liverpool and Man City flying ahead after 11 matches of the 38-game season, Man United could be forced to settle for a battle for fourth place and the Champions League berth that comes with it.