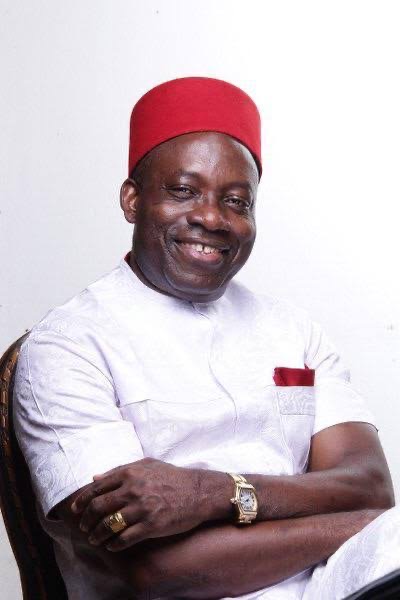 Former governor of Central Bank of Nigeria and candidate of All Progressives Grand Alliance, Prof Chukwuma Soludo, has been declared winner of Anambra Governorship Election by Independent National Electoral Commission.

He came out victorious in the Anambra governorship elections by winning 19 of the 21 local government areas of the state.

However, the candidate of the All Progressives Congress (APC), Senator Andy Uba, was unable to win any local government in the election.

The Returning Officer of the Anambra Governorship Election, Prof Florence Obi, announced the result in the early hours of Wednesday at the INEC office in Awka, Anambra State.

That Charles Chukwuma Soludo of APGA, having satisfied the requirements of the law is hereby declared the winner and is returned elected.

Soludo, 61, a former Governor of the Central Bank of Nigeria, secured 112,229 votes, twice more than his closes rival – PDP’s Ozigbo to be returned as winner of the election.

The victory of Soludo, who was the apex bank governor between 2004 and 2009, comes on the heels of a toughly contested election that spilled into a supplementary poll over security concerns in one of the 21 local government areas – Ihiala.

As the usual practice, election results were trickling in a day after the election and those from 20 local government areas were collated, except Ihiala.

Party agents, reporters, and observers, among others, had waited until the early hours of the third day (Monday) for a winner to be declared before events took a different turn.

Rather than declaring a winner, Professor Obi announced the suspension of the collation exercise despite announcing the total votes scored by the contenders in the 20 LGAs collated so far.

She went on to announce that a supplementary election should be conducted in the 326 polling units across Ihiala, saying this was in line with the provisions of the Constitution.

Also, Soludo was previously faced with legal battles and intra-party squabbles but the Supreme Court in Abuja affirmed him as APGA governorship candidate. This was after the sacking of a former APGA candidate, Chukwuma Umeoji, by the court.

Umeoji, who is the current member of the House of Representatives representing Aguata Federal Constituency in Anambra State, was recently sacked by a court decision after his name had been listed by the Independent National Electoral Commission as APGA’s candidate.

The court then ordered INEC to replace Umeoji with Soludo as the validly elected candidate of APGA for the governorship election.

Also in April 2021 during the build-up to the election, Soludo narrowly escaped death when gunmen unleashed terror on him and his security aides during a town hall meeting in his hometown in Isuofia in the Aguata Local Government Area of Anambra.

Three of his police orderlies were killed during the attack which he described as “senseless”. Soludo dedicated his victory to the three policemen in his acceptance speech on Wednesday.

Soludo is expected to be sworn into office next March after the expiration of the two-term tenure of the incumbent governor, Willie Obiano, who is also of the All Progressives Grand Alliance.