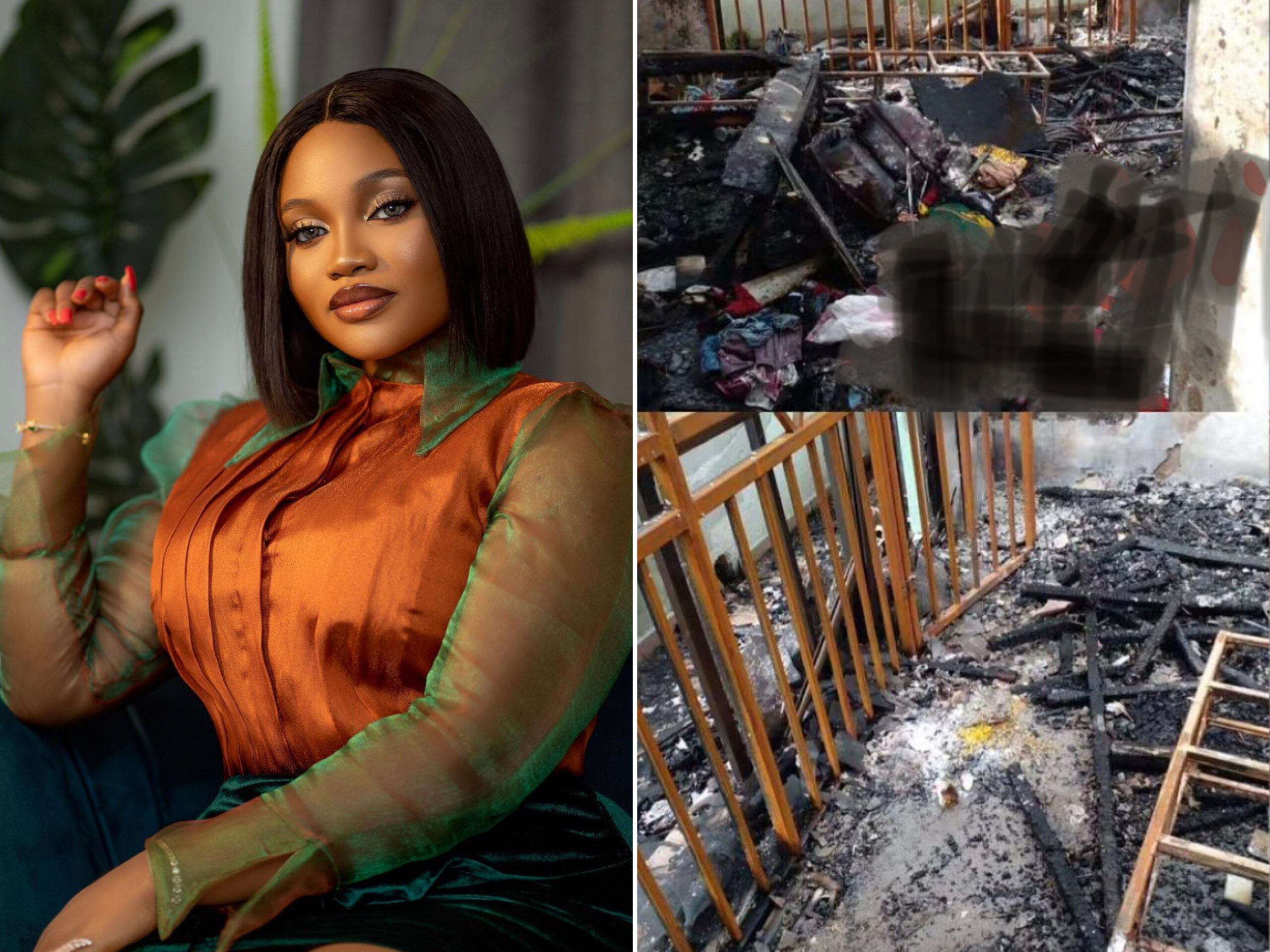 Big Brother Naija star, Jumoke Zainab Adedoyin, popularly known as JMK, has confirmed that there was a fire accident in her home, where she lost some of her valuables.

Few days ago, a lady identified as Ever Diva on social media revealed that the reality star lost her certificates, clothes, and her phones to fire.

The reality star was later accused of chasing clout concerning the accident.

Confirming the news, JMK in a post on her Snapchat, sharing pictures of the ruins in her room, described the incident as devastating, hoping to recover all she lost.

She disclosed that around 4am, November 16th, her air conditioner caught fire from a surge while she was asleep in the room.

The last couple of days have been beyond devastating. I thank God for my life and the life of my friends. 4am on the 16th of November, my Air Conditioner caught fire from a surge while I was sleeping in the room. I woke up choking to the smoke, ran to my friend’s room to call her but all efforts to put out the fire were in vain. Before the firefighters came the room was burnt to the ground. The fire outbreak took everything that I own down to all my certificates.

She, however, expressed hope saying she’ll bounce back as long as she’s still breathing.

JMK went ahead to call out those who accused her of chasing clout with the incident, describing them as insensitive and inhuman.

It is how insensitive some of you are, I was not going to speak on this but it’s one thing to not like someone, it’s another thing to wish bad things on them. Saying I’m chasing clout is very sad and annoying. I don’t even wish this on my enemies. BBNaija is just a show.