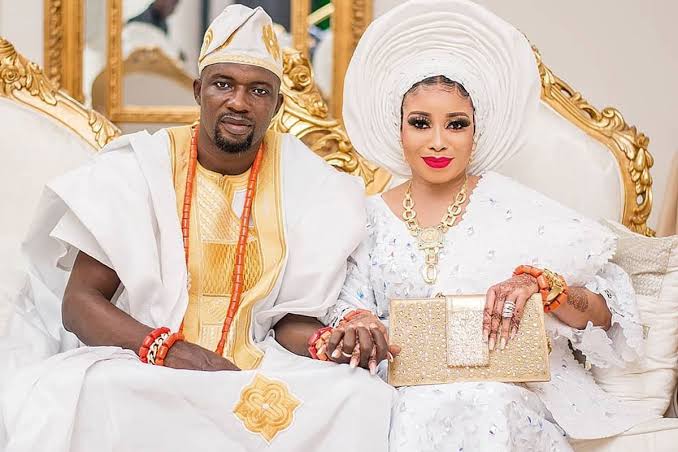 Nollywood actress, Lizzy Anjorin, has released the paternity test results of her child with her husband, Lateef Lawal.

In an Instagram post on Sunday, she shared medical documents showing a 99.9 percent paternity probability, which means Lawal is the father of her daughter.

The actress later released a video on her page where she spoke more about the test.

It remains unclear what may have prompted her to share the test result or if there are cracks in her less than two years marriage with the businessman. 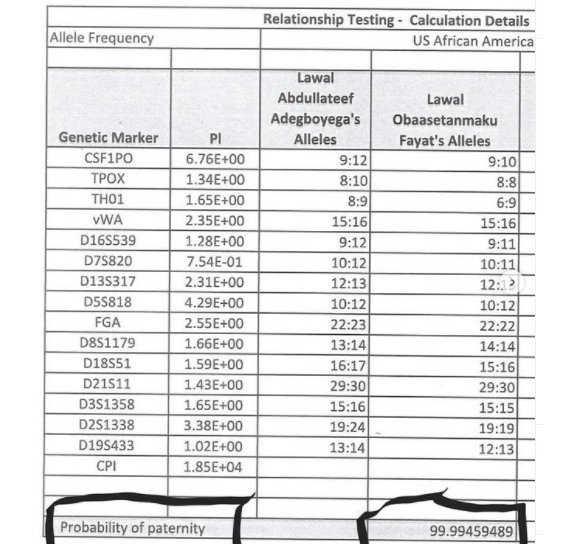 Read Also: Actress, Lizzy Anjorin To Dedicate Newborn Child In 10 States In US, 5 Other Countries

Anjorin and Lawal tied the knot in July 2020 at a private wedding ceremony that hosted friends and relatives.

The couple welcomed their first child together in May this year. They also dedicated the infant the following month in 10 cities in the United States and 5 other countries.

In 2020, Anjorin had dismissed claims that Lawal was polygamous.

My husband doesn’t have the strength to keep two wives not to talk of six. Being a public figure, I should have to live by example as such be conscious, mindful and careful of what I do.

Notwithstanding doesn’t mean I have to cowardly ignore ill statements being circulated on social media. I have first and foremost been a very good friend to my husband for a whole fourteen years.

This means that I know all of his activities, whom and who he has dated and been with, which doesn’t define valid and legal marriage under the act.

Marrying my friend of over fourteen years means he is a good man and generous man, but the reason he did marry them legally is known to him alone.