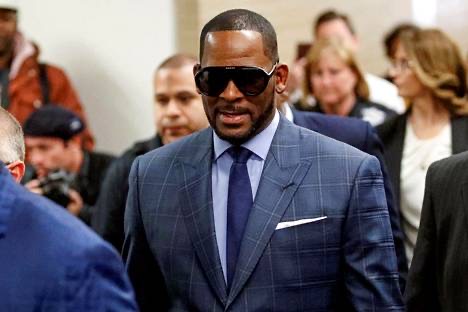 YouTube has removed R Kelly’s channels from its platform — a few weeks after his sex trafficking conviction.

R. Kelly was found guilty of being the ringleader of a decades-long racketeering and sex trafficking scheme that exploited black women and children in September after five weeks of testimonies and hours of deliberation from the jury.

According to Reuters, the world’s largest video platform said it has taken down RKellyTV and RKellyVevo, two of the embattled singer’s channels.

YouTube also said the singer — whose real name is Robert Sylvester Kelly — will no longer be able to create or own any other YouTube channel.

It, however, added that the catalogue of his music will be available on YouTube Music, its audio-streaming service.

“We can confirm that we have terminated two channels linked to R. Kelly in accordance with our creator responsibility guidelines,” the platform’s spokesperson was quoted as saying.

Videos uploaded by other YouTube users, it is understood, will continue to be available.

A campaign has long sought Kelly’s removal on streamers like Spotify, Apple Music, and Amazon Music.

Kelly, whose music has since disappeared from radio, faces a mandatory minimum of 10 years in prison.

Ahead of his sentencing scheduled for May 4, 2022, lawyers have estimated that he could face up to life in prison.

The singer gained global fame in the 1990s with hit songs like ‘I Believe I Can Fly,’ ‘The World’s Greatest,’ and ‘Your Body’s Calling’ among others

Sex Trafficking Trial: R. Kelly Not Expected To Testify In…