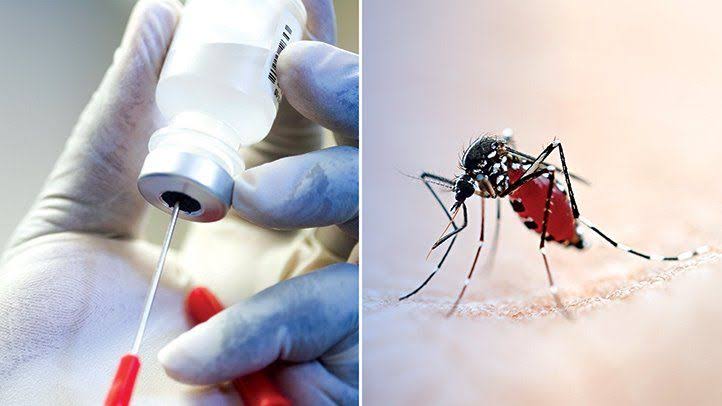 World Health Organization has endorsed RTS,S/AS01 malaria vaccine, the first one against the mosquito-borne disease that kills more than 400,000 people a year, mostly African children.

The development was made known by the director-general of the agency, Tedros Ghebreyesus, who announced it at a media briefing on Wednesday.

The decision followed a review of a pilot programme deployed since 2019 in Ghana, Kenya and Malawi where more than two million doses were given of the vaccine, first made by the pharmaceutical company GSK in 1987.

He expressed optimism that the vaccine will improve efforts on malaria prevention in Africa, saying;

This is a historic moment. The long-awaited malaria vaccine for children is a breakthrough for science, child health and malaria control. Using this vaccine on top of existing tools to prevent malaria could save tens of thousands of young lives each year.

After reviewing evidence from those countries, WHO said it was “recommending the broad use of the world’s first malaria vaccine”, the agency’s director general Tedros Adhanom Ghebreyesus said.

WHO in a statement said it was recommending the widespread application of the vaccine among children in sub-Saharan Africa and in other regions with moderate to high malaria transmission.

Malaria, according to the New York Times, is among the oldest known and deadliest of infectious diseases. It kills about half a million people each year, nearly all of them in sub-Saharan Africa — among them 260,000 children under age 5.

Malaria symptoms include fever, headaches and muscle pain, then cycles of chills, fever and sweating.

Every two minutes, a child dies of malaria, according to the World Health Organization.

The new vaccine, made by GlaxoSmithKline, rouses a child’s immune system to thwart Plasmodium falciparum, the deadliest of five malaria pathogens and the most prevalent in Africa. The vaccine is not just a first for malaria — it is the first developed for any parasitic disease.

In clinical trials, the vaccine had an efficacy of about 50 per cent against severe malaria in the first year but dropped close to zero by the fourth year.

The trials did not measure the vaccine’s impact on preventing deaths, which has led some experts to question whether it is a worthwhile investment in countries with countless other intractable problems.

Many vaccines exist against viruses and bacteria but this was the first time that the WHO recommended for broad use of a vaccine against a human parasite.

“From a scientific perspective this is a massive breakthrough,” said Pedro Alonso, Director of the WHO Global Malaria Programme.

Before the newly recommended vaccine can reach African children, the next step will be funding.

On her part, Kate O’Brien, Director of WHO’s Department of Immunization, Vaccines and Biologicals, expressed;

That will be the next major step… Then we will be set up for scaling of doses and decisions about where the vaccine will be most useful and how it will be deployed.

New Father Puts Himself Up For Sale After Hospital Detained Wife, Babies Over N4.5million Unpaid Bill

Flood: US Promises To Help Nigeria With $1Million As Humanitarian Assistance