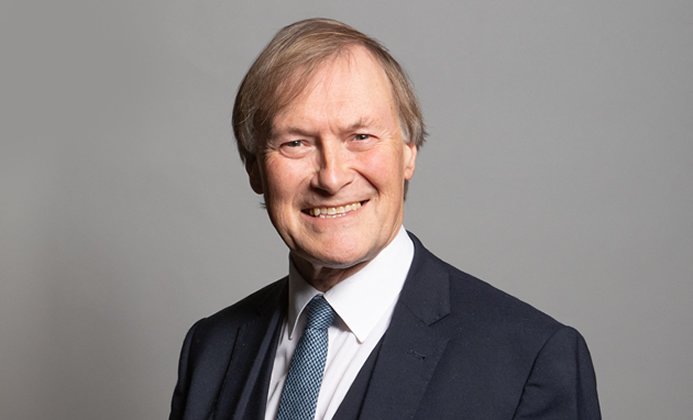 British Member of Parliament, David Amess, has died after being stabbed several times during a meeting with his constituents at a church in eastern England.

Local police did not name the 69-year-old father or five but said a man had been arrested “on suspicion (of) murder” after the stabbing in Belfairs Methodist Church in Leigh-on-Sea on Friday.

“We are not looking for anyone else in connection with this incident,” said Essex police, adding that the man in custody was aged 25, and a knife was recovered.

A man has been arrested on suspicion murder after a man was stabbed in #LeighonSea.

We were called to Eastwood Road North shortly after 12.05pm.

A man was arrested at the scene.

We are not looking for anyone else.

Amess was meeting with voters from his constituency before being knifed repeatedly in an attack which politicians around the world have described as an assault on democracy.

Paramedics fought to save his life on the floor of the church – where a sign says “All are welcome here: where old friends meet and strangers feel at home” – but in vain.

He was treated by emergency services but, sadly, died at the scene. A 25-year-old man was quickly arrested after officers arrived at the scene on suspicion of murder and a knife was recovered.

As grim news of the attack emerged, Prime Minister Johnson rushed back to London from a meeting in Bristol, western England.

Colleagues from across parliament expressed their shock and paid tribute to Amess, who held regular meetings with voters on the first and third Friday of the month, saying he was diligent in his duties to his local area.

“This is the most devastating, horrific & tragic news,” former prime minister David Cameron said on Twitter. “Words cannot adequately express the horror of what has happened today.”

This is the most devastating, horrific & tragic news. David Amess was a kind & thoroughly decent man – & he was the most committed MP you could ever hope to meet. Words cannot adequately express the horror of what has happened today. Right now, my heart goes out to David’s family

Amess, married with five children, was first elected to parliament to represent Basildon in 1983, and then stood for election in Southend West in 1997. He was knighted by Queen Elizabeth for his public service in 2015.

His website lists his main interests as “animal welfare and pro-life issues.”

The stabbing at Amess‘ meeting with constituents has echoes of past attacks on UK lawmakers, including the 2016 fatal shooting of Labour’s Jo Cox just days before the Brexit referendum.

Another Labour MP, Stephen Timms, was stabbed multiple times during an event in 2010, but recovered from “potentially life-threatening injuries” and is still an MP.

Timms said he was “appalled” at the latest attack, which has caused flags to be lowered in Downing Street (a street in City of Westminster that houses the official residences and offices of the Prime Minister of the United Kingdom and the Chancellor of the Exchequer).