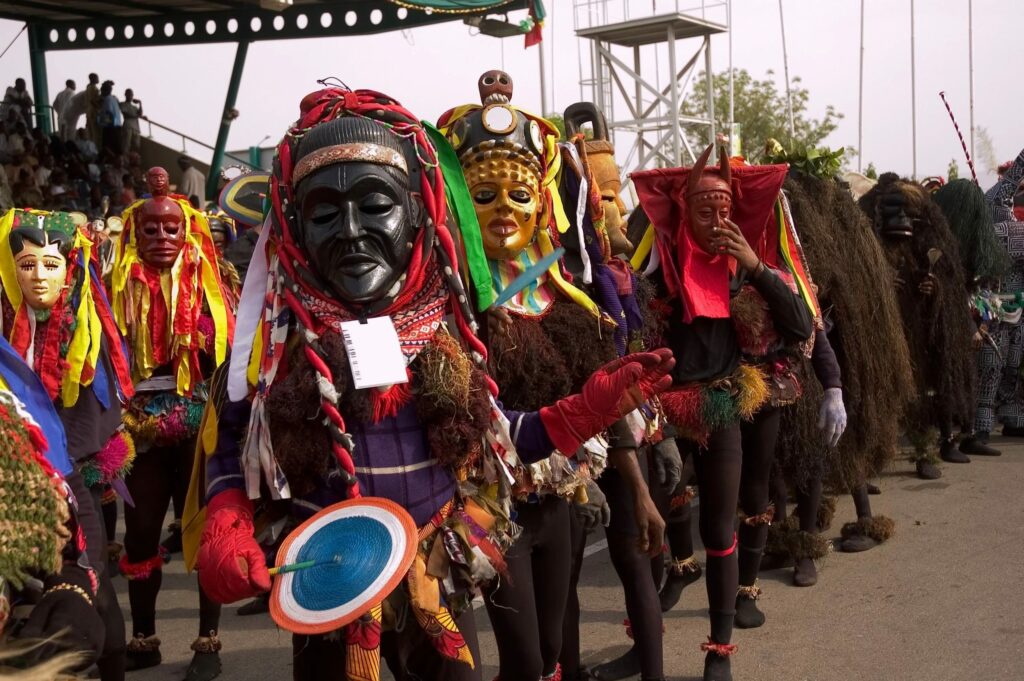 Two masqueraders have been arrested for allegedly robbing a resident of Melenge community, Ipele in Owo Local Government Area of Ondo State.

The suspects identified as Sheriff Ojo and Muhammed Lukman allegedly robbed one Adinoyi Mohammed of N370,000 and mobile handset.

It was also learnt that the suspects also inflicted injury on the victim’s father, Saliu Ajayi before leaving the scene of the incident.

On September 19, 2021, around 8.30pm, information was received from Melenge community, at the Ipele police divisional headquarters that around 6.30pm, same date, Sheriff Ojo, Muhammad Lukman, and others at large, paraded themselves as masqueraders, inflicted injuries with cutlasses on one Adinoyi Mohammed, dispossessed him of the sum of N370,000, a handset valued at N32,000 and a shirt valued at N2,500. They also inflicted injuries on the victim’s father, Saliu Ajayi before leaving the scene of the incident but they were apprehended by security agents within the town.

Odunlami noted that the police recovered from the suspects different items, including cutlasses, charms and costumes.

Two suspects had been arrested and will soon be charged to court while effort is ongoing to arrest the other fleeing masqueraders.