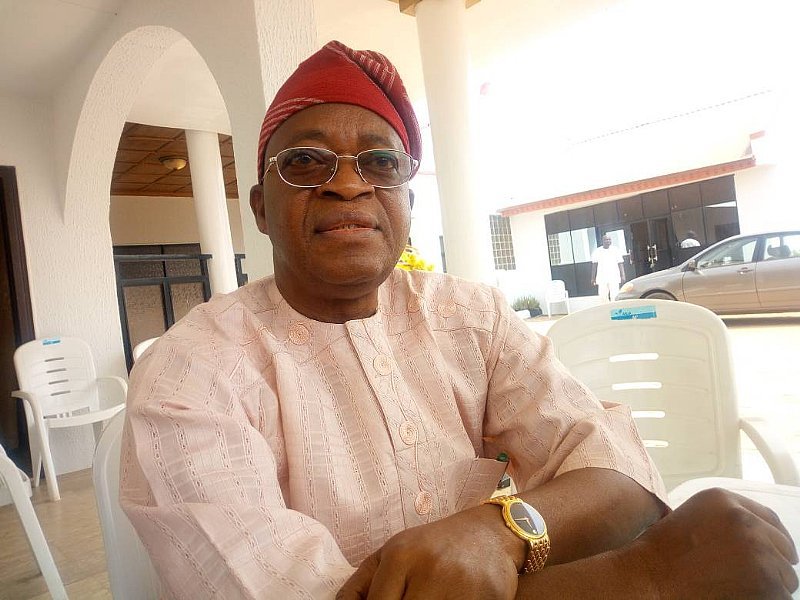 An investigation into Gboyega Oyetola, governor of Osun state, has unveiled how he bought a mansion in London from a company belonging to Kola Aluko, a Nigerian businessman who is being tried for money laundering.

This was revealed in leaked files retrieved from offshore services firms around the world and released in a Pandora Papers project led by the International Consortium of Investigative Journalists (ICIJ), and which Premium Times is a part of.

In the latest investigation, the secret tax haven of Tinubu, National Leader of the All Progressives Congress (APC), and Governor Gboyega Oyetola of Osun State, who is a relation of Tinubu, were exposed.

According to the report, the mansion where Tinubu, who is currently in London, has been receiving top politicians and high-profile personalities, is embroiled in a multi-billion fraud scandal.
According to Premium Times, documents obtained from UK property register revealed that in July 2013, the property with title number 340992, was bought for £11.95 million by Zavlil Holdings Ltd, a shell company incorporated in the British Virgin Islands, a tax haven.

Zavlil Holdings Limited, the paper reported, is owned by Aluko, who is an ally of Diezani Alison-Madueke, Nigeria’s former minister of petroleum resources. He has been the subject of various investigations in Nigeria and abroad for allegedly taking part in shady oil contracts.

The federal government had in 2017 sought an injunction to freeze the assets of Aluko, including the UK property located at 32, Grove End Road, London.

But just around the time (on October 18, 2017) the court dismissed the defendant’s attempt to dismiss the injunction, documents obtained from the U.K. property register revealed that Mr Aluko sold the house for £9 million to Aranda Overseas Corporation, an offshore company incorporated in the British Virgins Island by two of Mr Tinubu’s most trusted surrogates – Adegboyega Oyetola, formerly chair of Paragon Group of Companies and incumbent governor of Osun State and Elusanmi Eludoyin, Mr Oyetola’s successor at Paragon.

The huge discount at which the property was sold is curious and raised questions of whether Mr Aluko desperately needed to sell the property even while a court of law had placed a freeze order on it.

The United Kingdom, especially the greater London area, is noted for rapid increase in the value of properties. According to PREMIUM TIMES’ calculation of the likely value of the property when it was bought by Aranda Overseas Corporation done on the website of UK’s National Building Society, which is the largest building society in the world, the property should be worth approximately 17 million pounds. Thus, Mr Aluko sold the property at a discount of £8,000,000.

The expanse 6,975 sq ft property is situated at 32 Grove End Road, in the wealthy Westminster neighbourhood of London.

According to an advert brochure of the property released by popular United Kingdom real estate company, Savills, the estate is made up of two buildings – a five-bedroom property with a formal reception, a study, a master bedroom with an en suite dressing room, bathroom and a cinema suite with a balcony overlooking the rear garden.

Two of the other four bedrooms in the property are en suite. The second building on the estate is a self-contained two-bedroom flat which is built above the property’s double length garage. The property has a gym, two guest cloakrooms, a carriage driveway that can park up to eight cars, and front and rear gardens, and an electric gate.

According to Premium Times, Oyetola and one his associates had in 1999 sought the service of a Bristol, UK-based international company registration agent, Jordans Limited, to help them set up a company.

Leaked records, the paper said, revealed that Oyetola and his partner became the shareholders and directors of Aranda and “we did not see any record that the latter resigned from the management of the company even as he served as chief of staff to his predecessor, Rauf Aregbesola, thereby breaking Nigeria’s law”.

Upon becoming a public officer, such a person is mandated to withdraw from engaging in or directing a private business, except if it is farming.