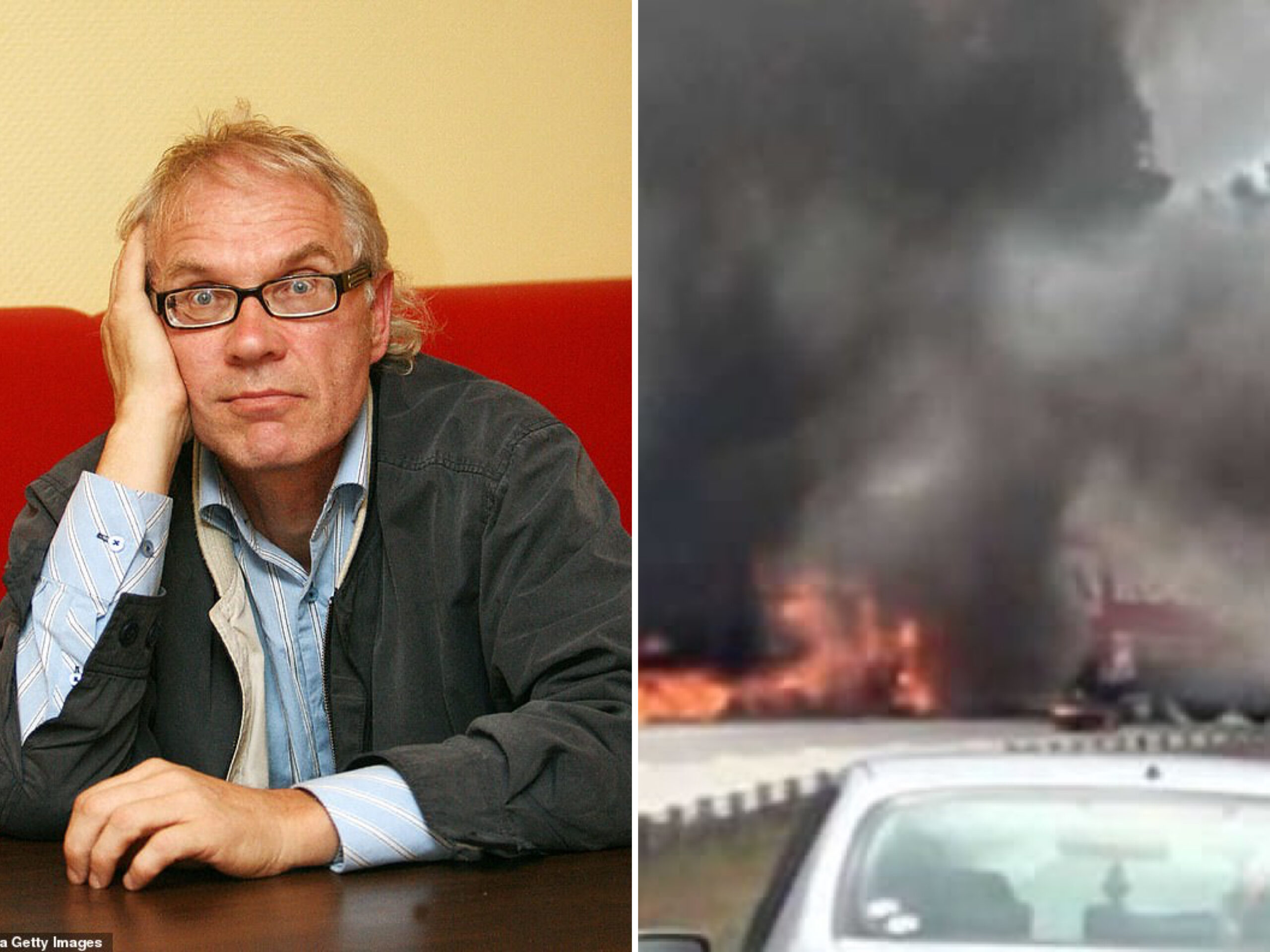 A Swedish artist who survived two murder attempts after sketching Prophet Muhammad’s head on a dog’s body has died in a horror car crash.

Lars Vilks, 75, died on Sunday when civilian police car he was traveling in veered onto the wrong side of the road and collided with a truck near the town of Markaryd in southern Sweden.

Both vehicles caught fire, two police officers who were tasked with protecting Mr Vilks died, while the truck driver, 45, was taken to hospital with serious injuries, according Swedish news outlet Expressen. 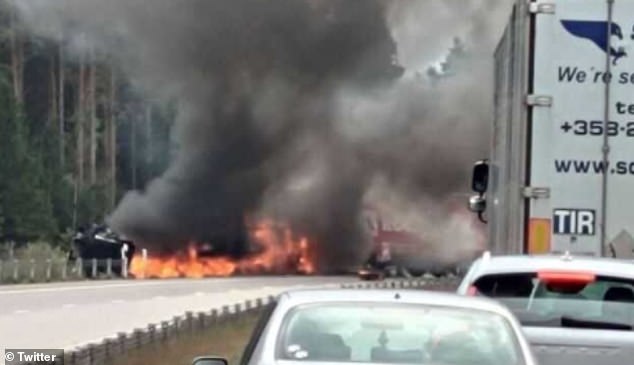 The crash is being investigated by the special prosecutor’s office.

The collision occurred just before 3pm in Markaryd, in the province of Kronoberg, Sweden.

Vilks, 75, lived under police protection after being subjected to death threats over the cartoon.

The cartoon, published in 2007, offended many Muslims who regard visual representation of the Prophet as blasphemous. 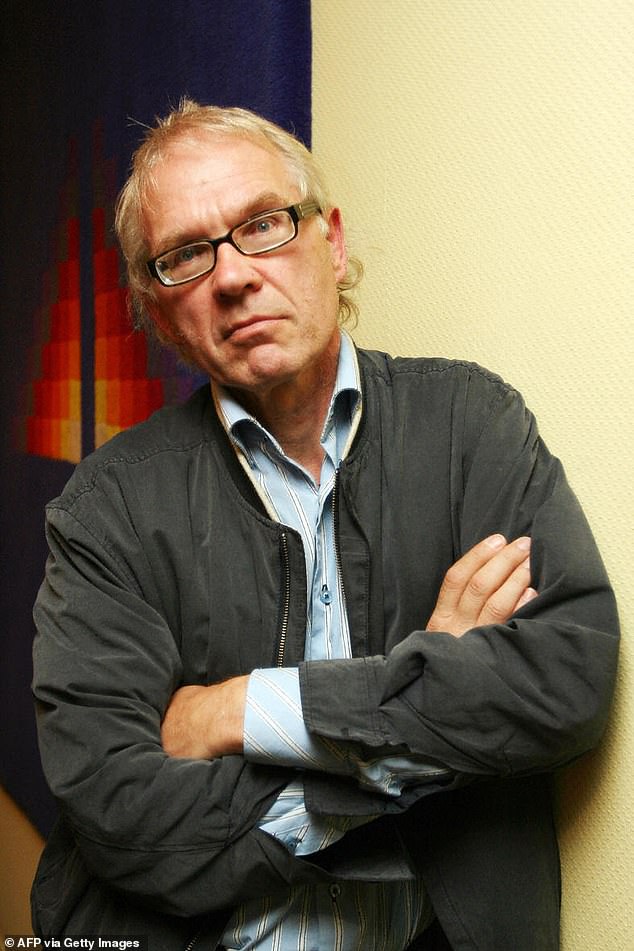 The cartoon caused outrage and led then Prime Minister Fredrik Reinfeldt to meet ambassadors from 22 Muslim countries in an attempt to defuse the situation.

In 2015, a lone gunman, Omar El-Hussein fired shots at the front of the Krudttonden cafe where Mr Vilks was taking part in a debate on free speech.

Also, Colleen LaRose, 51, of Pennsberg, Pennsylvania, pleaded guilty to conspiring to kill Mr Vilks in 2011 and was convicted in 2014.

Although he is most famous for his sketch of Muhammad as a dog, Vilks was an artist and activist who often worked with paint or created installations.

It is with dismay and great sadness that I received the news that our two colleagues and our security person died this afternoon. My thoughts go out to their relatives, families, friends and co-workers. I am also in contact with the police in the region to make sure that they get the support they need.

The relatives of Mr Vilks and the two officers have been notified.

On his part, Head of the special prosecutor’s office Anders Jakobsson said;

With the information I have now, it indicates that it is an accident. But the investigation is at a very early stage.

The truck driver was airlifted to hospital by helicopter, where he will be questioned by police over what happened.

The busy E4 road where the crash occurred has been closed off while police speak to witnesses. It is set to re-open at around 3am. 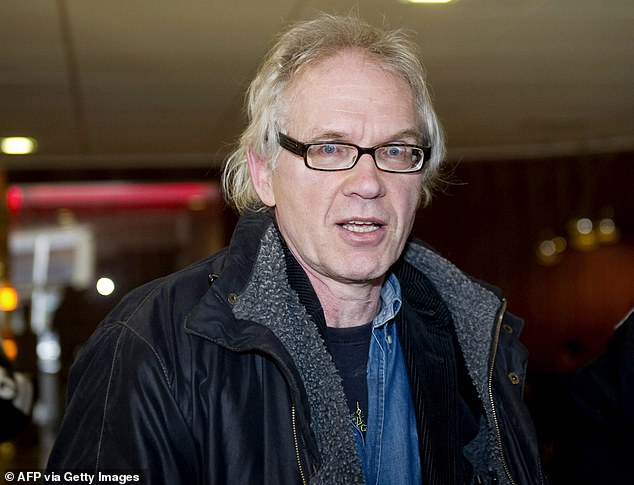 According to Expressen, the rescue service and the police said it would take a lot for a vehicle to be able to pass into the other lane, given that it is separated by a wire fence.

The section of the road has reportedly been rebuilt several times in recent years to improve traffic safety.

A police press conference is scheduled for Monday.