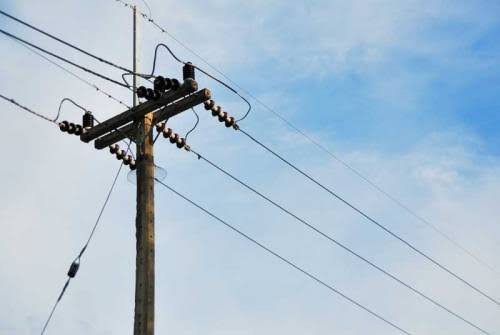 Pandemonium broke in the early hours on Sunday, when six worshippers were feared dead after a high tension electric wire suddenly snapped and fell on the victims during Sunday church service.

It was learnt that a high tension electric wire suddenly snapped and fell on the flag pole during Sunday church service, around 7:34 am.

The identities of the victims have yet to be verified, Daily Trust reports.

A source noted that the church members were trying to fix the Cherubim & Seraphim church’s flag while making way for some officials when they got electrocuted.

The flag’s pole was said to have touched the electrical cable which triggered the shock.

Meanwhile, Lagos State Fire Service was called in to prevent further damage to lives and property while officials of Ikeja Electric (IE) were said to have been contacted.

Confirming the incident, Director, Lagos State Fire, and Rescue Service, Mrs. Adeseye Margaret said some of the victims were unconscious as of press time.

The Ikeja Electric Distribution Company has been informed and consequently de-energised power distribution to the environment while rescue operations continue amid youth restiveness and tense area.

Man Dies On Electric Pole While Trying To Steal Transformer…