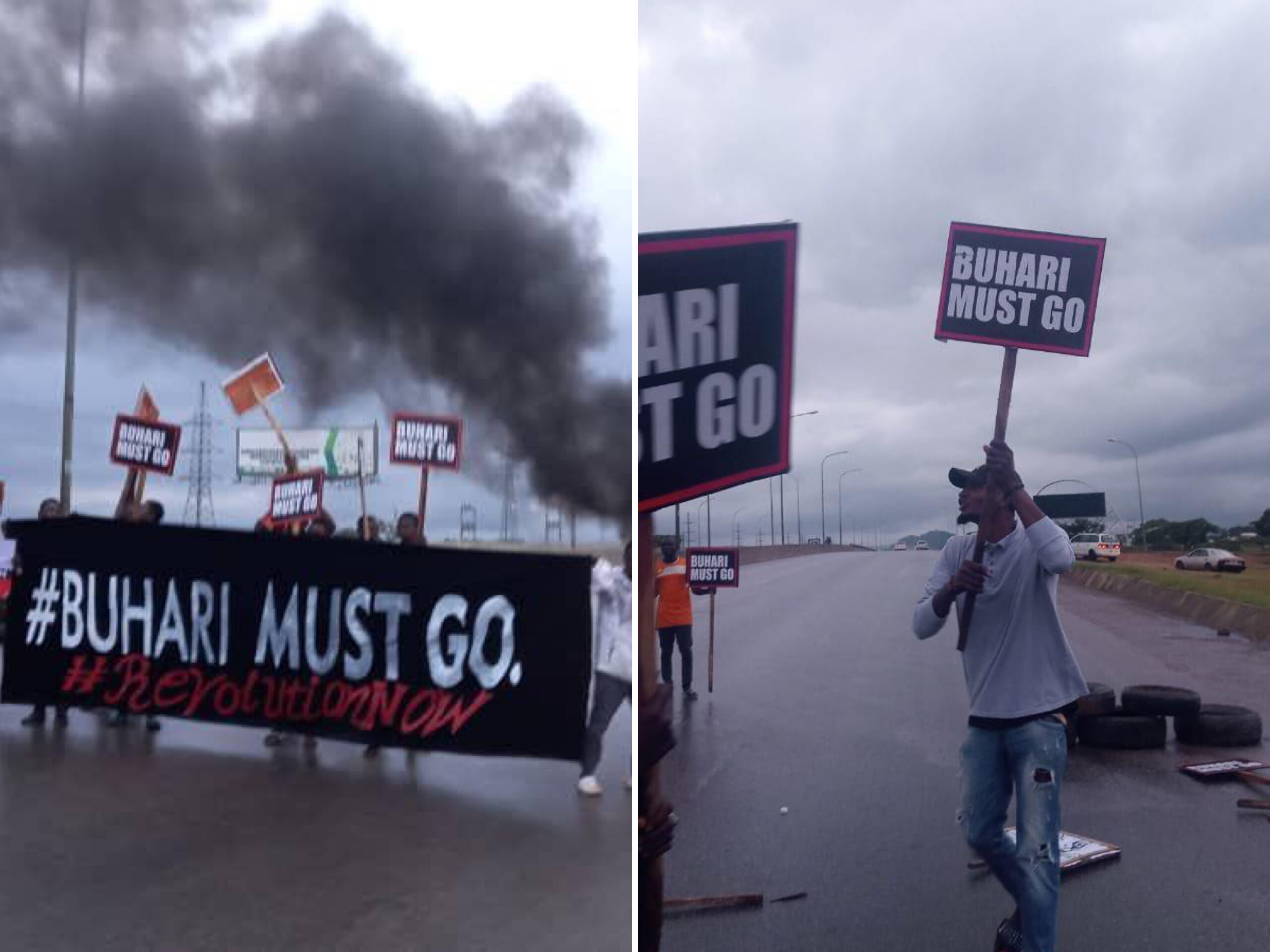 Protesters in the early hours of Friday stormed Dantata Bridge on the popular Airport Road in Abuja, demanding the resignation of President Muhammadu Buhari.

The protest coincided with the nation’s 61st Independence Anniversary.

Some Nigerian youths came out in their numbers on Friday morning all carrying placards which had the inscriptions #BuhariMustGo.

They also carried a large banner with #RevolutionNow written on it while moving in the streets.

The protesters also burnt tyres in the middle of the road as they chanted ‘Buhari Must Go‘.

In an attempt to disperse the protesters, the police arrived at the scene of the protest and fired teargas at them.

However, it cannot be ascertained if anyone had been arrested as ofthe time of filing this report.

Federal Government had said there would be heightened security in the days leading to the country’s 61st independence anniversary.

It therefore asked residents of the federal capital territory (FCT) and its environs not to panic.

Meanwhile, the proscribed Indigenous People of Biafra (IPOB) had said it would enforce a sit-at-home order on October 1 in the south-east.

In a statement last Saturday, Emma Powerful, IPOB spokesman, expressed that the group will also bring down Nigerian flags in the south-east region.

Powerful said the proscribed group is taking these actions in solidarity with Ambazonia, a secessionist group in Cameroon, whose purported independence anniversary is on October 1.

However, David Umahi, governor of Ebonyi state, declared that the people of Ebonyi will not sit at home on October 1.

See some photos and a video from the protest ground in Abuja. 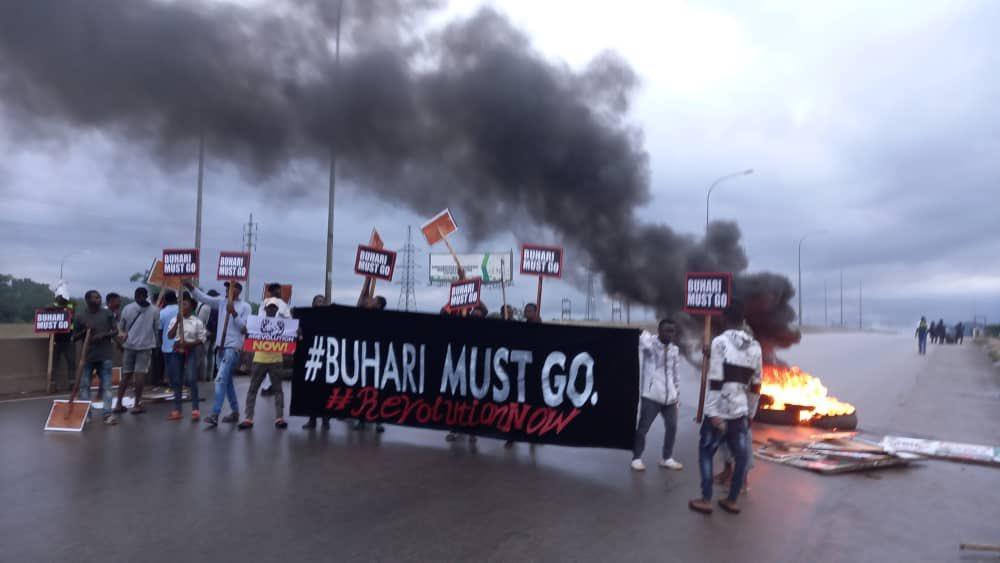 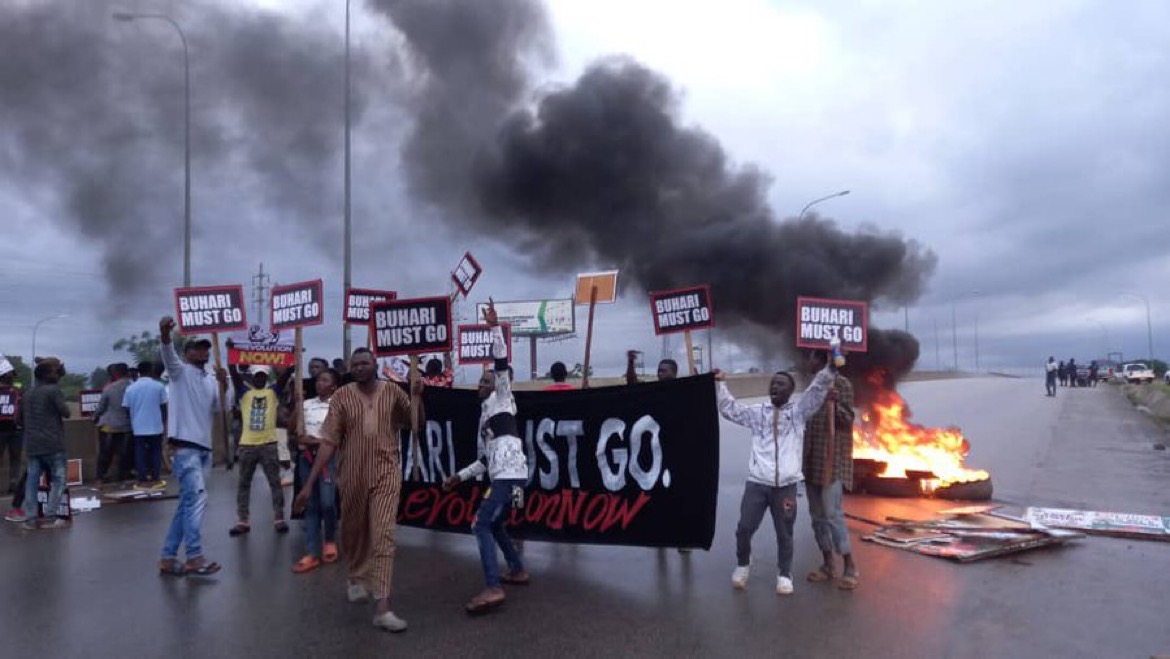 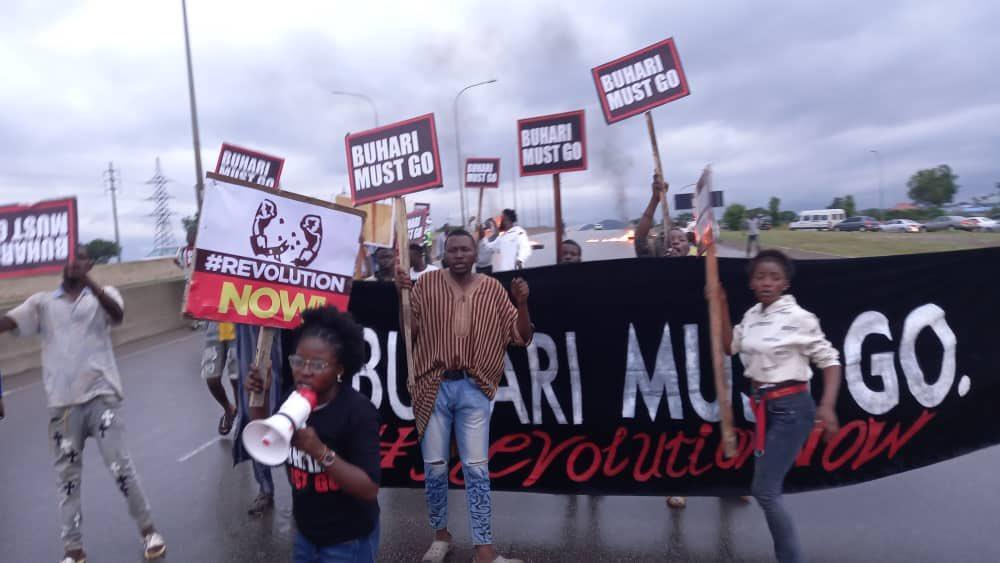 Week In View: President Buhari And His Activities Across…