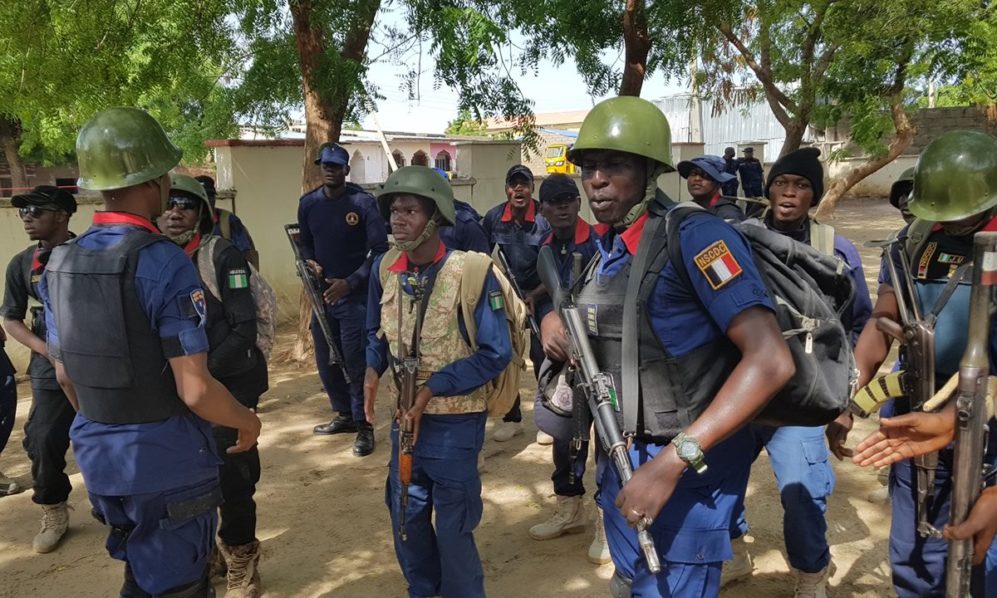 Nigeria Security and Civil Defence Corps (NSCDC), Kwara Command has confirmed the alleged killing of a herdsman by yet to be identified gunmen in the state.

This is contained in a statement signed by the Command Spokesman, Mr Babawale Afolabi, and made available to newsmen in Ilorin on Friday evening.

According to the statement, the unfortunate incident happened few days after a reported invasion of farm settlement at Oro Ago, allegedly by some gunmen, where one person died.

The report of the deceased was brought to our office on Friday, through our Divisional Officer in Oro Ago, Officer Najimu Lawal. This Fulani herdsman, simply known as Ibrahim or lbro, was attacked and hacked to death by the assailants.

Afolabi said that the killers were still at large, saying that the attack took place on September 30, as unknown gunmen in their large number allegedly stormed the premises of the cattle rearer and left him in the pool of his blood.

The spokesman expressed that the deceased brother had lost his life early in 2021, at the same address with the victim.

Afolabi said that manhunt has been launched for perpetrators of the criminal act.

He assured that NSCDC in collaboration with other security agencies would arrest the perpetrators and ensure prosecution after investigations.