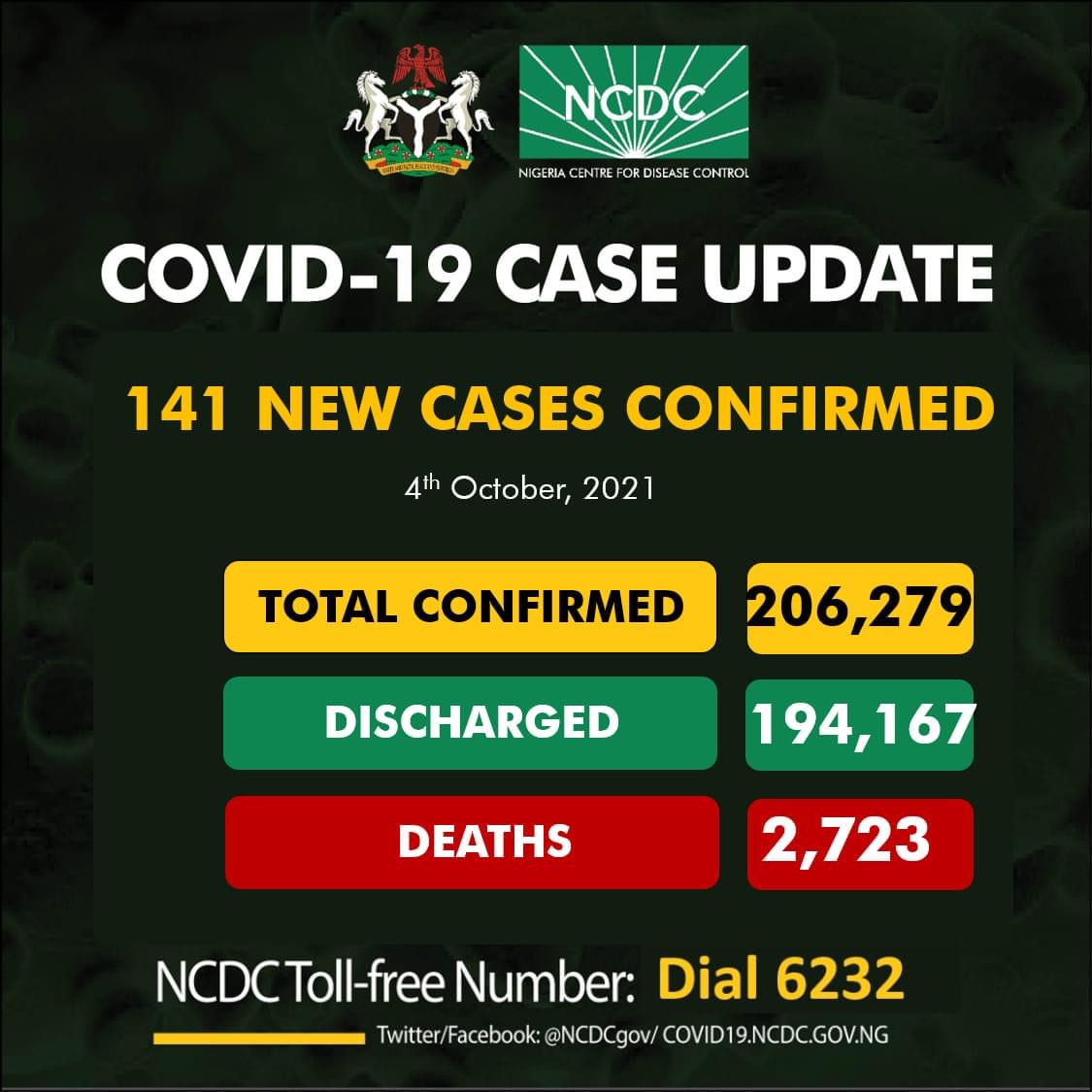 For the third day consecutively this week, Nigeria recorded no fatality from the coronavirus pandemic on Monday.

The country, however, recorded 141 new infections across nine states of the federation on Monday.

NCDC disclosed this in an update on its official website on Tuesday morning, noting that the fatality figure still stands at 2,723.

The centre also noted that 194,167 people have been discharged, while 9,389 are still down with the disease nationwide.

According to NCDC, Rivers State in the South-south came first on the log with 33 cases, closely followed by Gombe State in the North-east with 32 cases.

Lagos State, the epicentre of the disease, recorded 29 cases while Imo State in the South-east recorded 25 cases.

North Central states of Plateau and Benue recorded nine and five cases respectively, followed by Borno State in the North-east with four cases.

While Kano State in the North-west recorded three caes, Delta State in the South-south came last on the log with a single case.

In other news, a study shows that the effectiveness of Pfizer /BioNTech vaccine in preventing COVID-19 infection declined from 88 percent to 47 percent six months after the second dose.

According to the research published on Monday in the Lancet medical journal, the drop is due to waning efficacy, rather than more contagious variants.

The research also showed that the vaccine’s effectiveness in preventing hospitalisation and death remained high at 90 percent for at least six months, including the highly infectious delta.

To us, that suggests Delta is not an escape variant that is completely evading vaccine protection. If it was, we would probably not have seen high protection after vaccination, because vaccination would not be working in that case. It would start low, and stay low.

With the latest development, the EU now joins the United States, Britain and Israel where regulators have authorised the use of Pfizer-BioNTech booster shot.

EMA said people with weak immune system should be given a third dose at least 28 days after their second one.