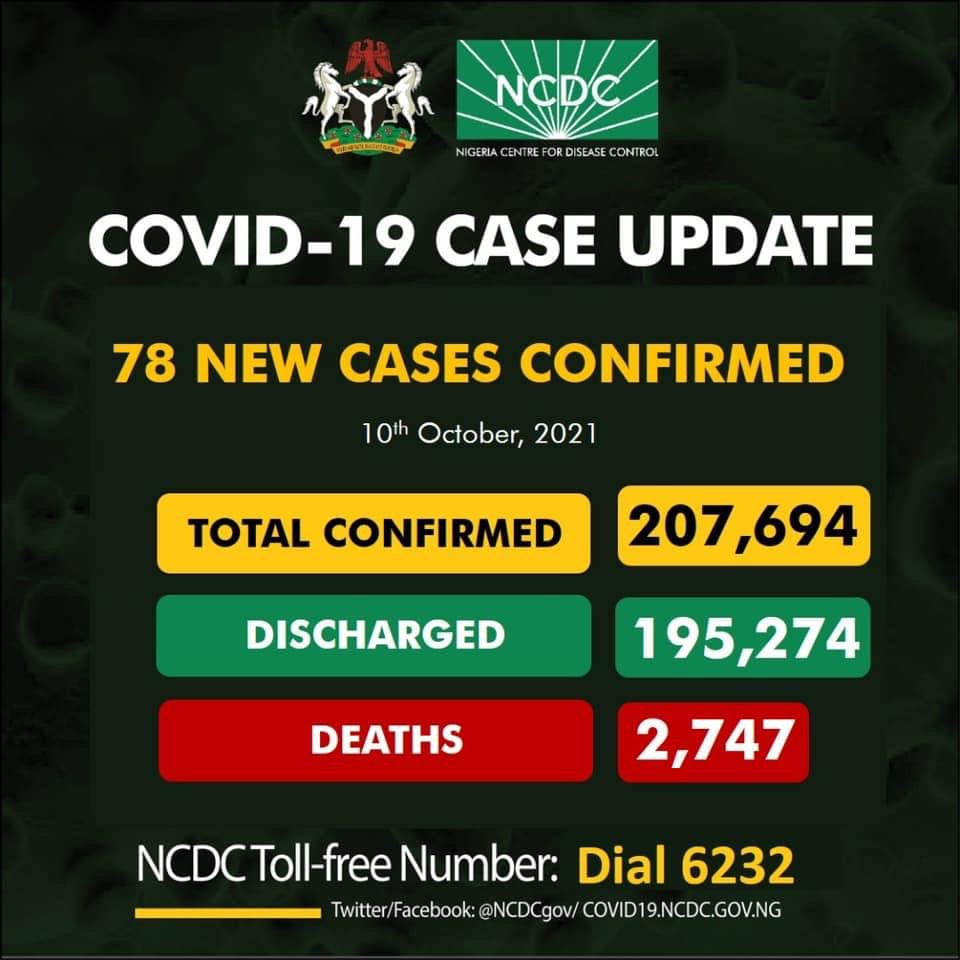 The country’s Centre for Disease Control (NCDC), in an update shared on its Facebook page late Sunday night, said the country’s fatality toll from the disease now stands at 2,747.

The disease centre added that the latest figure of confirmed cases has increased Nigeria’s infection toll to 207,694, while 195,274 people have been treated and discharged nationwide.

The latest data by NCDC revealed that Lagos State recorded 22 cases, followed by Kaduna State in the North-west with 12 cases.

The FCT reported 10 cases, and closely followed by Benue and Imo states with nine and eight cases respectively.

Meanwhile, Jigawa State in the North-west recorded three cases, Plateau in the North-central and Rivers in the South-south recorded a single case each.

The disease centre also noted that three states, Bauchi, Nasarawa and Sokoto states reported on Sunday that no single case was recorded.

In other, Egyptian authorities have ordered the arrest of three people after thousands of unused COVID-19 vaccine doses were found dumped along a water channel, according to Reuters.

The vaccine doses were reportedly allocated to the health directorate in Minya, a city about 220 km south of Cairo, where 18,400 vaccine packages worth $319,000 were said to be missing.

The dumped vaccines were said to have been scattered along the water channel’s banks in Bani Mazar province, north of Minya.