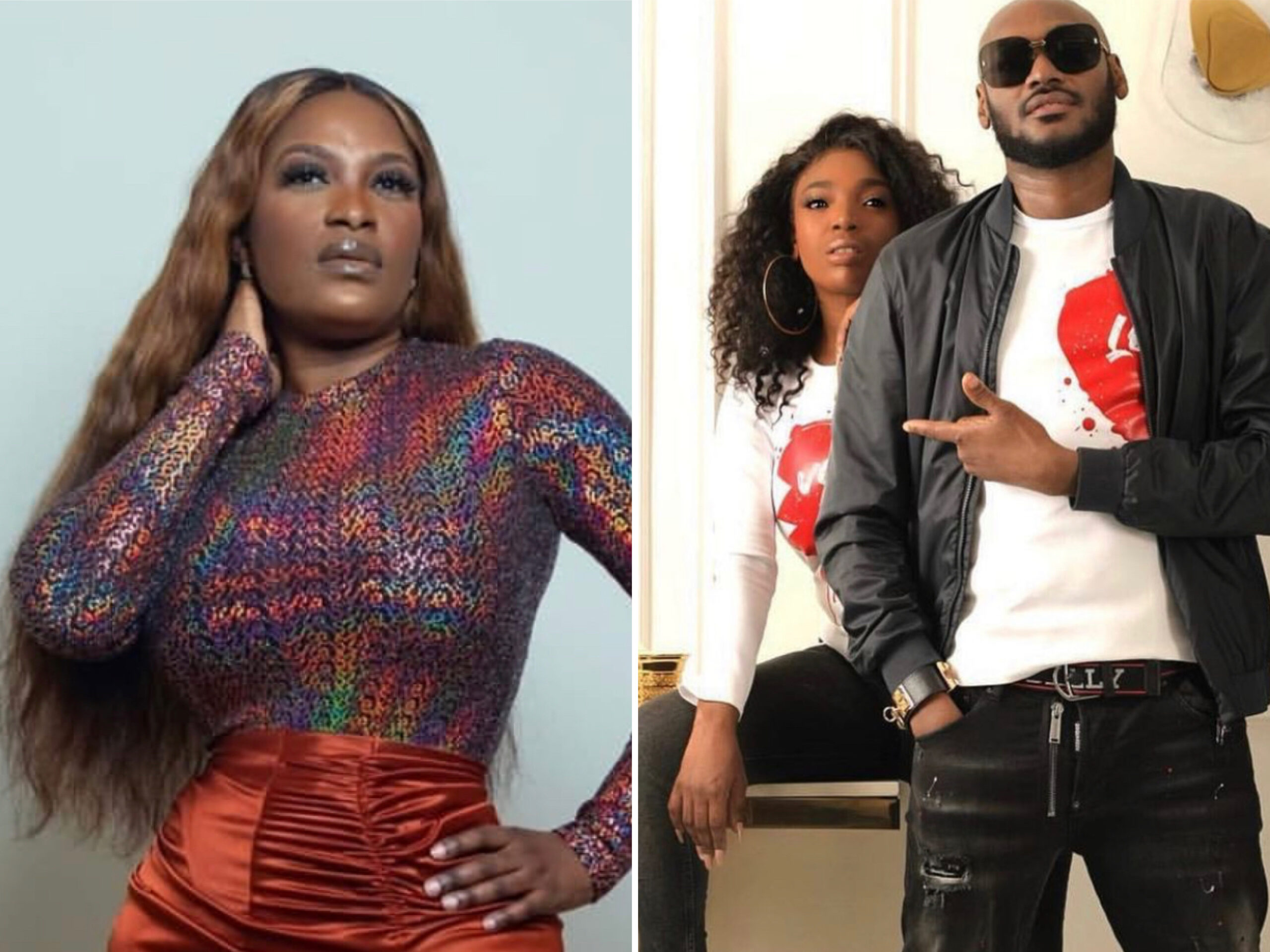 Singer, 2face Idibia’s baby mama, Pero Adeniyi, has on Saturday, October 16 finally broken her silence on the infidelity allegation leveled against her by the singer’s wife, Annie Idibia.

Pero revealed her side of the story in an exclusive interview with popular blogger, Stella Dimoko Korkus, where she opened up on several parts of the allegations by Annie Idibia, that has been trending online for weeks now.

Annie Idibia and Pero’s rift can be traced back to 2015 and 2016 when they both called each other out on social media.

Their relationship took a different turn when photos of 2face Idibia reportedly kissing Pero at his nightclub back in 2015 broke the Internet.

Then most recently, marital crisis in 2face’s home made its way to the internet on September 2, 2021, after Annie called out the music star on her Instagram page.

The mother of two girls accused his family of not loving and caring about her since their marriage and also called him out for his suspicious relationship with Pero, the mother of 3 out of his 7 children.

However as the dust settled, Annie cried out again about 2baba lying to her about his planned activity, saying he claimed he was going for a shoot but instead traveled to the US to meet Pero.

Weeks after the incident that sparked online buzz, Pero arrived in Abuja from the United States earlier this week, sparking reactions from many Nigerians.

Also, some videos of Pero’s friends and 2face’s family members surfaced online, where they described Pero as the singer’s ‘first wife’ and “unshakable First Lady”.

There were unconfirmed reports that 2face was in Abuja around the time Pero visited the nation’s capital.

Amid mixed reaction that trailed her visit to Nigeria and the viral video, Pero finally broke her silence in an exclusive Interview with SDK.

She spoke about how she never met with 2face in the United States back in August, adding that she isn’t friends with her children’s father because of her estranged relationship with Annie.

Pero stated that when Annie claimed that 2face was with her, she was shocked because she was with her boyfriend at that moment.

She further stated that she had not spoken to 2face in four months before she found out she was trending online over Annie’s allegation of being with 2face.

Commenting on the viral video, Pero said only the ladies in the clip can explain why they referred to her as ‘first lady’.

The mother of three also revealed that she is currently in Nigeria with her boyfriend to attend her cousin’s wedding.

Read the full interview below:

Did Tuface run off to America to stay with you?

I heard he came to America in August but we didnt see. its not every time he comes to America that we see. His brother lives there, so its possible that he may have gone there to stay with him…

My boyfriend was even with me the last time i heard Tuface was supposed to be with me and i was quite shocked and wondered if there are two Peros. When that story broke, I got so many calls that woke me up that i had to make calls to find out what was wrong and i called his manager and he told me ‘Pero this is not about you’. If it was not about me, why is my name mentioned? [sic]

What is your relationship status with Tuface?

I had not even spoken to him for about four months before i was woken up with calls to go and see I am trending online because Annie mentioned that he had run off to stay with me in America.. We dont really talk and we are not friends. It is because of this same reason that i have stayed away from him. [sic]

When last did you see Annie?

The last time i saw Annie was in 2019 and i had a convo with her and advised her to try and be a good wife and work on making her marriage work. She knows i am not the issue in the marriage and I wonder why she would mention my name.. She knows Tuface and I are not in contact because she keeps a tab on my activities from what i hear.

The truth is that i am too busy with my life and kids to be running after Tuface. This dragging on the Internet and all these lies are uncalled for really. [sic]

You and Tuface were both allegedly spotted in Abuja…

I left America with my boyfriend and we landed Abuja and i have been with him since then… I am always amazed to read these things but people who know the truth know it.. I am always told to keep quiet and not involve myself in any drama but for how long will i keep quiet? [sic]

There is a viral video where two Ladies referred to you as Tuface’s first wife..

Those two Ladies in the video, one of them is Tuface’s cousin and they know the truth…they wonder why I have been on my lane and i keep getting dragged into Annies marital drama. They are the only ones who can explain why they said what they said in the video. I am at peace with everyone. I have three kids for their brother so visiting me when i am in the country should not be an issue or make headlines…I cannot answer why they made the video and posted it. I was upset at first but then i had to let go, I am a happy person and have no time to waste on anger of any kind. [sic]

So why Did Annie mention your name in the voice note that leaked?

Help me ask her why she dragged me into her marital drama when she knows well that i do not have contact with her husband? She knows. Why am i her easy target to gain sympathy online? why try to make me responsible if your marriage is failing? I dare her to bring out any evidence of me and Tuface together as a couple? There is even no relationship at all.

I have stayed out of their lives to avoid drama even to the detriment of my three kids with Tuface, so why always drag me into it? Don’t you think i will be mentally sick if i am still after Tuface at this point in my life? I have everything going so well for me. I am in a relationship and I am happy and at peace…My boyfriend is even with me right now and is really surprised at all this stories that are not true….

I heard that anybody around Tuface that calls my name becomes an automatic enemy to Annie….Is everyone supposed to hate me because she does?

She fights his friends who are nice to me…I am like for Chrissake, you are a wife, face your marriage and leave me out of it. I am a private person and don’t do my things on the Internet so how am i supposed to come online and start dragging with her that she things she has said are lies? I would rather spend that energy making money. [sic]

Why are you in Nigeria?

I am in Nigeria to attend my cousin’s wedding today and I am attending with my boyfriend.

What about the wedding rings spotted on your finger?

Wedding rings? I had on fashion rings.

I really was not going to pay any attention to all these talks but since you called to hear me out, i have no choice but to respond. I read all the comments Online and I am quite shocked how easily people can be manipulated and how easily lies can be believed….I am not the reason Annie’s marriage is troubled, let her look for the cause and fix it and leave me out of it and stop mentioning my name anytime there is a problem. I wish them both all the best and i pray i will be left alone. This is my truth and it remains so.

2Face Idibia Admonishes Nigerians To Vote With Their Full…