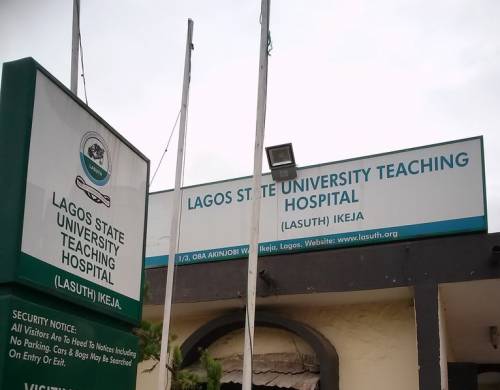 Professor Stephen Ikuerowo, Professor of Urology, LASUTH, made the disclosure in a statement issued by Ms Oluwaseyi Adewale, Head, Public Affairs Department of LASUTH, on Thursday, in Lagos.

The urologist revealed that the laser lithotripsy treatment would save patients the pain of opening up their upper urinary tract during surgery.

Lithotripsy is a treatment using ultrasound shock waves to break kidney stones into small particles that can be passed out by the body.

LASUTH is the first public hospital to deploy laser treatment for kidney stones in Lagos, and arguably in Nigeria, Ikuerowo said.

He added that the hospital now had a full upper tract endoscopic and laser facility, that could be accessed by the residents of Lagos and its environ.

However, accessing such care at LASUTH, he said, would be half the cost of getting the treatment in private hospitals in the country.

Also, Dr Oluwaseun Akinola, Consultant Urologist, LASUTH, said that the breakthrough would translate to access to more affordable healthcare, less scars and faster recovery rate for patients, noting that prior to the achievement, the care for kidney stones was not readily accessible in the hospital.

The present Management of LASUTH, under the leadership of the Chief Medical Director, Prof. Adetokunbo Fabamwo, has now made it possible, as the first surgery was carried out today by a complete team of local health professionals.

“This mode of treatment will allow patients to leave for home in two days,” he said.

The urologist advised the public to ensure adequate care by making it a habit to drink at least three litres of water daily, noting that 90 per cent of kidney stone cases were caused by dehydration.

He also advised a reduction in salt intake and maintaining a healthy lifestyle, while recommending a visit to the hospital immediately if they experienced abnormal pain.

Akinola stressed that kidney stones left untreated could develop into serious diseases that might cause total kidney collapse and eventual loss.

Pfizer: US Approves First Oral Pill For Treatment Of COVID-19

Sadiq Daba Had Oxygen Machine While Acting In ‘Citation’…