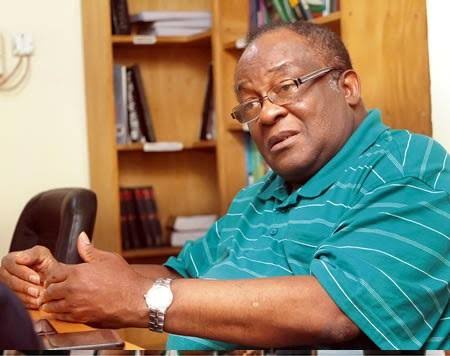 Oladipupo Williams, a legal luminary and senior advocate of Nigeria, has passed away at the age of 75.

The deceased son, Kunle said his father died in the early hours of Sunday from complications due to COVID-19.

My father passed away this morning from COVID despite being double vaccinated with Oxford AstraZeneca.

I just lost my elder brother, Chief Ladi Rotimi-Williams (aged 74+) to Coronavirus. He passed on at 3am this morning.

Ladi, as the deceased was fondly called, was called to the Nigerian bar about 48 years ago and became a senior advocate of Nigeria (SAN) in 1995.

Himself and his father (late Fredrick Rotimi) were the first father and son to become Senior Advocates of Nigeria.

Since 2005, Ladi and his brothers have been engaging in a dispute over his properties.

When the matter got to the supreme court, Sylvester Ngwuta, a former supreme court justice, had advised them to go and settle the dispute out of court.

The court directed them to work out a solution to the dispute among themselves without the involvement of an arbitrator.

In July 2021, Ladi dragged Asset Management Corporation of Nigeria (AMCON) before a federal high court in Lagos to ascertain circumstances surrounding the indebtedness of his brother, Folarin and two others in relation to the estate of their late father.

He urged the court to direct and compel AMCON to make copies of documents contained in the file of his brother and two others, Lambo Jumoke Oguntuga and Kemi Sheri Williams, concerning the N2,303,470,835.43 in which they stand indebted and any other details regarding the loan.

Ladi had alleged that Folarin might have used part of the estate of their late father (which he is not beneficiary to) to secure the loan to which he is now indebted. The matter is yet to be determined.